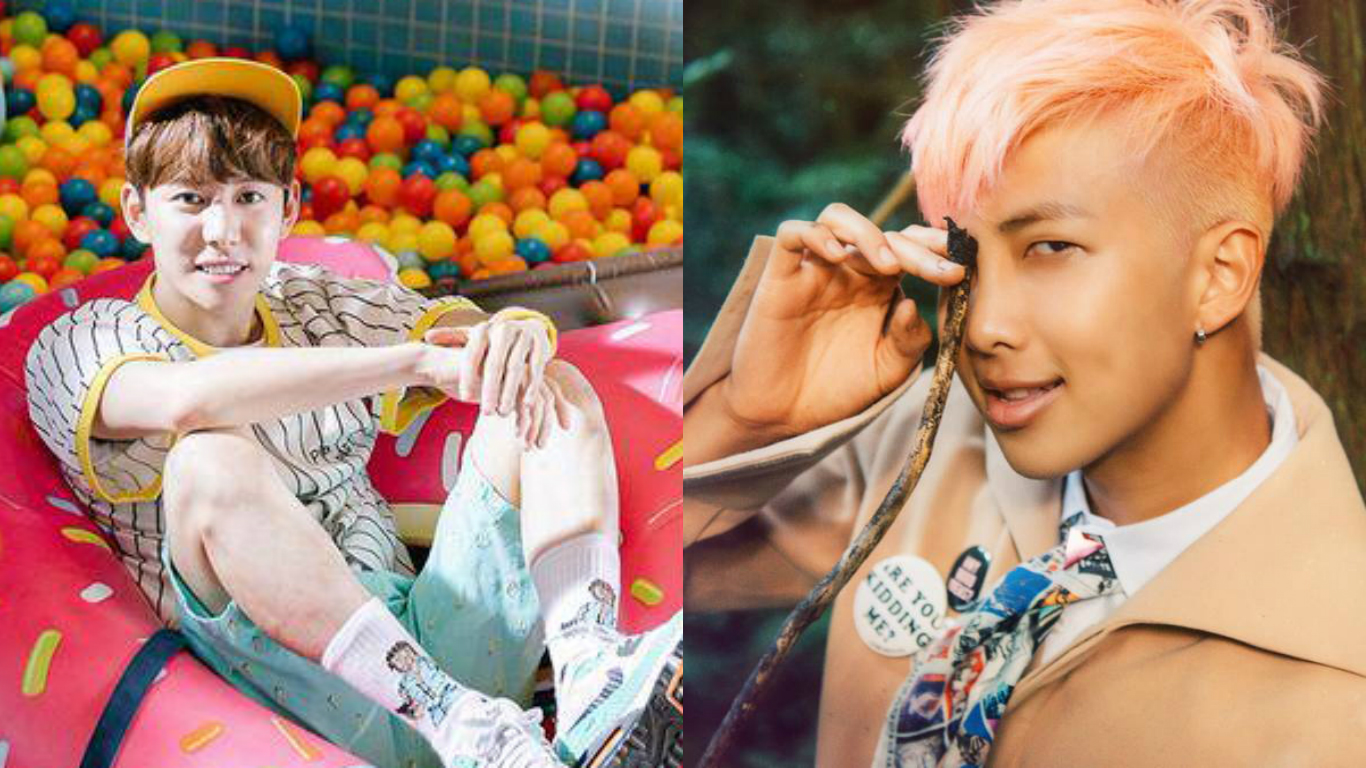 On February 16, CJ E&M held a press conference for the 100th episode and 2nd anniversary of “Problematic Men.”

When asked if the cast wanted to invite anyone in particular onto the show, they replied that they would like to invite BTS’s Rap Monster, who is a former member of the “Problematic Men” cast, back onto the show.

Jeon Hyun Moo asked Block B’s Park Kyung how he would feel about a one-on-one battle with Rap Monster, to which Park Kyung responded, “I have worked with Rap Monster in the past and he is a friend that I love and admire greatly. It has been a while since I’ve taken Rap Monster’s spot on the show, so I believe I may be able to solve the puzzles more quickly than him now.”

At first, Park Kyung would study and practice solving the puzzles before coming onto the show. Nowadays, however, Park Kyung has become more comfortable and is solving the problems on set based off hints from fellow cast member Kim Ji Suk.

When asked if he ever feels burdened when people call him a brainiac, Park Kyung gave an amusing response and said, “People now believe anything I say. Even if I am not sure, as long as I say it confidently, people will be impressed and tell me I know so much.”

Block B
BTS
Rap Monster
Problematic Men
Park Kyung
How does this article make you feel?