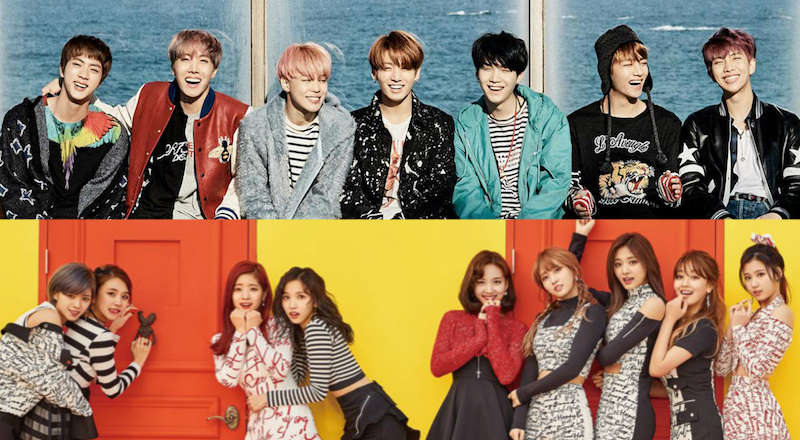 BTS And TWICE To Stage First Comeback Performances On “M!Countdown”

“M!Countdown” has announced that hit groups BTS and TWICE will be performing their new tracks for the first time on a music show in next week’s episode!

The group had announced that they will be performing their new songs for the first time for fans at their concerts in Seoul on February 18 and 19, but there was previously no official confirmation about plans for music show promotions this time around. However, in February 16’s episode of “M!Countdown,” teaser videos were aired that announced that BTS will be staging their first comeback performances on the show next week!

Hit rookie girl group TWICE is gearing up for a comeback with the release of their repackaged album “TWICEcoaster: LANE 2” and its title track “Knock Knock” on February 20 at midnight KST. “M!Countdown” has also shared previews that announce that TWICE will be making their first comeback performance in the next episode!

This much-anticipated episode of “M!Countdown” will air on February 23 at 6 p.m. KST on Mnet. In addition, both groups will be appearing the day before at the 6th Gaon Chart Music Awards on February 22.

TWICE
BTS
M!Countdown
How does this article make you feel?