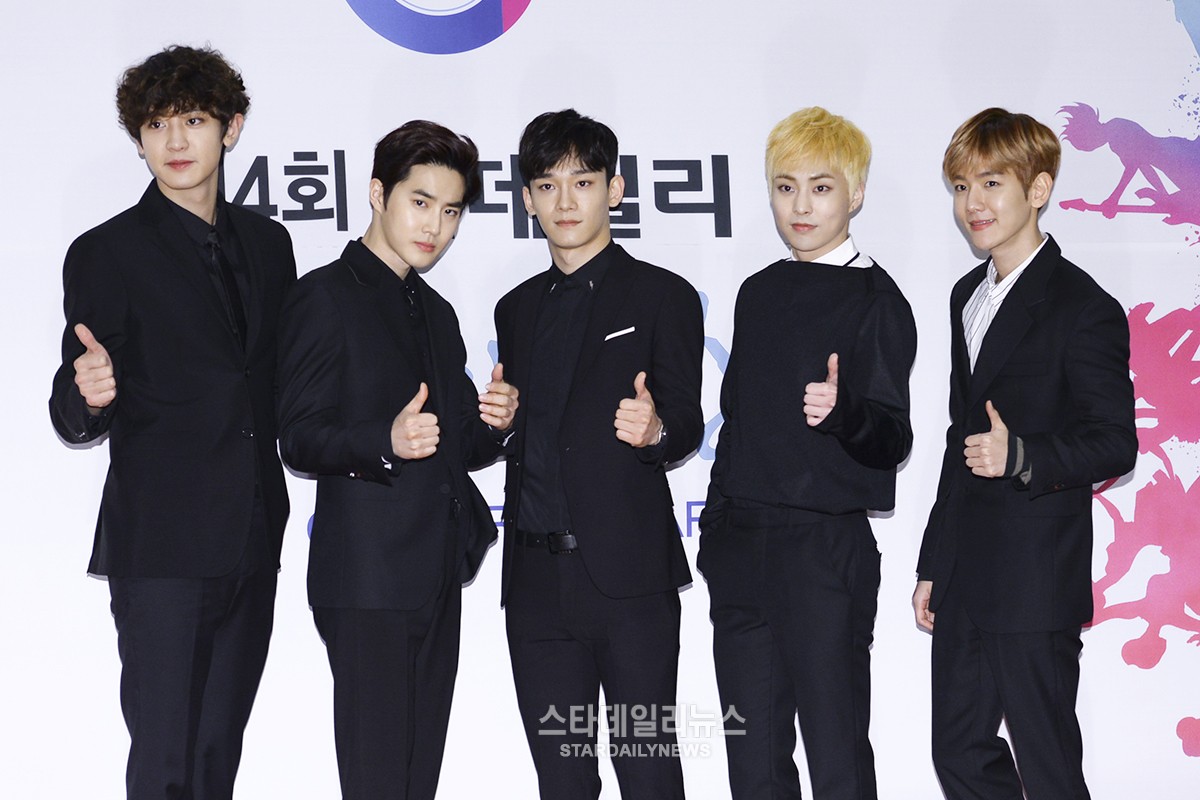 EXO has been recognized for their “EXO Planet 3 – The EXO’rDIUM” concert by the Edaily Culture Awards.

The Edaily Culture Awards are attended by various celebrities in the entertainment industry, and was first initiated in 2013 to raise morale of performers and increase development in Korea’s cultural arts. For the fourth Edaily Culture Awards this year, held on February 16, there was a wide spectrum of categories that stars received awards for, ranging from classical music to theatrical performances.

When EXO was announced as the recipient of the top award for the concert performance section, Suho, Chanyeol, Baekhyun, Xiumin, and Chen took to the stage to accept the prize.

Leader Suho expressed, “It’s an honor to receive such a meaningful award here with other performers. Thank you so much to our CEO Lee Soo Man, SM seniors, managers, staff, our concert production company, producer Jae Won, and the nine hardworking EXO members.” 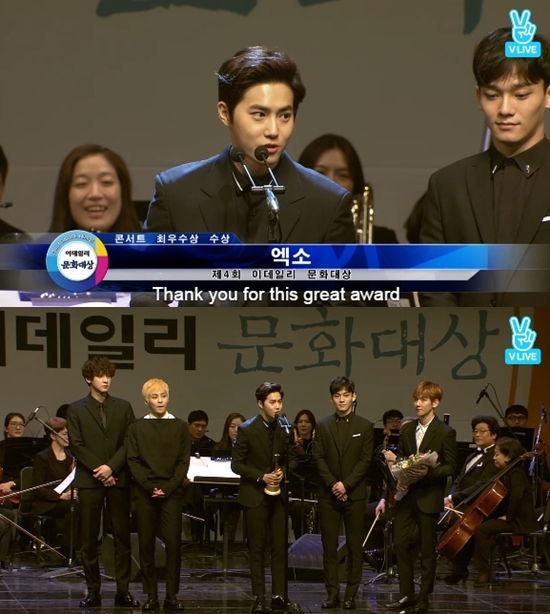 He continued to give thanks by saying, “We wrapped up a successful series of concerts and are able to be where we are thanks to EXO-L. As EXO, we will strive to spread K-pop worldwide.”

SM Entertainment also shared a cute photo of NCT Dream and EXO together backstage during the event. 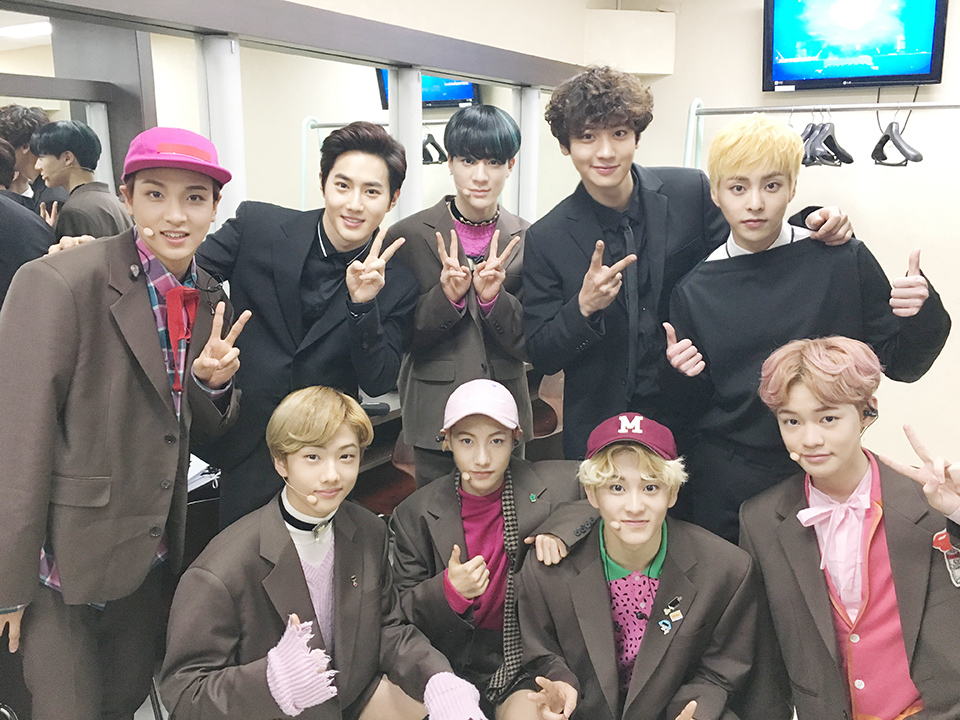