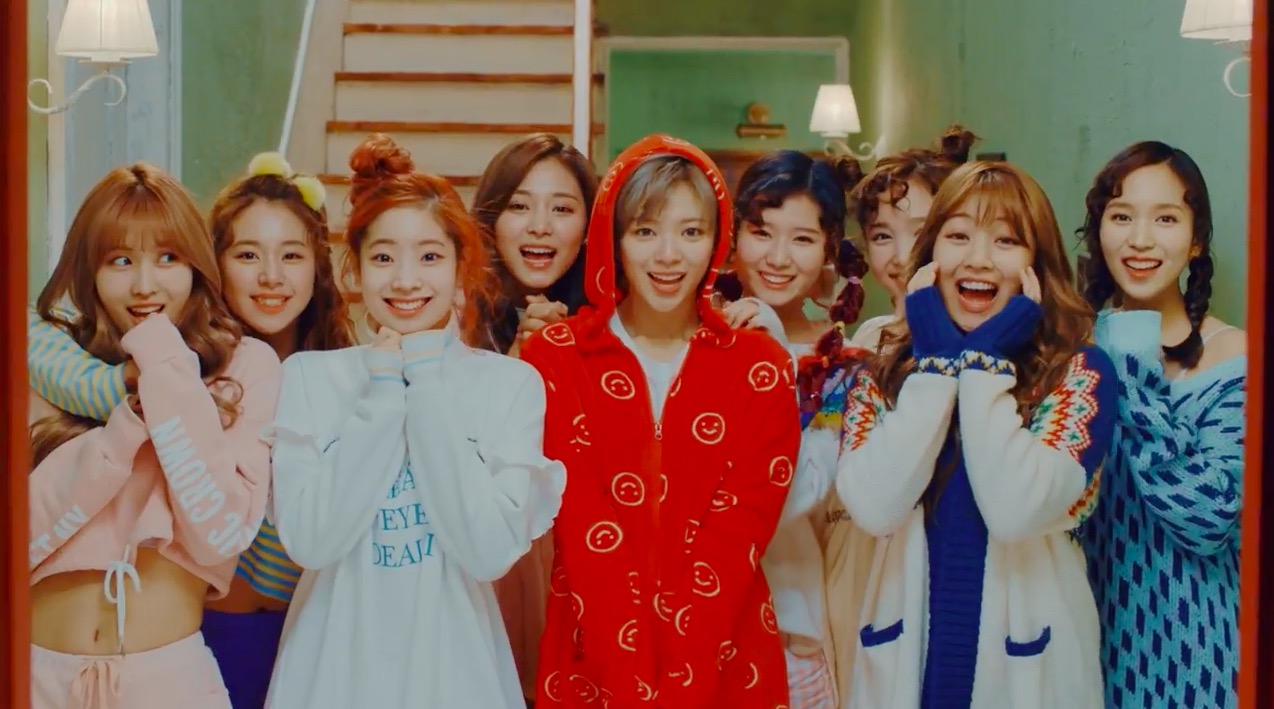 TWICE has gifted fans with a quick first look at their upcoming MV!

The hit rookie girl group will soon be releasing their repackaged album entitled “TWICEcoaster: LANE 2,” which features the title track “Knock Knock.” On February 17 at midnight KST, they revealed their first teaser video for the music video for “Knock Knock,” which features the members excitedly running down a set of stairs before looking thrilled to bits as they wait for their front door to open.

TWICE’s new music video will be released on February 20 at midnight KST. So far, the group has released a group teaser photo for “Knock Knock” as well as three sets of individual teaser images, featuring Nayeon, Tzuyu, and Sana, Jeongyeon, Mina, and Jihyo, and finally Chaeyoung, Momo, and Dahyun.

Are you counting down the hours until “Knock Knock” is released?