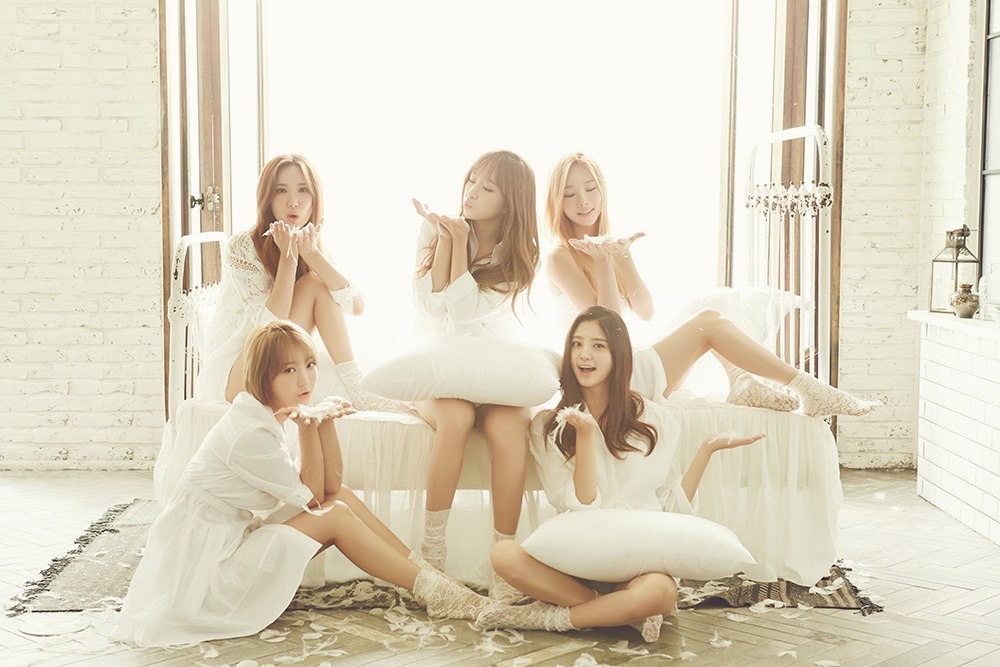 February 16 marked EXID’s fifth anniversary, and the members commemorated the milestone with a set of handwritten letters to fans.

The notes were posted on EXID’s official Instagram account with the caption, “It’s been five years since EXID was first introduced to the world. Thank you to LEGGOs for your endless love and support making this possible. Keep spending your #Spring Summer Autumn Winter with EXID in the future.”

In her note, LE wrote, “Our fifth anniversary. I’m surprised by how so much time has passed. I’ve been so happy to be your singer for the past five years! I want to keep being your singer for a long time. I love you.”

Junghwa’s letter read, “It’s already been five years since EXID came out into the world. It’s so surprising and a strange feeling comes over me [when I think about it]. I’m really grateful to our LEGGOs for staying by our side all this time, and please keep loving us in the future. Thank you, and I love you.”

Solji wrote, “To our lovely LEGGOs. Hello! You’re all doing well, right? Congratulations to EXID on our fifth anniversary! I can’t put it in words so thankful I am to you, and I know I’ll keep feeling that way in the future. Let’s stay together. I really miss you. I’ll get better soon so I can come see you! I love you.”

In her note, Hyerin said, “EXID’s fifth anniversary, tada~ I can’t believe so much time has passed already and we’re celebrating our fifth anniversary with LEGGOs. Take all the luck from the new year and all my love as well. I love you, let’s be happy together in 2017.”

Finally, Hani wrote, “Congratulations to EXID turning five. We were able to go through our ‘ferocious fours’ without any difficulties, so I hope this year is filled with nothing but good things for all of us. Let’s be happy for a long, long time.”

Congratulations to EXID and LEGGOs on their fifth anniversary!