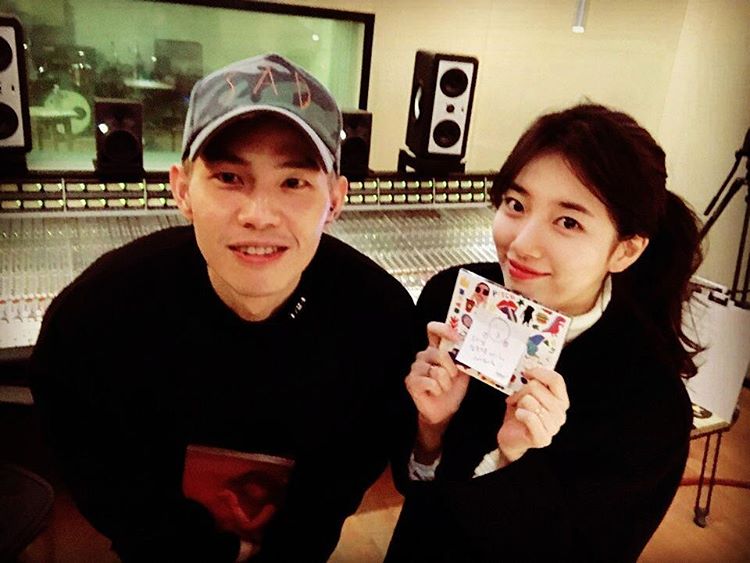 The collaboration was confirmed by a source from Park Won’s agency MakeUs Entertainment.

The source said, “Everything from the recording to the music video was completed in a bright atmosphere. Please look forward to the new harmony Park Won and Suzy will be creating.”

The new duet track will be released around the end of February.

Only two months into 2017, and many collaborations have made their mark on the music scene.

In an Instagram post on February 17, Suzy revealed that she may also be releasing a new collaborative track very soon, with singer Park Won.

Along with a photo of them smiling next to each other while she holds his “1/24” album, she wrote, “What do you think? You know even if I don’t tell you right?,” and indirectly suggested that they would be releasing a duet of some sort.

Park Won originally debuted as a part of the indie duo One More Chance back in 2010, and is known for his numerous radio appearances both as a guest and DJ. He also sang OST tracks for several dramas, such as “My Wife Is Having an Affair This Week.”

What do you think about a possible collaboration between these two singers?

Suzy
miss A
Park Won
How does this article make you feel?