After previously releasing a image, Kim Hyung Jun has released another teaser image as well as more details for his upcoming mini-album “AM to PM 5-11-3.”

Check out the details below! 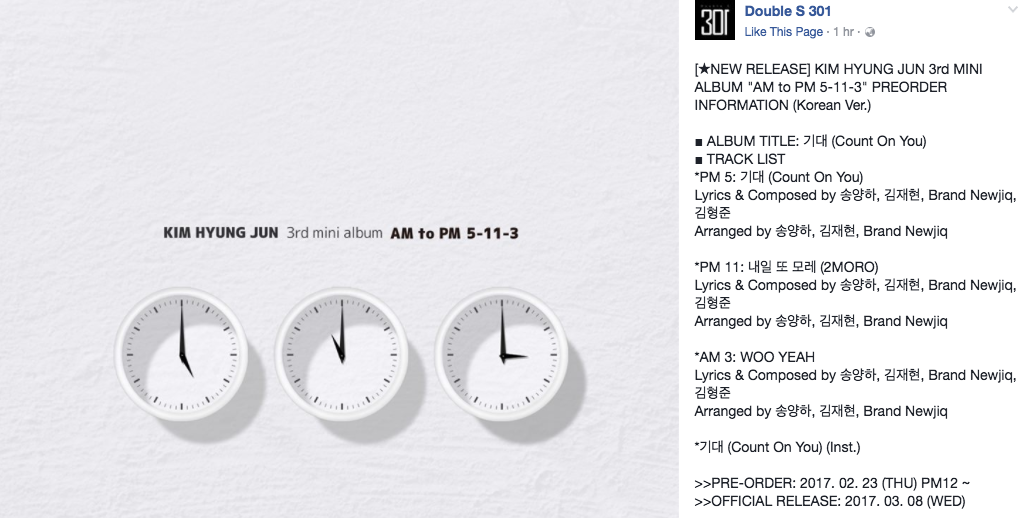 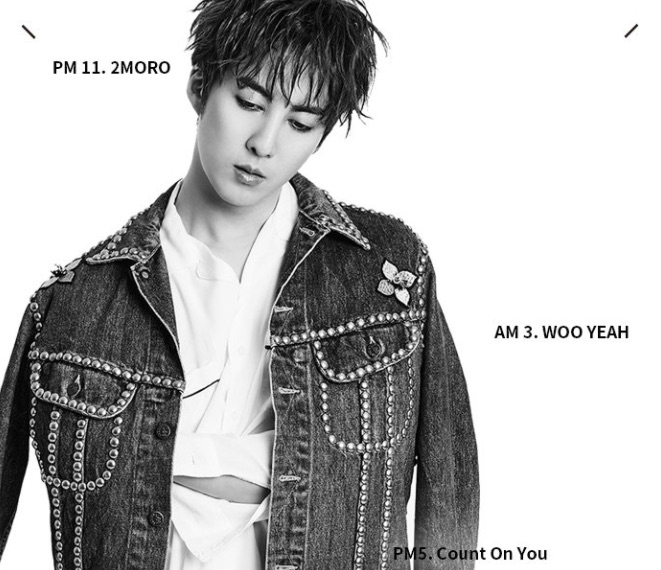 SS301’s Kim Hyung Jun will release a new album prior to enlisting in the army for mandatory military service.

CI ENT unveiled the first teaser and revealed that his third mini album “AM to PM 5-11-3” will be released in March.

A source from his agency said, “This album will be especially meaningful to fans as it is his last album prior to joining the army. Kim Hyung Jun participated in producing the album in addition to writing lyrics and composing. We ask for a lot of interest and support.”

Kim Hyung Jun will be starting his military training and service on April 6.

SS301
Kim Hyung Jun
How does this article make you feel?