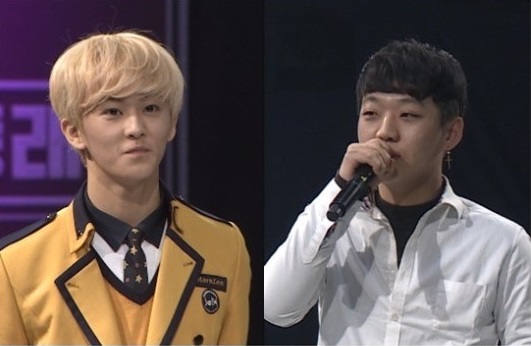 It’s a showdown between the “veterans”!

The second episode of Mnet’s “High School Rapper” will continue its selections in Eastern Gyeongin and Seoul’s Gangseo Region, and highlight performers are those who have already proven their extraordinary abilities in activities even before the program began, such as NCT’s Mark, Dickids’ Yang Hong Won (Young B) and Lee Soo Rin (Luda), Yoon Byung Ho (Bully Da Ba$tard), and more.

The upcoming episode will also reveal if MC Gree, the final performer of last week’s episode, was successful in battling his way into top nine.

The production team said, “It’s not just the high-profile Yang Hong Won and Mark, but also high school rappers who’re on a survival stage for the first time that have turned the venue upside down with their terrific skills. The cheers of the audience as highly-talented rappers took the stage were as explosive as that in ‘Show Me The Money.’ Please look forward to the performances of the hidden talents who will overwhelm [you] at once.”

The episode will be broadcast tonight (February 17) at 11 p.m. KST tonight.

Whose performance are you looking forward to the most?