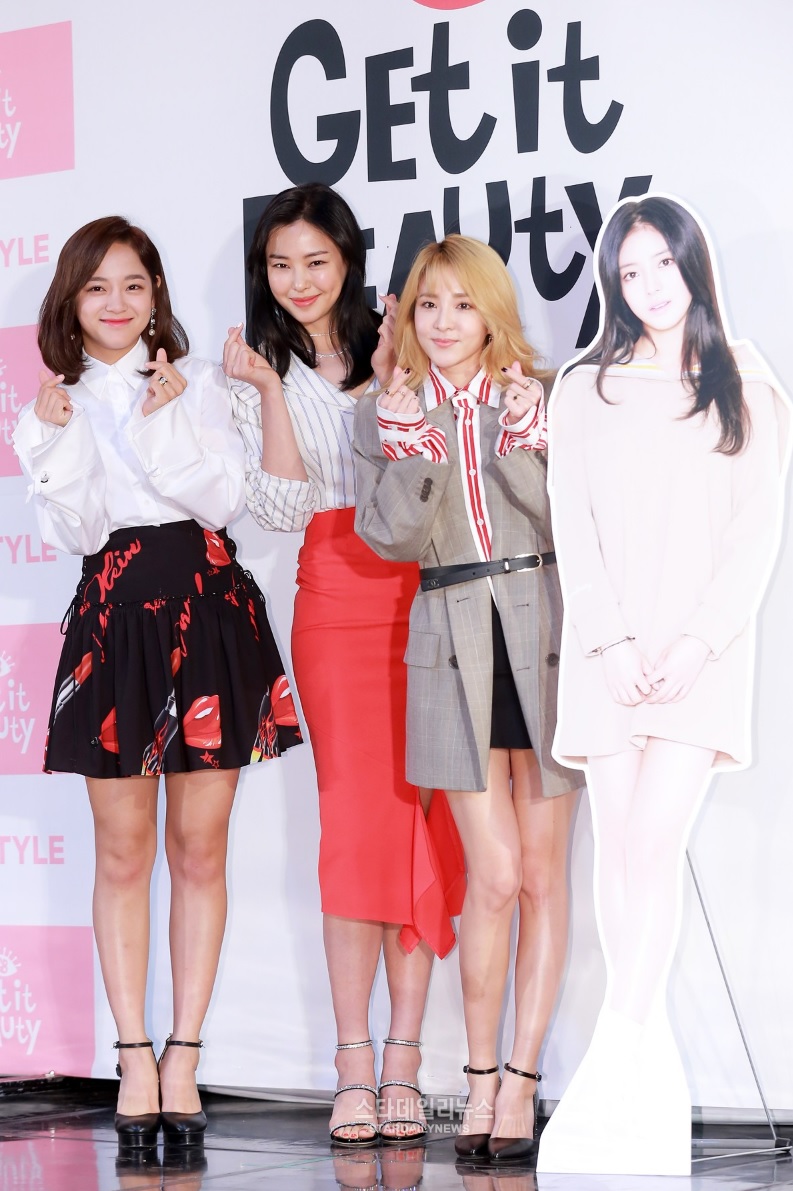 OnStyle’s “Get It Beauty 2017” will be starting this year’s season afresh, with a new format and new MC lineup, which includes Honey Lee, Lee Se Young, Sandara Park, and gugudan’s Kim Sejeong.

At the program’s production press conference on February 17, producing director (PD) Oh Kwan Jin introduced the new direction that the show was going to take, saying that it would be both informative and entertaining. There will be blind tests, and the cast will also drive out to meet with viewers directly.

Honey Lee, who has been an MC for the program since 2015, said, “As this is my third year, I feel added pressure and responsibility. Although there will be more depth, I hope to do it in a fun way. I’m nervous, but I’ll work hard for a better ‘Get It Beauty.'”

Lee Se Young, who was absent because of a conflict in schedule, said through a video interview, “I’m a beauty novice, but I want to become a veteran through ‘Get It Beauty.’ Please look forward to it.”

Sandara Park also expressed similar sentiments, saying, “I’m a cosmetic maniac, but there’s still a lot that’s inadequate. I hope to learn a lot,” while Kim Sejeong said, “Initially, I was easygoing and like a man, [so] I had no interest in beauty. But I [became] good at it and had great interest in it. I will play well the role of the youngest [MC] who helps the older sisters.”

PD Oh also addressed product placement (PPL) issues, saying that beauty programs cannot avoid PPLs, but that their top priority is introducing good products. They will also not accept PPLs in corners like blind tests, which will be conducted fairly.

Sandara Park
gugudan
Kim Sejeong
Honey Lee
Get It Beauty
Lee Se Young
How does this article make you feel?