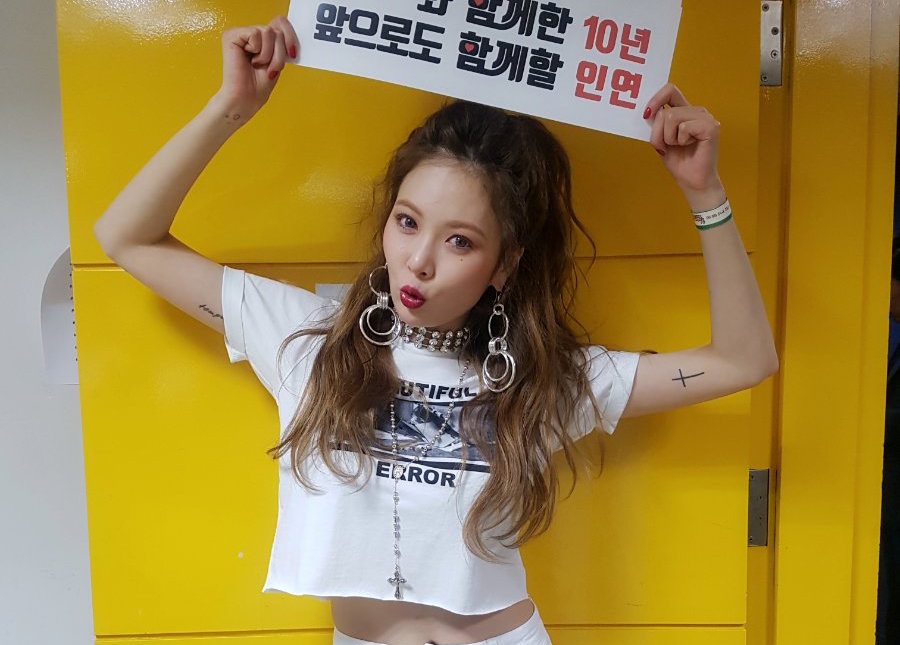 HyunA recently celebrated her debut anniversary with her fans, and revealed a special surprise.

On February 17, the idol held a free fan meeting entitled “Fantopia HyunA Land,” in honor of 10 years since she debuted as a singer.

At the event, HyunA reportedly announced her new fan club name, “A-ing.” The name was chosen by the idol herself, making it extra special.

Cube Entertainment also posted about the meaningful day, and thanked everyone for staying by HyunA’s side for the last 10 years.

Congratulations to HyunA and A-ings on this special anniversary!

Thank you to Feyza for the tip!