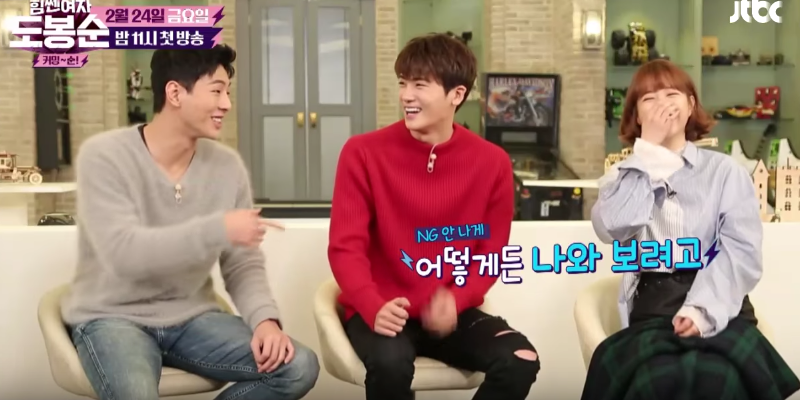 This ratings promise will fulfill the wishes of anyone who’s ever wanted to meet these actors!

During a special preview episode of JTBC’s “Strong Woman Do Bong Soon,” the cast talked about their hopes for their upcoming drama.

When host Park Kyung Lim asked if they had any ratings goals for their very first episode, and then suggested 3%, the actors expressed their surprise at the relatively high number as this is a cable drama.

After a brief moment of contemplation, Park Bo Young carefully said, “What about if we escort [the viewers] home?”

All for the idea, the cast concluded that five viewers, who typically end up going home late alone, would be selected randomly to be escorted home by one of the five main actors from the drama.

They ended by relaying how they hoped viewers would become happy and energized while watching this drama, and shared a few funny (and painful) NG clips, which you can watch below.

What do you think about this unique ratings promise?

Strong Woman Do Bong Soon
How does this article make you feel?