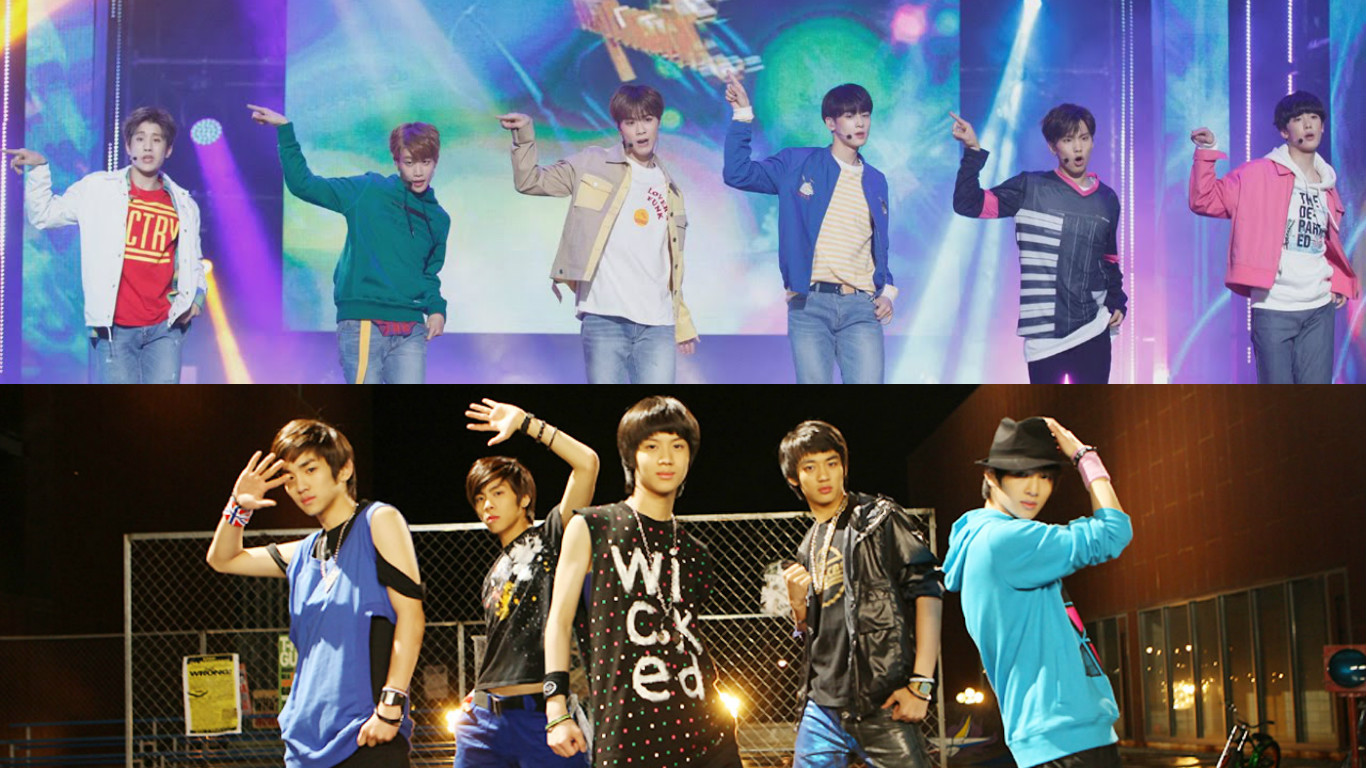 ASTRO has SHINee’s debut song down! The vocals are on point, especially considering the group is covering one of the best live vocal groups! Even the styling is reminiscent of 2008 SHINee!

Hyorin has one of the most unique voices in K-pop. Adele’s songs are extremely tough, but Hyorin, once again, proves her voice has a strength all of its own! Her emotional vocals suit this ballad perfectly!

VROMANCE took on the challenge of singing the one and only Beyoncé. The group added their own twist to this classic song and showcased their talent! VROMANCE has done many covers, inlcuding Crush’s recent OST hit “Beautiful” and this cute girl group mashup. VROMANCE never disappoints!

“Mirotic” is a classic song. It has everything, boss rapping, awesome choreography, and insane high notes. Only the brave should attempt this song, and MONSTA X did exactly that! They pulled off a sexy, immaculate cover of this great song!

GFRIEND are effortlessly cute in this TWICE cover! Their adorable performance is punchy like TWICE, but still has that bright, GFRIEND vibe. TWICE also performed GFRIEND’s “Me Gustas Tu,” showing off their sweet friendship!

You only need to watch MAMAMOO perform on KBS2’s “Immortal Song” — or anywhere else — to know that they are vocal queens. Although Moonbyul is an amazing rapper, she also has a stunning singing voice! Her version of “Don’t Forget” fits her peppy personality and charming voice!

Another classic K-pop song makes the list! “Abracadabra” is an award winning, chart topping banger that was everywhere in 2009! These electronic beats were designed to get stuck in your head! EXID’s mirroring of Brown Eyed Girls’ sexy stage presence is on point!

BTOB is full of amazing vocalists, but Hyunsik’s husky voice definitely deserves more attention! “All Of Me” is a magnificent love song and Hyunsik is a remarkably multi-talented artist. He also covers the jazzy “Moondance,” showing his versatility for genres. Hopefully there will be more from him this year!

Blackjacks and Inner Circle get your tissues ready! Here’s WINNER covering 2NE1’s “Missing You.” The haunting harmonies blended with Mino’s intense rapping create a pool of emotions for you to drown in.

Which one is your favorite? This list is by no means exhaustive; what other covers can you think of? Let us know in the comments below!