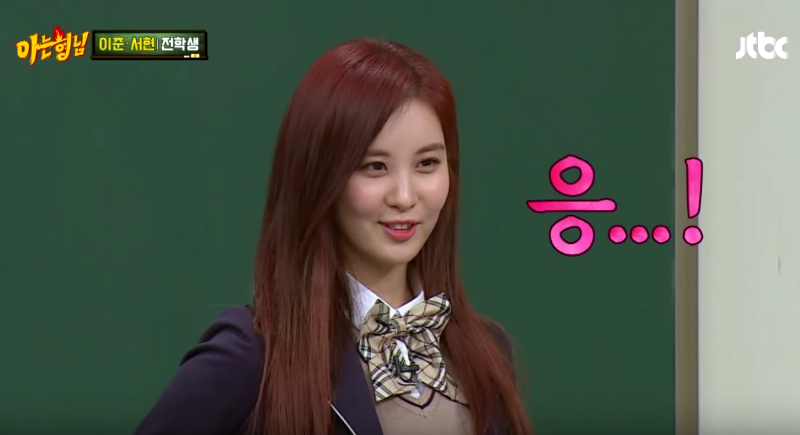 During her guest appearance on JTBC’s “Ask Us Anything,” Girls’ Generation’s Seohyun may have revealed more than she expected about a past relationship!

The cast carefully asked, “Are you single right now?,” during the beginning questioning segment of the show.

When she confirmed that she was, Kim Heechul joked that his fellow SM Entertainment labelmate probably hasn’t dated before.

Seohyun simply replied, “But that’s not true?” and confirmed that she’s dated, broken up, and even cried over a break-up before.

Curious, one of the cast members carefully questioned, “Is he still working in the industry?” Kim Heechul clarified, ‘The entertainment industry,” and added as a joke, “Did he retire after you guys broke up?”

“He did retire,” Seohyun replied to everyone’s surprise. Confused out of their minds, they wondered if she meant he temporarily went on a hiatus, or if he actually retired, while Seohyun laughed at the situation she just unexpectedly caused. 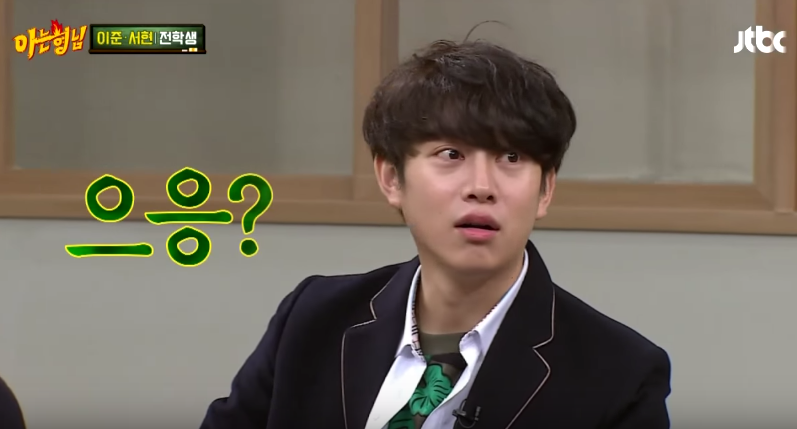 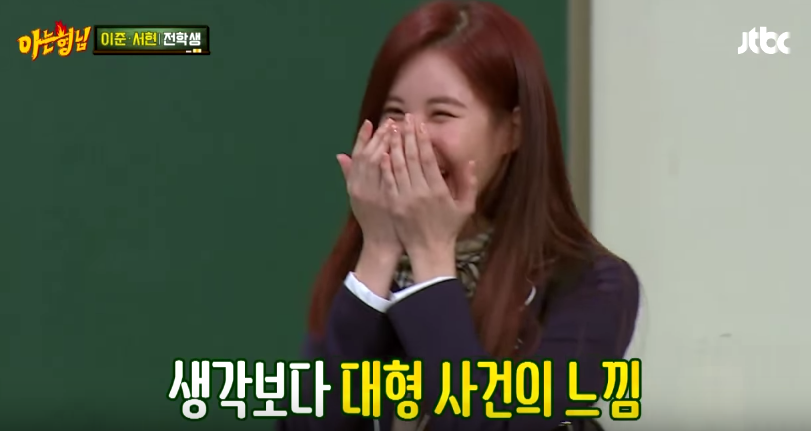 Kang Ho Dong tried to probe more, and asked if she’s only dated one person. At that moment, the idol put an end to the conversation and shut them down by amusingly telling them to stop asking more questions.

Girls' Generation
Knowing Bros
Seohyun
How does this article make you feel?