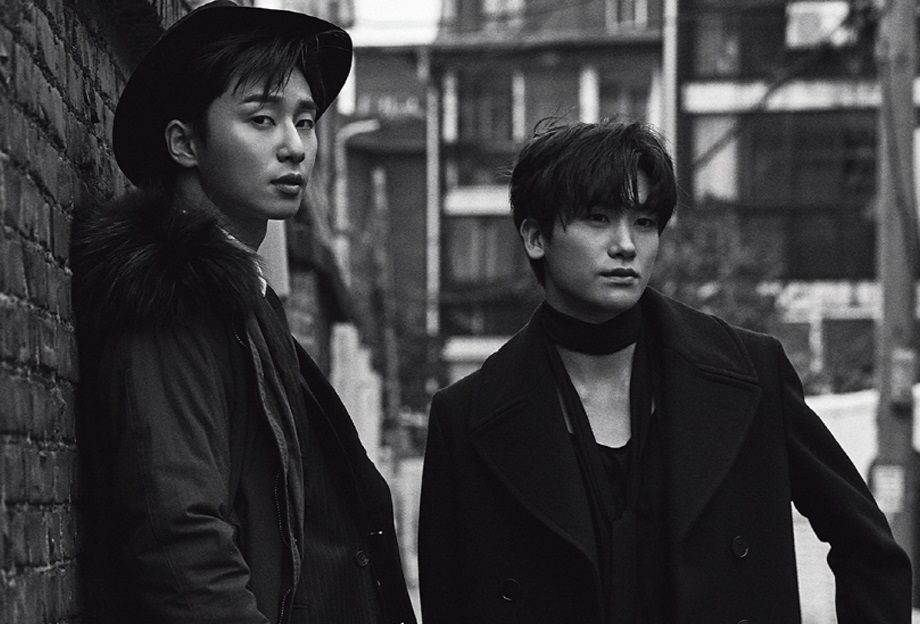 With the KBS2 drama now coming to an end, there is growing interest for the upcoming twists to take place in the fates of the growing youths.

Recently, the drama’s 18th episode was well-received by viewers thanks to the charm of the protagonists in a tale of friendship, love, passion, and growth. Particularly, Park Seo Joon and Park Hyung Sik displayed an unforgettable chemistry and have been affectionately dubbed the “Park-Park brothers.”

On February 18, the “Hwarang” staff released throwback behind-the-scenes photos capturing the warm and cheerful friendship between the two actors. 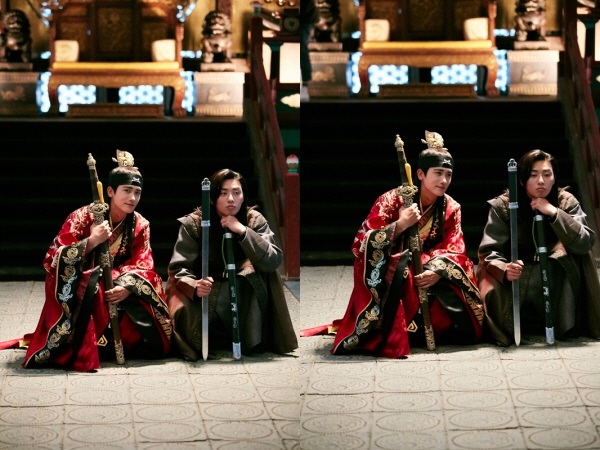 In the images, the “Park-Park brothers” are together on set during a short break from filming. They appear relaxed and comfortable with each other as they sit on the floor with their swords in their hands.

The two sport contrasting outfits, with Park Seo Joon in a dark and rugged robe, while Park Hyung Sik is dressed in a bright and elaborate costume fit for a king.

As the story of “Hwarang” nears its conclusion, many viewers anticipate the upcoming changes and developments in the drama and the relationship of the two characters.

The staff of the pre-produced drama stated, “The two actors Park Seo Joon and Park Hyung Sik had perfect chemistry. ‘Hwarang’ is proud to have the best teamwork, but the chemistry between the two carried the story, so we want to express our thanks. Please look forward to the special rapport they will show in the remaining two episodes.”

Watch “Hwarang” from the beginning below!