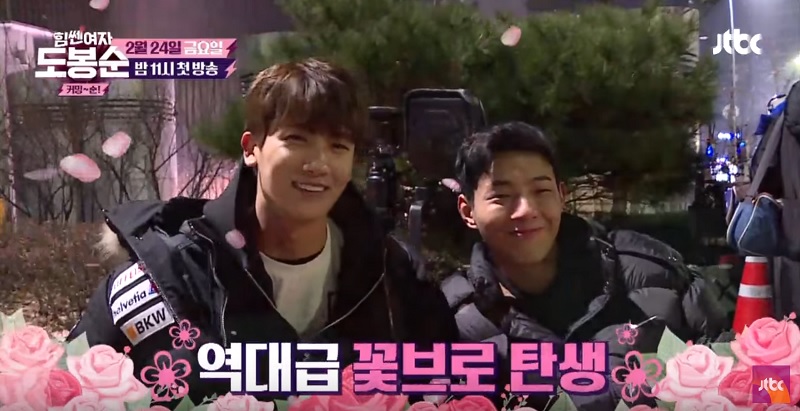 JTBC’s “Strong Woman Do Bong Soon” has brought a new bromance to town!

It’s the first time the pair has worked together on a drama, but Park Hyung Sik and Ji Soo’s chemistry is already off the charts, as seen in a feature clip from the special preview episode. On-screen, they bicker bitterly and intensely, even to the point of forgetting the leading lady. Off-screen, the two actors are warm and playful with each other, praising the other’s acting while huddled together in the cold. Park Hyung Sik even led Ji Soo away from the filming set while joking, “Let’s get some fresh air together!”

The two of them together also make for comedic gold. One cross-dressing male lead is usually the limit for most dramas, but this drama takes it a notch higher and has both its male leads cross-dress. The two new “female” leads will have you exclaiming over how pretty they are, before screaming in laughter over their hilarious scenes. Who knew Park Hyung Sik was such a skilled seductress!

“Strong Woman Do Bong Soon” will premiere on February 24. How excited are you for the first episode?

If you’ve yet to catch the trailer, watch it below!