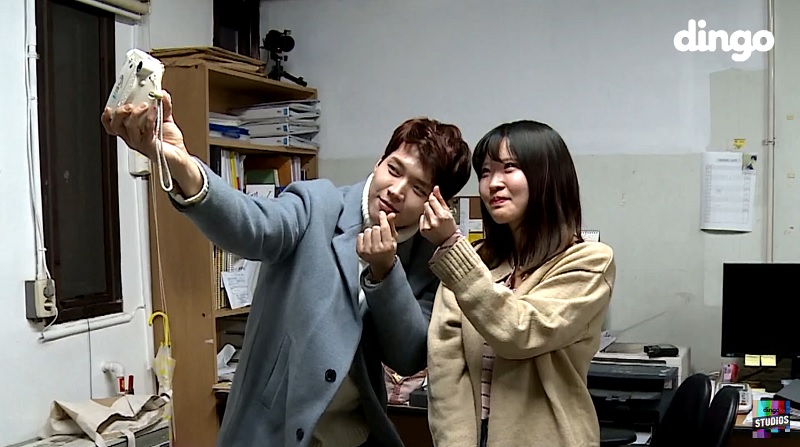 INFINITE’s Woohyun was the latest guest in Dingo Studios’ special series, where celebrities make surprise visits to fans working as part-timers, to give them a special boost of encouragement.

The fan that Woohyun visited is called Dan Bi, and at the beginning of the video, she proudly shows her colleague a photo of Woohyun wearing the hoodie she bought for him. The video also shows her singing along to INFINITE and Woohyun’s songs while working.

Later that evening, as she sits at her desk, surrounded by photos of Woohyun, she hears a gentle voice calling her name. She turns around, and it’s the man himself! 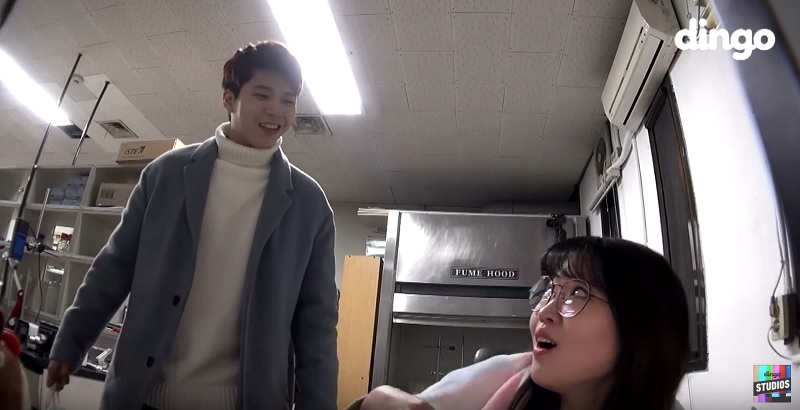 Dan Bi is so surprised, she almost reaches out to touch Woohyun to confirm if he’s real. He gifts her with INFINITE’s “2017 Season’s Greetings,” and just as she’s about to calm down, he makes her look at him, and says, “You’re pretty when you smile.”

He then asks about her life, and she opens up about her family situation. She’s sad that her mother feels sorry for not being able to pay for her tuition fees, and that her most difficult moments are when she feels alone in the world, since she has to rely on herself financially. Woohyun sympathizes with her, telling her about his own past experiences, but saying that because he believed in himself, he was able to overcome them all. 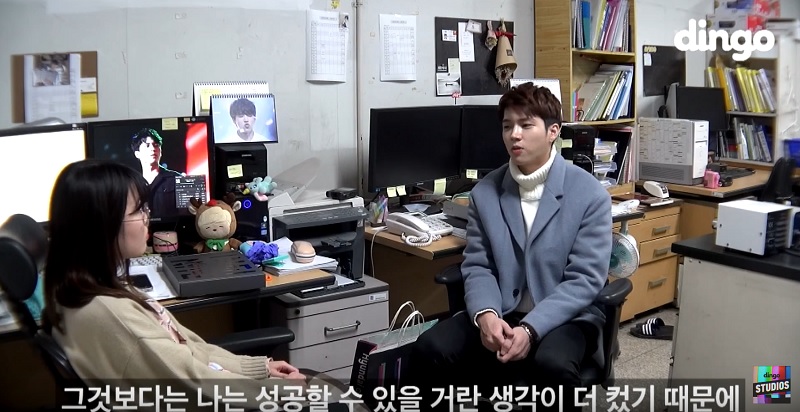 After the heartfelt exchange, Woohyun suggests taking a photo, and Dan Bi replies, “I’d like that.” The singer drops a bomb by responding, “I like you.” Later, when he brings her to his mum’s restaurant for dinner, he tells her that she’s the first girl he has brought there. He also playfully forces her to put her chopsticks down because he’s going to cook for her and feed her. 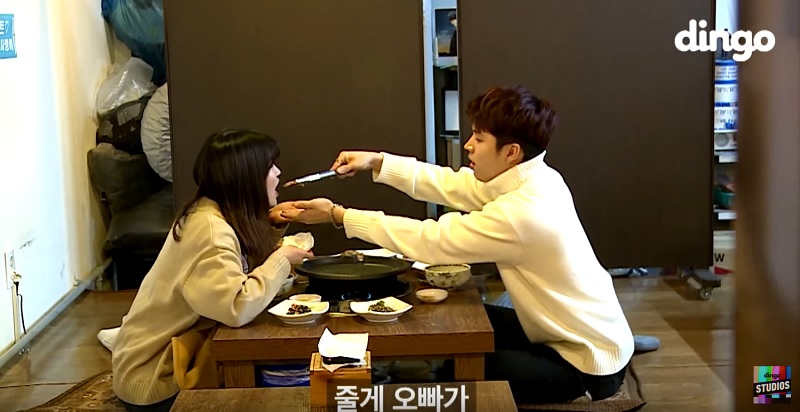 Even when they’re walking home, the unstoppable Woohyun tells her, “Since I’m walking you home, can’t you walk me home too? Let’s walk each other home.”

He also sincerely tells her that he’ll think of her when the going gets tough, and that he hopes she’ll gain strength from him too. Finally, before they part, he gives her tickets to INFINITE’s fan meeting (which she couldn’t afford), a hotel room for a family trip, Valentine’s Day chocolates, and a hand warmer.