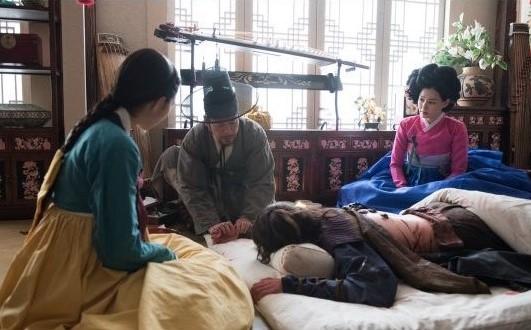 MBC has released new stills for the upcoming episode of its Monday-Tuesday drama, “Rebel: Thief Who Stole the People.”

In the stills, Ga Ryung (Chae Soo Bin) and Nok Soo (Honey Lee) watch over a badly-bleeding Hong Gil Dong (Yoon Kyun Sang) as he receives treatment for his injuries. In the previous episode, Hong Gil Dong was shot by numerous arrows as he tried to protect his younger sister from harm. 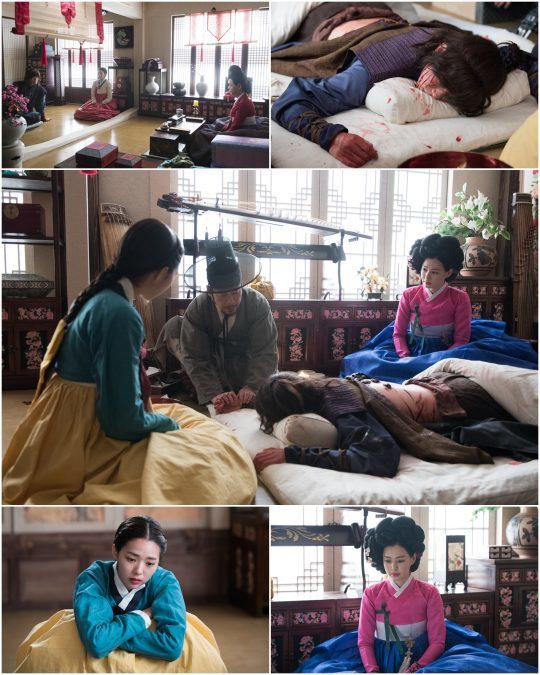 Hong Gil Dong’s sister is conspicuously missing from the scene, and it’s also a mystery as to how Hong Gil Dong ended up with the pair. Their only meeting to date was in episode five, where the complicated relationship between the three had already begun to form.

Back then, before they parted, Hong Gil Dong said to Nok Soo that if they ever meet again, it would be fate. In the preview for the upcoming episode, we hear Ga Ryung asking “Do you really think that I’m pretty?” Her dialogue is followed by an intimate scene between Hong Gil Dong and Nok Soo, who says to the former, “You remember meeting me at Cheongokru, don’t you?”

The answers to the above questions, as well as how the relationship between the three is going to develop, will be revealed in the next episode, airing on February 20, 10 p.m. KST.

If you’ve missed the previous episode, catch it below!