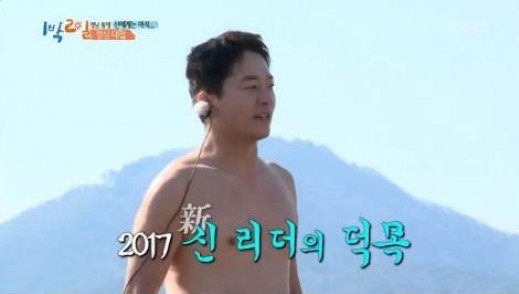 The members of “2 Days & 1 Night” braved the cold weather and put on quite the show to decide who got to eat lunch.

The episode that aired on February 19 followed the second story of the members embarking on their “God still has 12 boats left!” race in Tongyoung, Gyeongsang Southern Province. 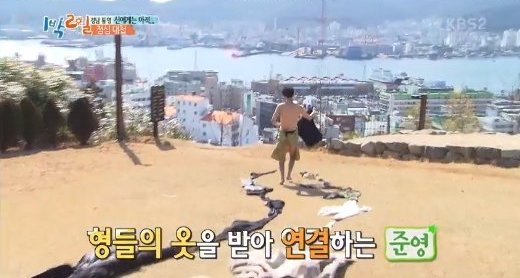 Split into two teams of three (Kim Jong Min, Yoon Shi Yoon, Jung Joon Young vs. Kim Joon Ho, Cha Tae Hyun, Defconn), the members engaged in a game to determine who would get to eat lunch. They were given five minutes to take off their clothes and line them up, with the victory going to the team with the longest line of clothes. 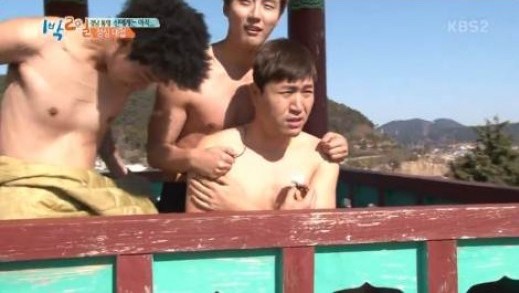 The members immediately began shedding their clothes, using everything they had from long johns, shoes, and even shoe insoles. Most of the members were down to their underwear when, in a last ditch effort, Kim Joon Ho yelled, “This is what a leader looks like!” and threw his underwear into the mix. 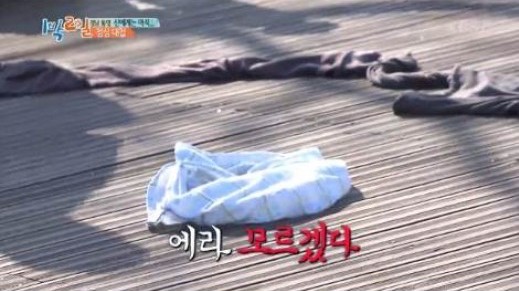 Despite this, Kim Joon Ho’s team lost the game and were unable to eat lunch.

Check out Kim Joon Ho’s noble(?) sacrifice in the latest episode of “2 Days & 1 Night” below!