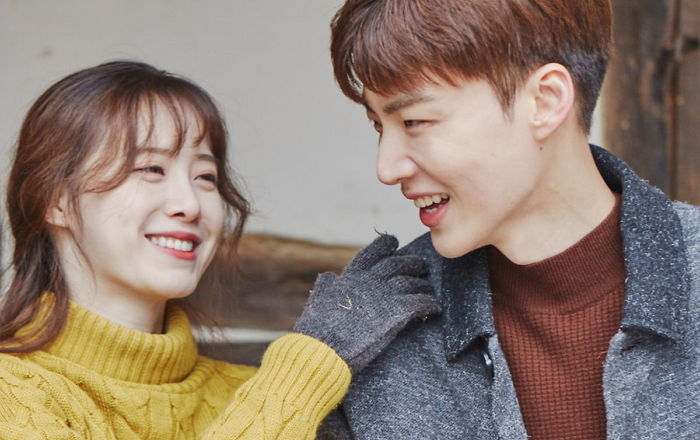 It looks like wherever he goes, Ahn Jae Hyun can’t help but show how much he’s head over heels for his wife, Ku Hye Sun!

The episode of tvN’s “New Journey to the West 3” that aired on February 19 had the members completing a mission when they woke up. They had to choose one book from an array of genres, from legal codes to comics, and answer a quiz based on their reading material of choice. 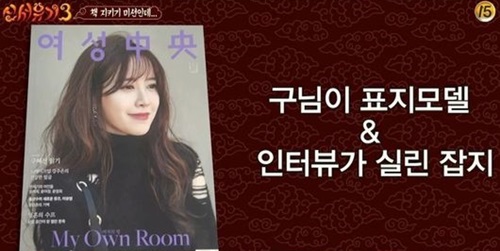 Later in the day, Eun Ji Won and Kang Ho Dong discovered the magazine while looking through Ahn Jae Hyun’s room. The actor looked embarrassed as he mumbled, “I brought it because it has her [Ku Hye Sun’s] interview in it. I wasn’t going to talk about it because it’s embarrassing.” 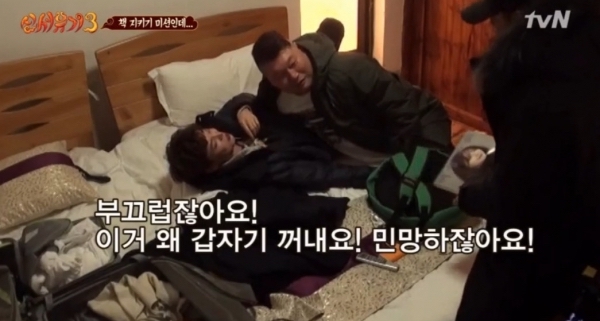 Eun Ji Won replied, “Why do you say that? I think it’s lovely,” to which Ahn Jae Hyun laughed and said, “I feel a little silly [showing such affection].”

When Kang Ho Dong tried to steal the magazine, he accidentally creased the cover. This had Ahn Jae Hyun yelling at him, “How can you crumple someone else’s wife’s photo like that?” Feeling bad, the comedian immediately flattened the magazine out. 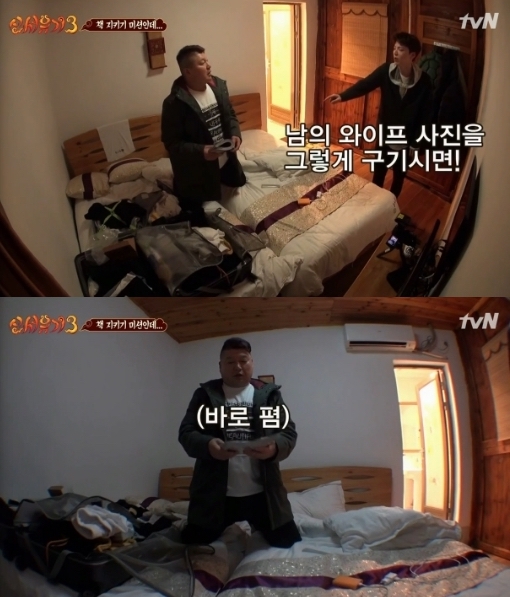