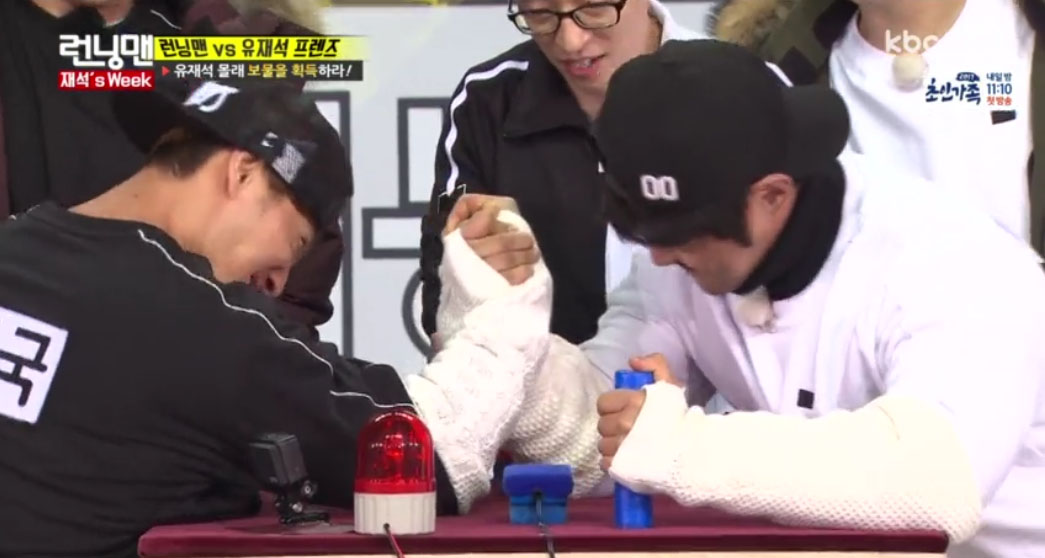 Singer KCM and Kim Jong Kook showed off their strength on a recent episode of “Running Man”!

The February 19 broadcast of the show was dedicated to “Running Man” cast member Yoo Jae Suk. As part of the episode’s theme, the special guests were some of the MC’s celebrity friends, including KCM, actor Lee Chun Hee, and television personality Kim Won Hee.

The friends went head to head against the “Running Man” cast, and during one scene, KCM and cast member Kim Jong Kook even battled it out through an impressive series of physical challenges.

First, the two play against one another in an arm wrestling match, and after what almost looked like a tie, KCM takes the round. 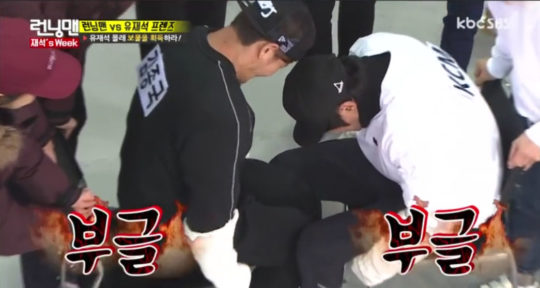 They then moved to a thigh wrestling match, where one player had to keep the other player’s knees together with his own. While both men’s legs shook tremendously during the challenge, neither was able to budge the other one’s legs very far. However, Kim Jong Kook was decided to be the winner as he had been able to force KCM’s legs apart the most.

In the final round, the two players were asked to go against one another in a leg wrestling match. This time around, they had to sit with their feet touching one another and tugged a rope toward them. However, the challenge resulted in a tie.

With one win, one loss, and one tie, the physical challenge may have been considered a draw, but contestants on both teams seemed pretty impressed with what they saw!

Check out even more physical challenges on the latest episode of “Running Man” below!

KCM
Kim Jong Kook
Running Man
How does this article make you feel?