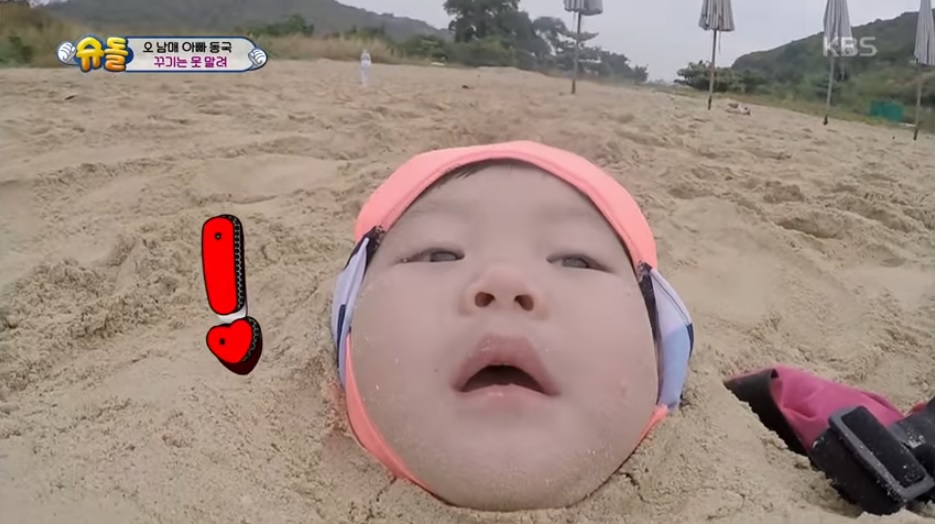 Daebak continues to put up with his father’s mischief!

On the February 19 broadcast of KBS2’s “The Return of Superman,” Lee Dong Gook and his children went to a beach during their Thailand trip.

During the episode, the family enjoyed their afternoon burying Daebak in the sand. Knowing his father’s habit of pranking, he made sure everyone was in sight, constantly asking, “Are you there Dad? Where’s Seol Ah?”

Lee Dong Gook would them reassure him and say, “We’re here. We’re all here. Don’t worry.” 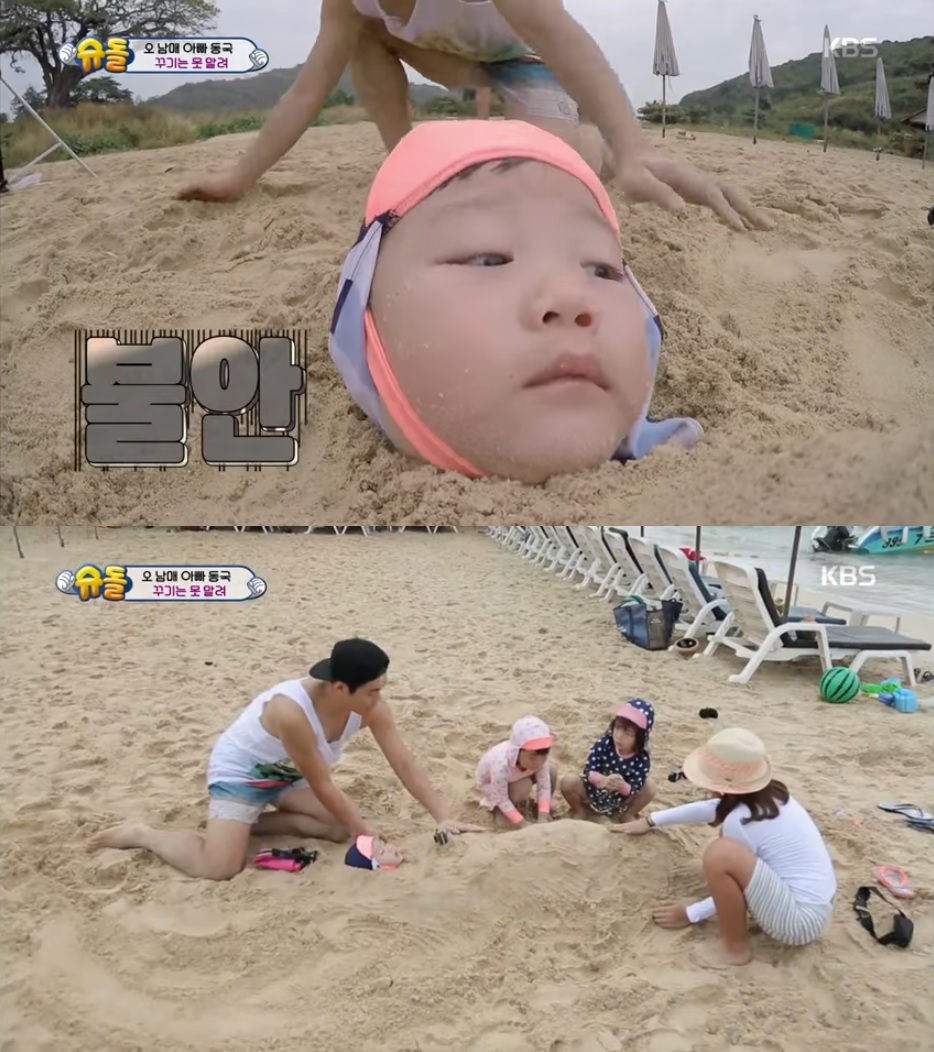 However, surely enough, Lee Dong Gook later whispered, “Girls, let’s leave Daebak and go to the shore,” and ran away from Daebak with the others.

Realizing he was being left alone, Daebak quickly burst into tears, prompting his older sisters to run back and hurriedly dig him out of the sand. 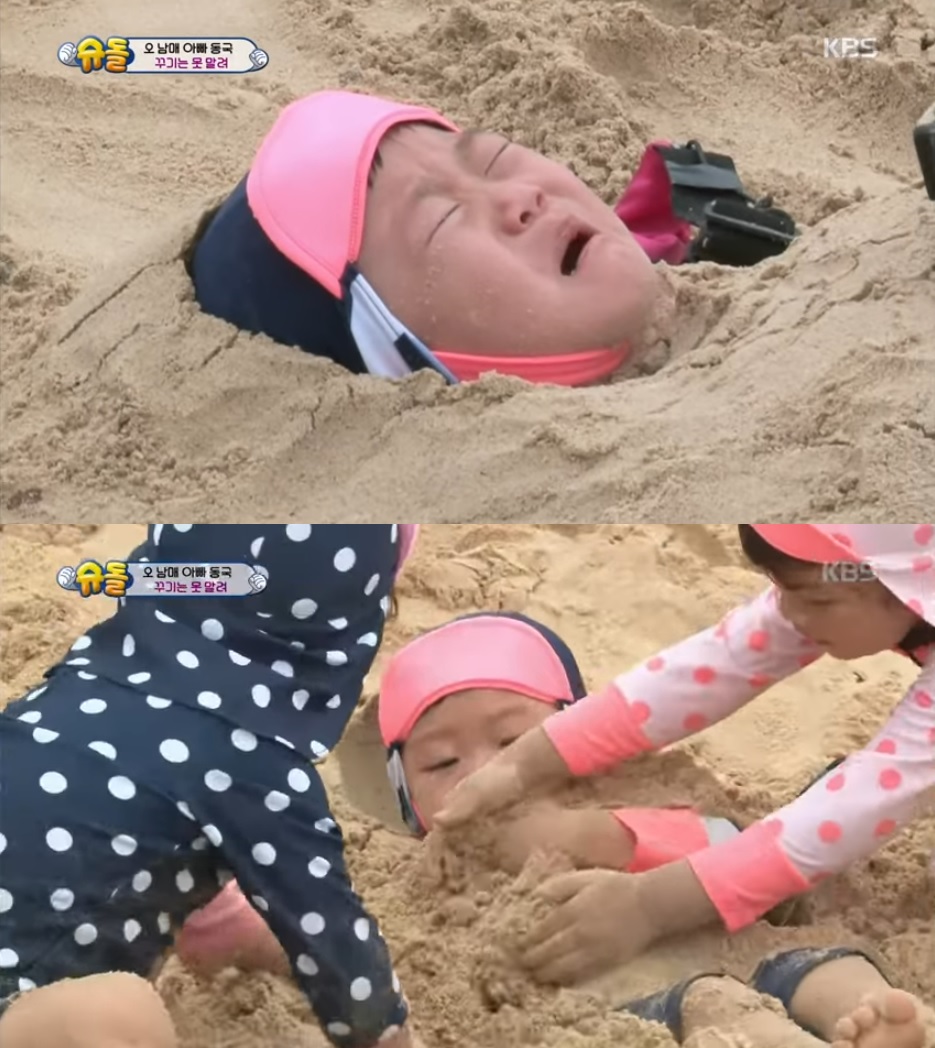 After escaping, Daebak and the family enjoyed the rest of their day at the beach. Soon after, they headed to a parasailing area, where Seol Ah bravely said she wanted to go parasailing with her father.

In the interview, Lee Dong Gook said, “I thought she was insisting because she didn’t want to be separated from me, but now I think she really wanted to do it.”

Catch the latest “The Return of Superman” episode below!