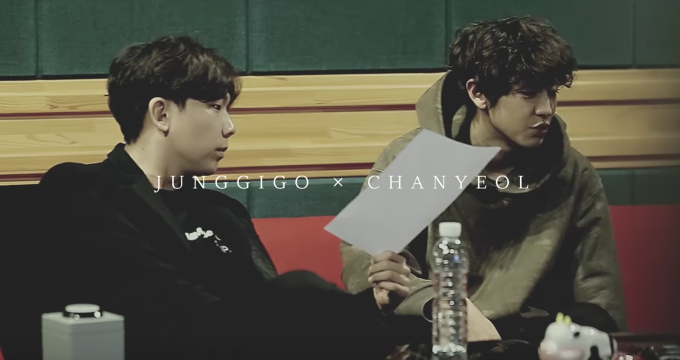 Watch: EXO’s Chanyeol And Junggigo Chill Out At The Studio In Teaser For “Let Me Love You”

After hint after hint, these two friends are finally releasing a track together!

On February 20, Starship Entertainment released a teaser video for EXO’s Chanyeol and Junggigo’s collaboration “Let Me Love You.”

The artists have teased about a possible collaboration several times on Instagram, before the official announcement was made. Chanyeol also later revealed that they’ve talked about working together for a while now, and hinted that the song was the perfect soundtrack to sunny days.

Just like he described, the teaser gives a glimpse of an easygoing, feel-good melody that highlights the artists’ smooth vocals. It also shows them working hard in the studio, as they discussed and recorded the track.

Check out the teaser below and stay tuned for the full release when it drops on February 23 at midnight KST!