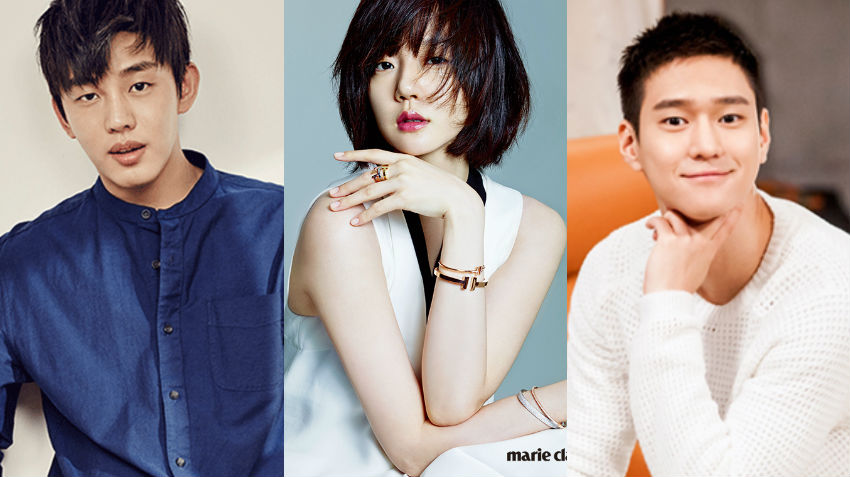 Yoo Ah In, Im Soo Jung, and Go Kyung Pyo have been confirmed to appear in the upcoming drama. According to a source, they will be having their first table reading this week and will meet with the rest of the cast as well as the production team.

Yoo Ah In is set to play Han Se Joo, an idol in the literary world who is a best-selling writer. With looks that rival the visuals of celebrities, he has a ton of fans, but he is sensitive, rough, timid, and extremely depressed on the inside.

Im Soo Jung will be playing a character who is a legend in veterinary medicine and is also a literary fanatic. Rather than placing her bets on the future, she only focuses on faithfully living in the present.

Go Kyung Pyo stars as Yoo Jin Oh, a ghost writer with a genius writing style. He is a jazz maniac and a lover of antiques. He is a mysterious character who jokes around and lies with a completely serious facial expression.

Meanwhile, “Chicago Typewriter” is a fantasy romantic comedy that takes place in the 1930s during the Japanese occupation of South Korea. The drama is set to tell the story of a best-selling author, a ghostwriter writing under his name, and an anti-fan of the writer.

The drama is set to air sometime at the end of March.

What do you think of the confirmed cast?

Im Soo Jung
Yoo Ah In
Go Kyung Pyo
How does this article make you feel?