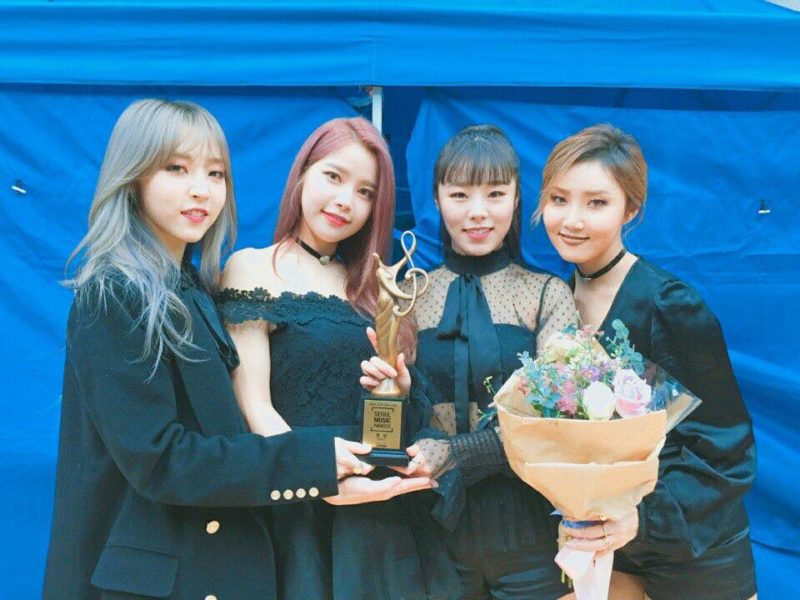 On February 20, MAMAMOO’s Solar held a V Live broadcast 30 minutes before the release of her new song “Happy People” at midnight on February 21 KST, which is the day of her birthday.

Responding to a fan’s question asking where the other MAMAMOO members were, she said that they had already gone home. It was then that the lights turned off and the members appeared holding cake and singing a popular Korean song called “You Were Born To Be Loved.” 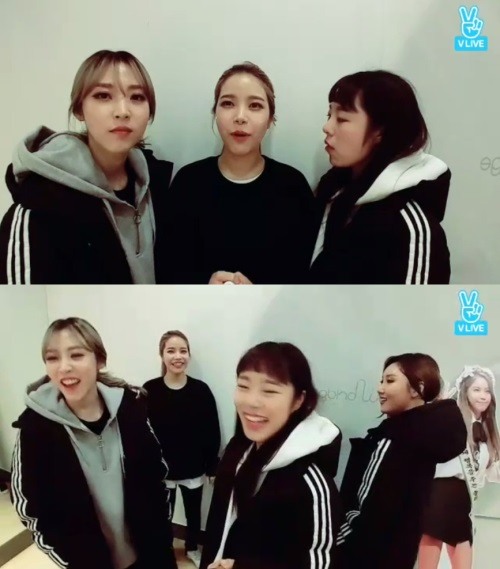 Solar screamed with joy, and it appeared to be a successful surprise until a while later when Solar revealed, “To tell the truth, when I was preparing for the V Live broadcast, one of the staff members closed the door all of a sudden. That’s when I got a bit suspicious. Then I heard that Moonbyul hadn’t gone home yet, so I thought ‘She must be preparing something for me’ and pretended I didn’t know. So I was like, ‘When is she coming?’ but I really didn’t know all of the members would be here.”