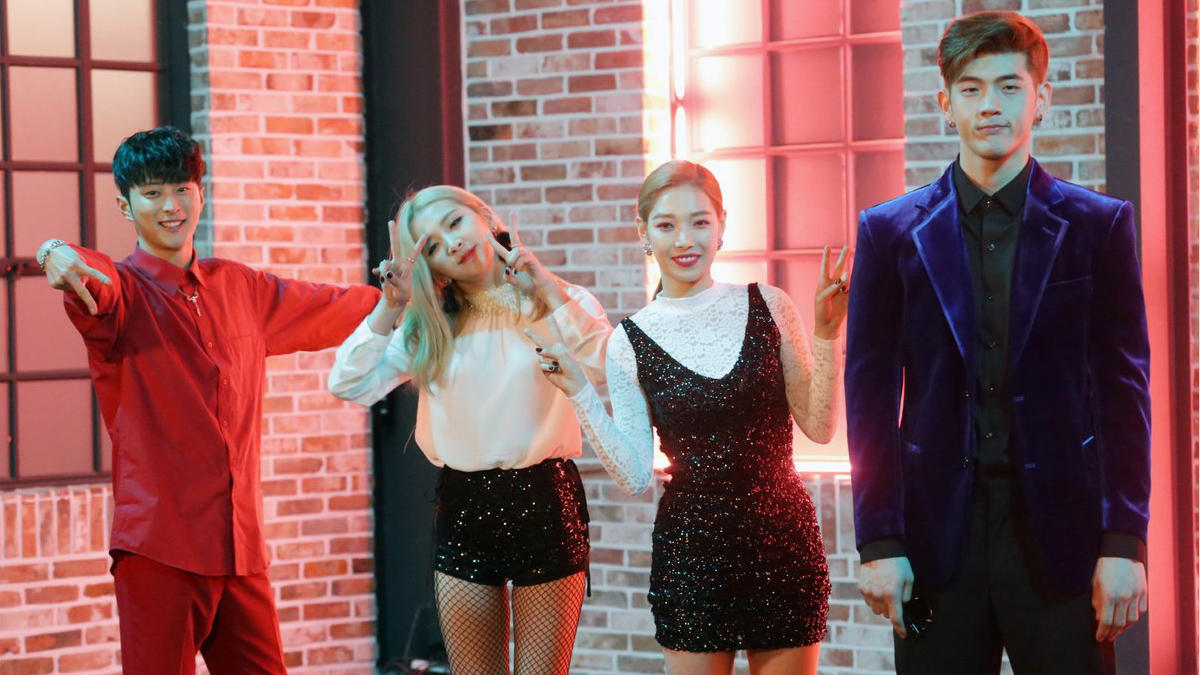 K.A.R.D Talks About Popularity Abroad And Being Korea’s Only Co-Ed K-Pop Idol Group

As Korea’s only co-ed K-pop idol group, K.A.R.D already stands out from the multitude of male and female idol groups in the industry.

Because of their unique group formation, K.A.R.D naturally is able to take on different concepts, performance techniques, and music genres than other K-pop idol groups, as single gender groups are arguably more limited by industry convention. Staying true to their unique style, K.A.R.D experienced the most success abroad when they released their first pre-debut project single “Oh NaNa.”

Even without ever promoting the song, “Oh NaNa” took the No. 2 spot on the U.S. iTunes K-Pop Chart and the track’s music video reached 6.3 million views in just a month on YouTube. The group’s popularity continued to grow as they released their second pre-debut single “Don’t Recall.” The music video for the song hit an impressive 1 million views in less than a day.

Despite their current success, K.A.R.D is not settling. B.M said, “We want to become world stars. We will work hard so that we will not just be the unique rookie group but will be a group that enters Billboard’s main chart.”

When asked why they think they are popular amongst international K-pop fans, the members unanimously answered it was because of their music and unique sound.

Jiwoo replied, “The genre of music we are making is popular amongst international fans and there are also many people in Korea who are becoming fans of [electropop/synth-pop]. I think it will become more popular when we start actively promoting our songs.”

The group is unusual in that they have not had a lot of media exposure yet, despite their popularity, as they have not actively promoted any of their songs on music programs. The group is planning to release one more single as part of their pre-debut project and said they believe they will begin active promotions before the end of the year.

The members talked about how K.A.R.D came to be and why becoming a co-ed group was a relief.

Somin had actually been part of two DSP girl groups, Puretty and April, before joining K.A.R.D. The singer said, “I wanted to try my hand at different kinds of music, which is why I decided to leave April. I was lucky enough to be able to join K.A.R.D at that time. Many people have told me that it seems like I have found something that fits me, so it’s a relief.”

B.M. said, “Originally, J.seph and I were going to debut as a hip-hop duo but plans changed.”

J.seph continued, “At first, it was disconcerting to be a co-ed group because I couldn’t picture it; however, now I feel like it was a great blessing because Somin and Jiwoo have made up for our weaknesses and we are able to appeal to fans in a way that only a co-ed group can.”

The group also expressed their desire to meet fans as quickly as possible and stated that they were preparing to release their third and final pre-debut single.