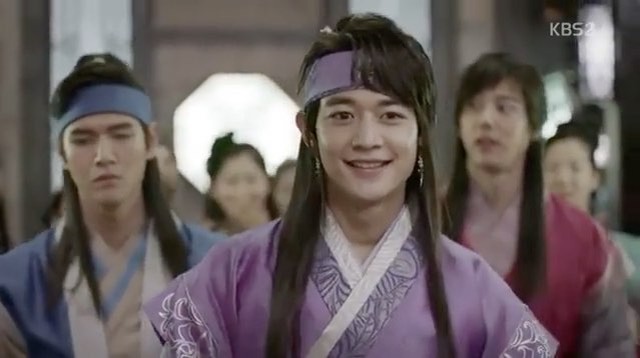 SHINee’s Minho Talks About How His “Hwarang” Role Changed Him

On February 21, before the final episode of “Hwarang,” SHINee’s Minho talked about his thoughts on the drama coming to an end.

The actor and singer thanked “Hwarang” viewers for watching the drama, and also thanked the director and the rest of the crew for their hard work. Finally, Minho thanked his fellow cast members.

Minho spoke about his character in the drama and said, “I really liked my character in ‘Hwarang’ because Su Ho was the brightest character I have ever take on and, because of that, I became brighter as a person. I will work hard to come back as a better, more impressive actor.”

Meanwhile, Minho is preparing with SHINee for their world tour, “SHINee World V,” which will start in March. The group will be headed to a total of 10 cities in Japan, Canada, and the United States.

SHINee
Hwarang
Choi Minho
How does this article make you feel?