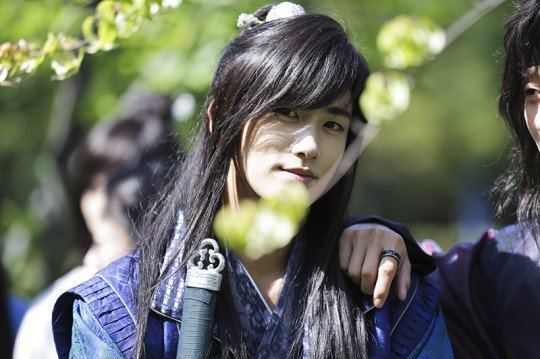 Like fellow cast member Choi Minho, Park Hyung Sik has also released a statement regarding the ending of KBS2’s “Hwarang.”

In the statement, Park Hyung Sik said, “I remember very clearly that our director, the crew members, and my fellow actors all suffered a lot because of filming during the hot summer; however, I smile when I think of that summer because it is filled with very good memories for me. I feel that I was very lucky to have met the people that I did through this drama. ‘Hwarang’ is all the more special to me because of the happy memories I have from working on this project.”

The actor continued, “As it was my first attempt at a period drama, I worked all the more diligently and, even though I do have regrets about not being able to express everything I wanted to through the role, I am encouraged by the love and support I received through it. I will work even harder to return as a better, more powerful actor.”

He cheerfully wrapped up his statement by sincerely thanking “Hwarang” viewers and said, “Let’s love more in 2017! I love you all!”

Park Hyung Sik will be making a return to the small screen on Friday, February 24 at 11 p.m. KST through the first episode of JTBC’s “Strong Woman Do Bong Soon.” Anticipation for the drama is high as Park Hyung Sik’s chemistry with co-star Jisoo has already been making waves amongst fans.