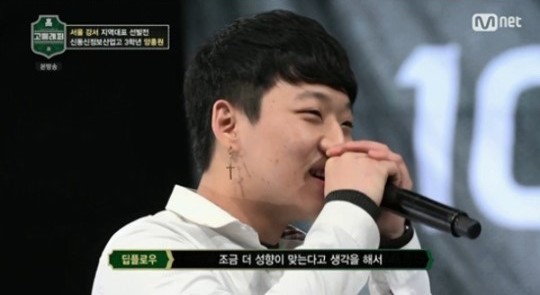 The staff’s explanation began with, “Yang Hong Won has admitted to his past errors and is currently deeply regretting and reflecting on his actions.” 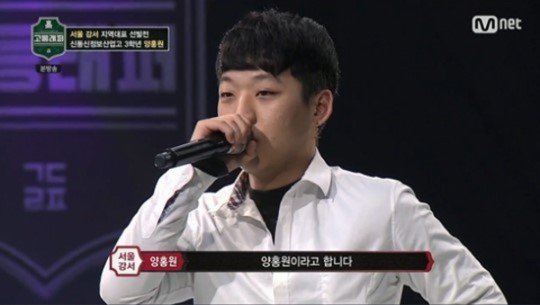 They continued to add, “He told us that once he began nurturing a dream to become a rapper, he apologized to every person who he had hurt in the past. He continues to prove that he regrets his past actions through his continuous efforts to reflect and work hard.”

The staff concluded their statement with, “Faced with a new opportunity, Yang Hong Won is working hard to stand on his own, and we hope viewers will warmly watch over him as he continues to grow and develop.” 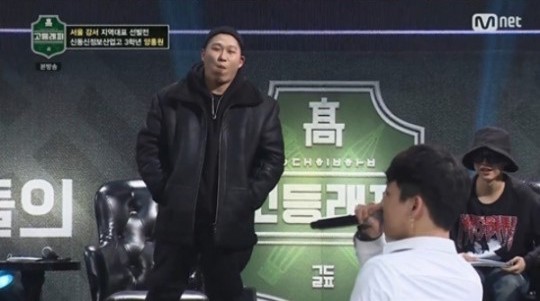 Yang Hong Won appeared in the second episode of “High School Rapper” on February 17 and was thrust in the spotlight when he was chosen as the top representative of his area. He was even picked by Swings as a teen rapper people should keep their eye on. However, the contestant’s past became a controversy online soon after the episode aired.

Yang Hong Won explained the situation to the staff, who issued an apology on behalf of the teen. Unlike Jang Yong Joon, who left the show due to the controversy surrounding his past, Yang Hong Won will stay on the show.

High School Rapper
Yang Hong Won
How does this article make you feel?