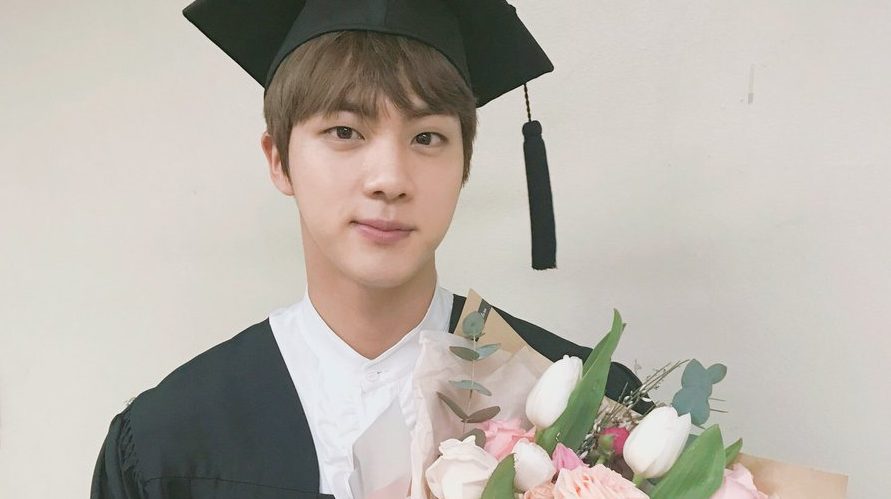 On February 22, BTS celebrated Jin’s graduation with fans over a live show on Naver’s V Live. At first, Jin appeared on his own and explained that he wasn’t able to attend his graduation because the group was at the 6th Gaon Chart Music Awards at the time, but he’d decided to do a ceremony on his own.

He then revealed the cap and gown that he’d prepared, and tried to put them on himself before Rap Monster and Jungkook appeared to help him so that it would seem more official. 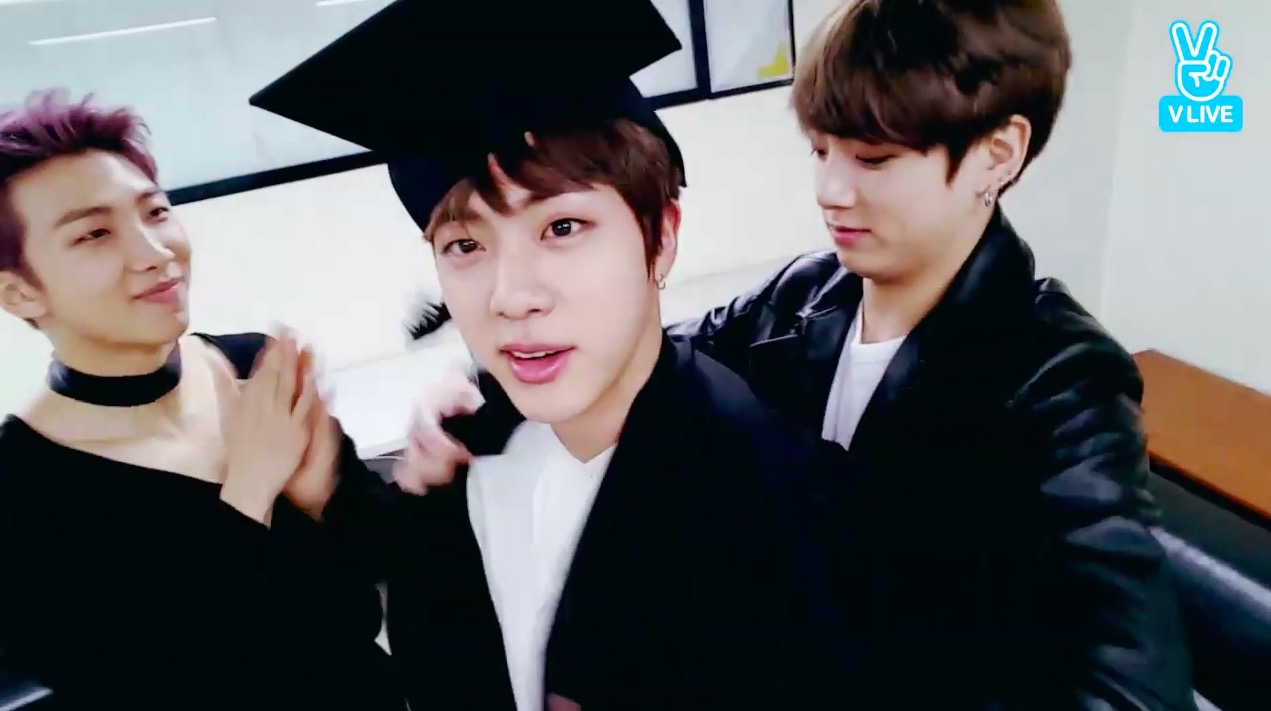 When Jin said he wanted a photo of himself throwing his cap, his fellow members encouraged him to do it, and Jungkook got ready to take a photo for him. “Or the fans can take photos for you!” suggested Rap Monster.

Jin then threw his cap, complete with Suga hilariously waiting behind him to catch it for him, followed by Jin being jokingly frustrated by how the low ceilings ruined his dream shot. 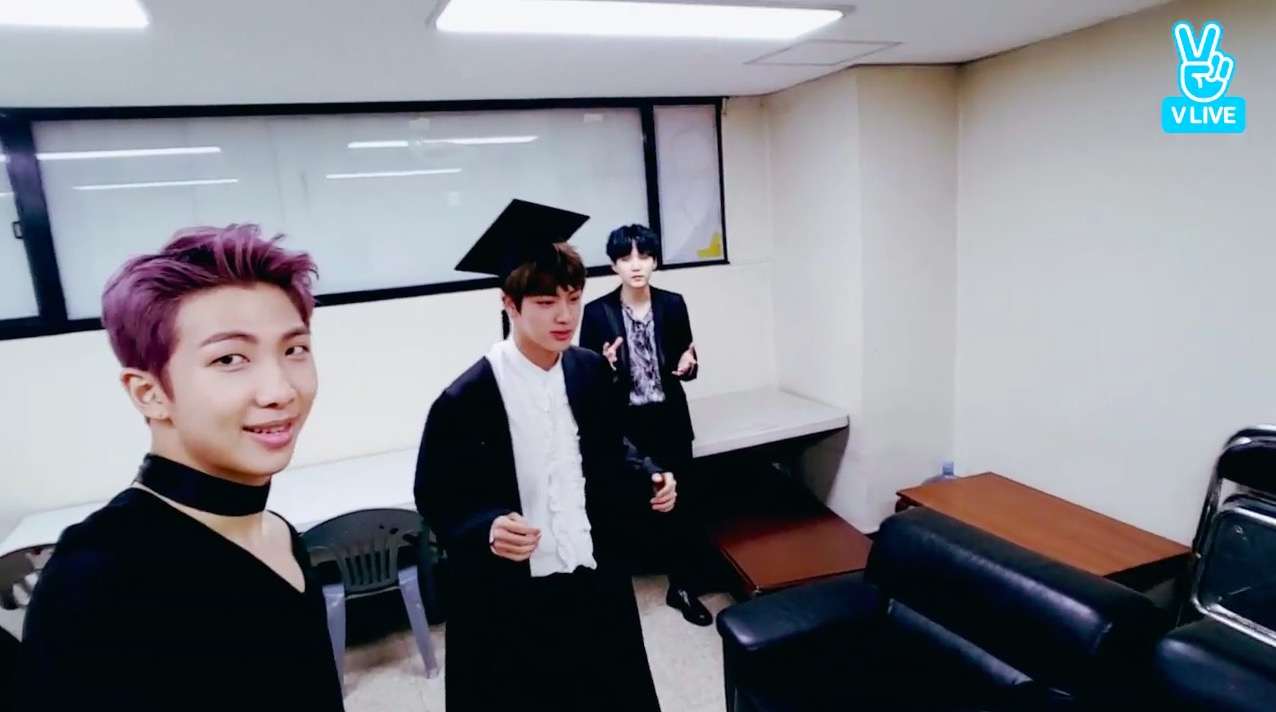 As the guys expressed their amazement over how time flies, Jin said, “I was on my way to school in April or May after attending my orientation, and a Big Hit Entertainment casting agent [came up to me].”

“So your university was part of your destiny!” said Rap Monster, and they all expressed how meaningful the graduation cap is. “You could say the school created our destiny,” commented Jin.

Suga then went to collect J-Hope, V, and Jimin to join their broadcast, and they made their entrance with a cake and a bouquet for the new graduate! 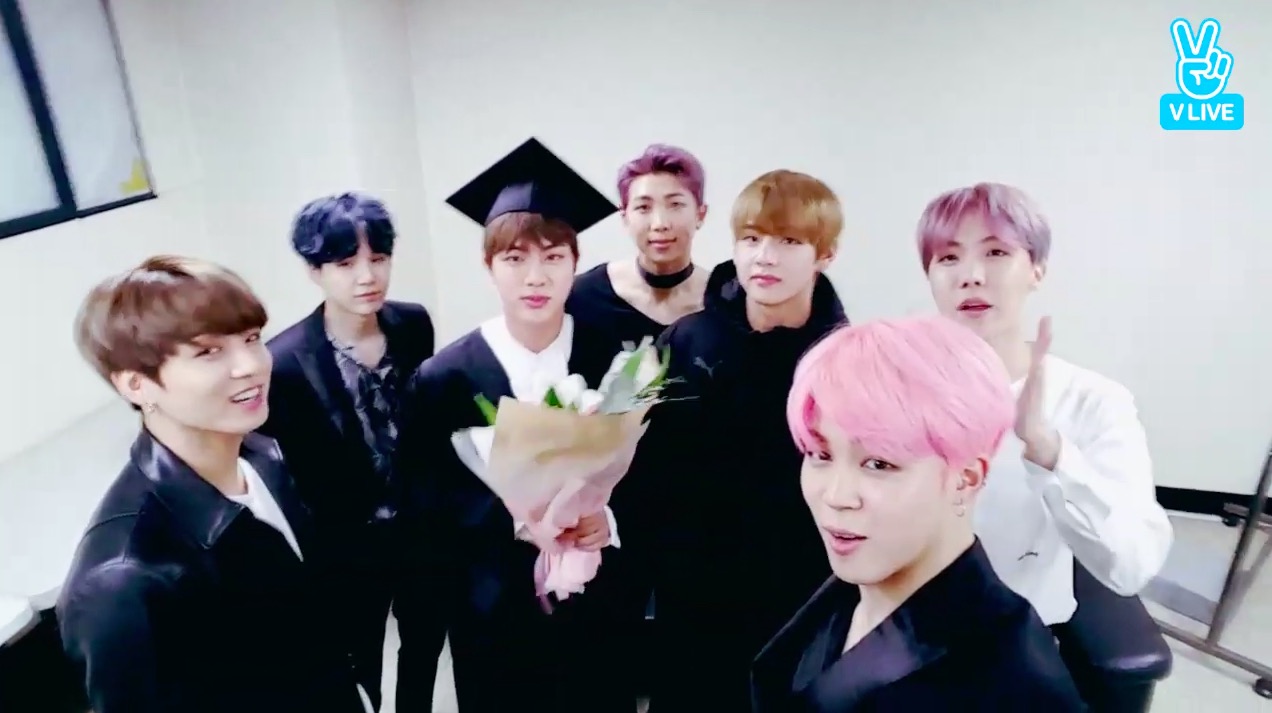 Jin also tweeted a photo of himself to the group’s official Twitter, with the caption, “I’m so happy that we do everything together. Thank you, ARMY.”