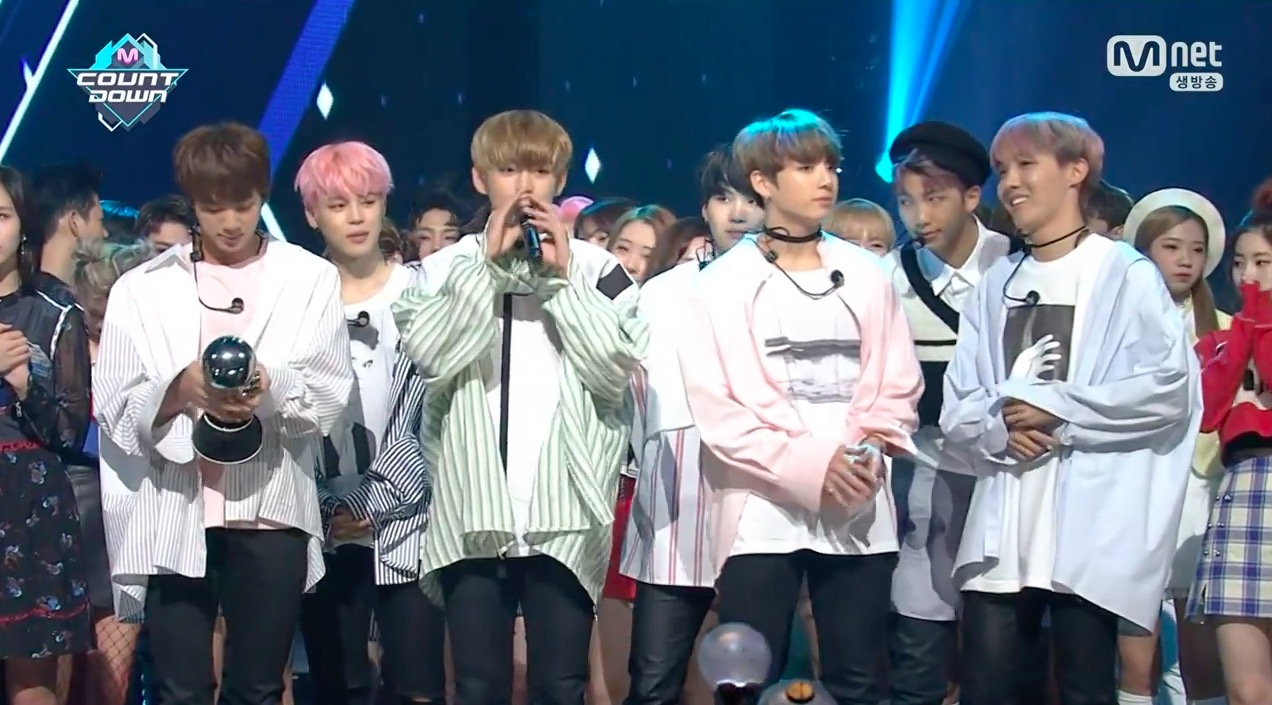 BTS’s “Spring Day” has earned them another music show trophy!

The group previously took their first win yesterday on “Show Champion” prior to starting music show performances for their new album “You Never Walk Alone.”

On February 23’s episode of “M!Countdown,” BTS performed their new tracks “Not Today” and “Spring Day” for the first time on a music show, and went up against Red Velvet’s “Rookie” for the win.

V and Jungkook also thanked Big Hit Entertainment, their families, and their fans once again. J-Hope added, “We’ll keep working hard in the future, so please keep loving us and showing a lot of interest. Thank you!”

During their encore, the guys fulfilled their promise of turning into “flowers” for their fans, to fit with their “Spring Day” theme.

Watch their performances, win, and adorable encore below!

NCT Dream – “My First and Last”