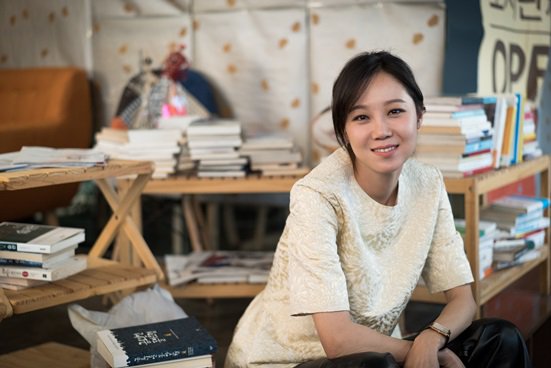 During a recent interview to promote her film “Single Rider,” actress Gong Hyo Jin talked about the different personalities of her most recent co-star Ahn So Hee and former “Producer” co-star IU.

When asked about what she thinks of singer-turned-actors, Gong Hyo Jin said, “I’ve acted with singer IU and now Ahn So Hee. Although Ahn So Hee is now a full-time actor, she still started off as an idol and I noticed a difference when working with them [compared to other actors].”

Gong Hyo Jin thought back to the time when working with IU, saying, “Before filming began, I was worried that she may be hard to approach or seem more mature than me. IU was actually a grown-up child. In my opinion, she was even more patient and controlled than myself. If filming didn’t start on time, I would fret around wondering why it wasn’t beginning, but IU would just be sitting and waiting quietly as if she was listening to music. I wondered if this was what it was like to be experienced since your teens.”

About her film co-star Ahn So Hee, Gong Hyo Jin said, “So Hee was different from IU. She was full of consideration. IU was also considerate, but So Hee was a bit more hesitant and careful that she almost seemed uncomfortable, even when we were eating. I felt like her politeness was very innate.”

She added, “So Hee might’ve had a hard time hiding her nervous self. Sometimes I could sense her thinking, ‘Does she feel uncomfortable because of me?’ As time went by, though, she seemed to think to herself, ‘Oh now she’s more comfortable with me.’ On the other hand, IU was very unpredictable [in terms of her thoughts]. She has a pokerface. She’s very dignified. Meanwhile, So Hee had a side to her that seemed very playful just like any girl her age.”

What do you think about her descriptions of IU and Ahn So Hee?

IU
Ahn So Hee
Gong Hyo Jin
How does this article make you feel?