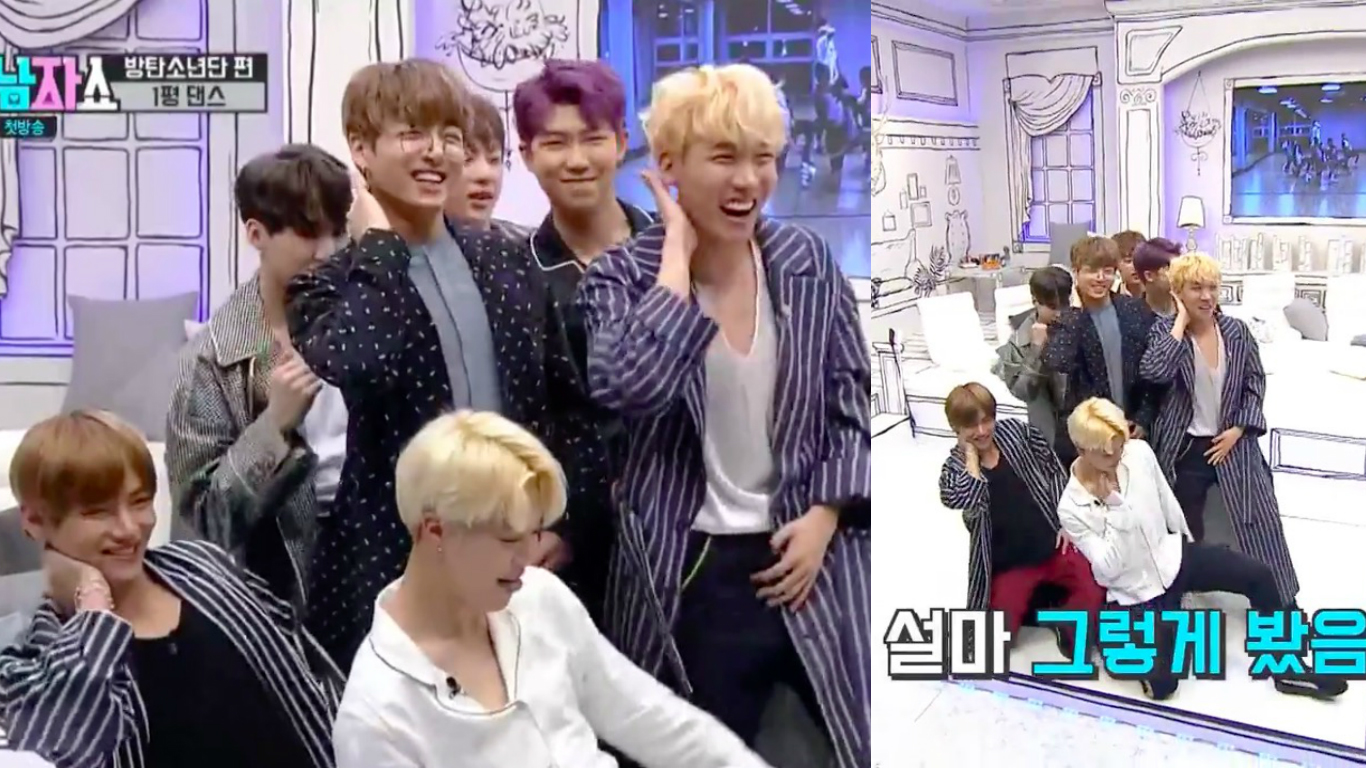 BTS made a fun guest appearance on the latest episode of “New Yang Nam Show,” where they were challenged to a very unique game!

In February 23’s episode of the show, the guys of BTS were told that they’d be dancing to their hit songs on a tiny stage that was 1 pyeong (approximately 36 square feet) in size, and in other words barely fit all of them. One member would begin on their own on the stage, and each member would be added one by one until all seven of them were dancing on the tiny platform!

The trick of course was that they would earn a strike if any of their feet stepped outside the lines, or they made a mistake in their choreography. They were playing for the prize of pigs’ feet (called jokbal, a popular late-night snack to fit with the episode’s pajama party theme), and every time they got a strike, they would lose part of their delicious prize.

The guys then began the challenge, performing a medley of their hit tracks while trying to stay inside the lines, not make any mistakes, and possibly most importantly, avoid hitting each other.

Watch the fun medley below!

In the end, host Eric Nam told them they had been given four strikes. “Three of those were because of Rap Monster,” he explained with a laugh, and said that Rap Monster kept stepping outside the line.

“Rap Monster hit me five times!” complained Jin, who had been in the back corner next to Rap Monster. Their other strike had been due to Jimin being stuck in the middle and unable to move, let alone dance their choreography to “Fire”!

What was your favorite part of their dance medley game?