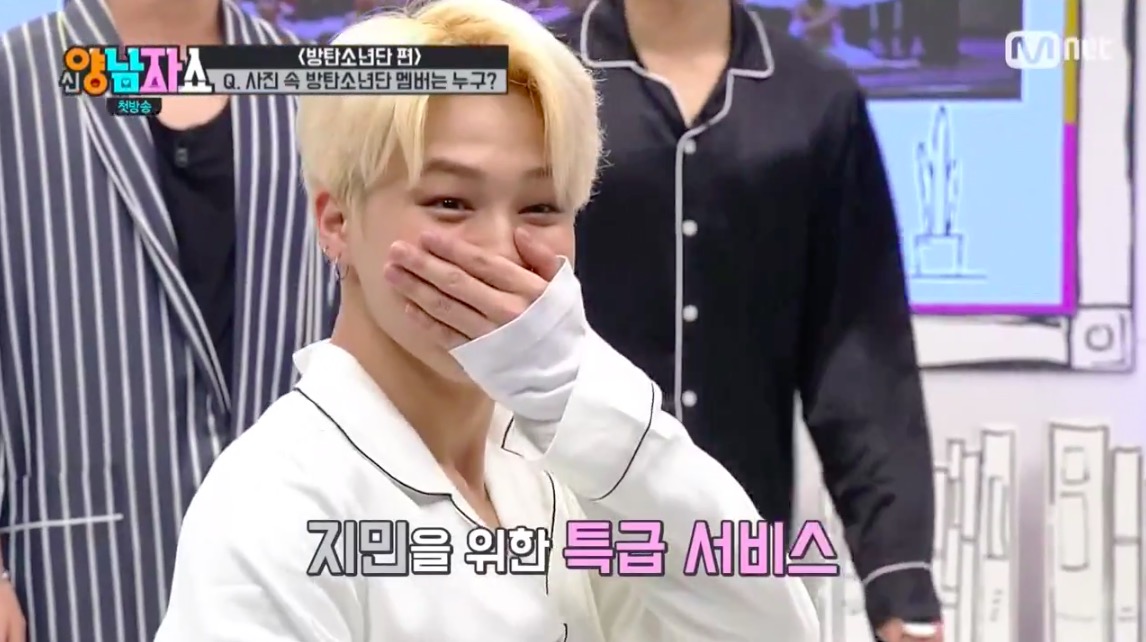 On February 23’s episode of “New Yang Nam Show,” the guys of BTS appeared as guests, and the show revealed some old footage of Jimin from when he was studying dance in high school!

The hosts first showed a picture of a large group of young dance students, and asked the guys to figure out which one of them was in the photo. Jimin quickly stood up and stared at the video monitor behind the camera in shock, before running off set to check it out. He then exclaimed, “Why is this photo here?!”, making it clear that it was him and cracking all his fellow members up. 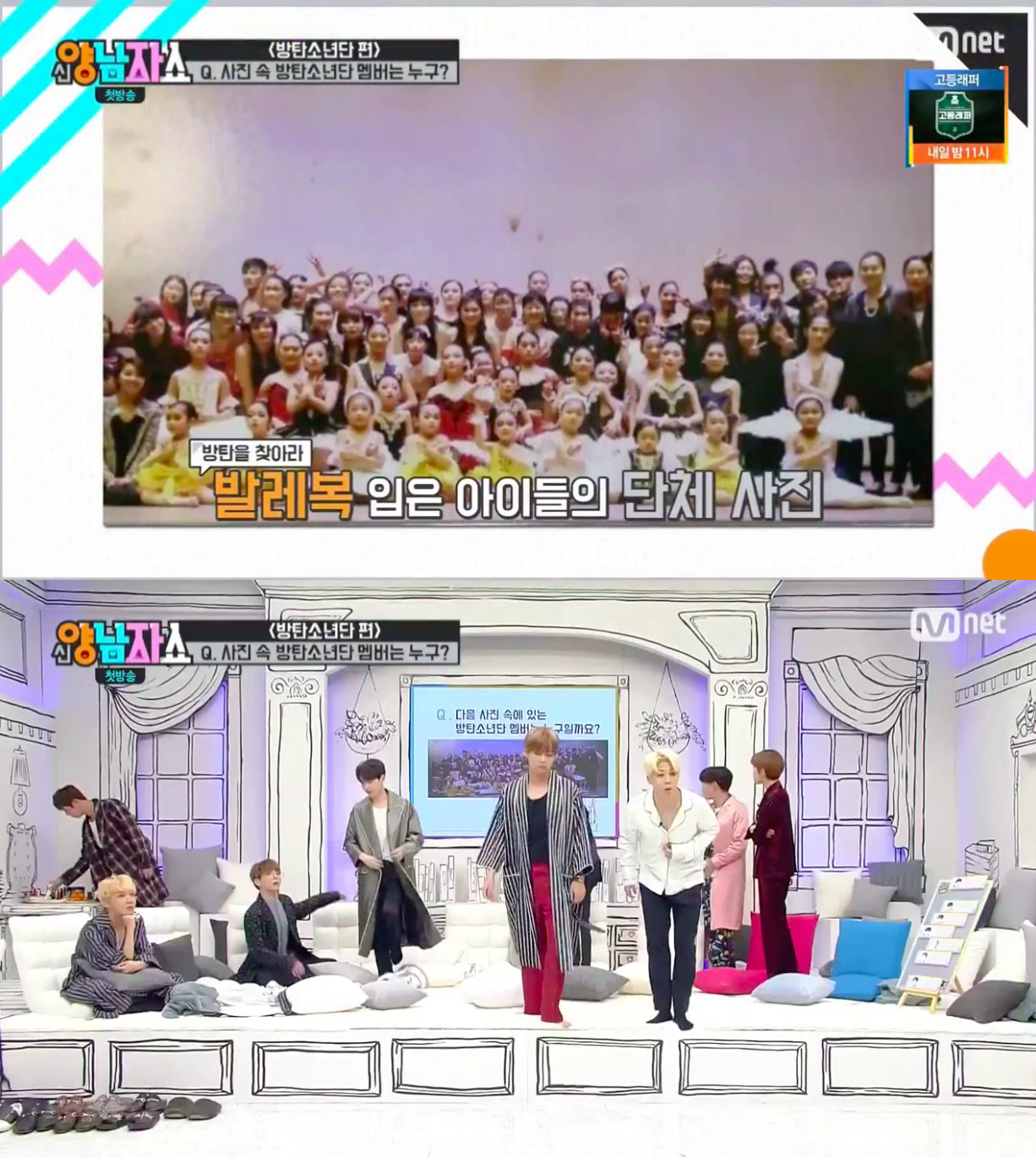 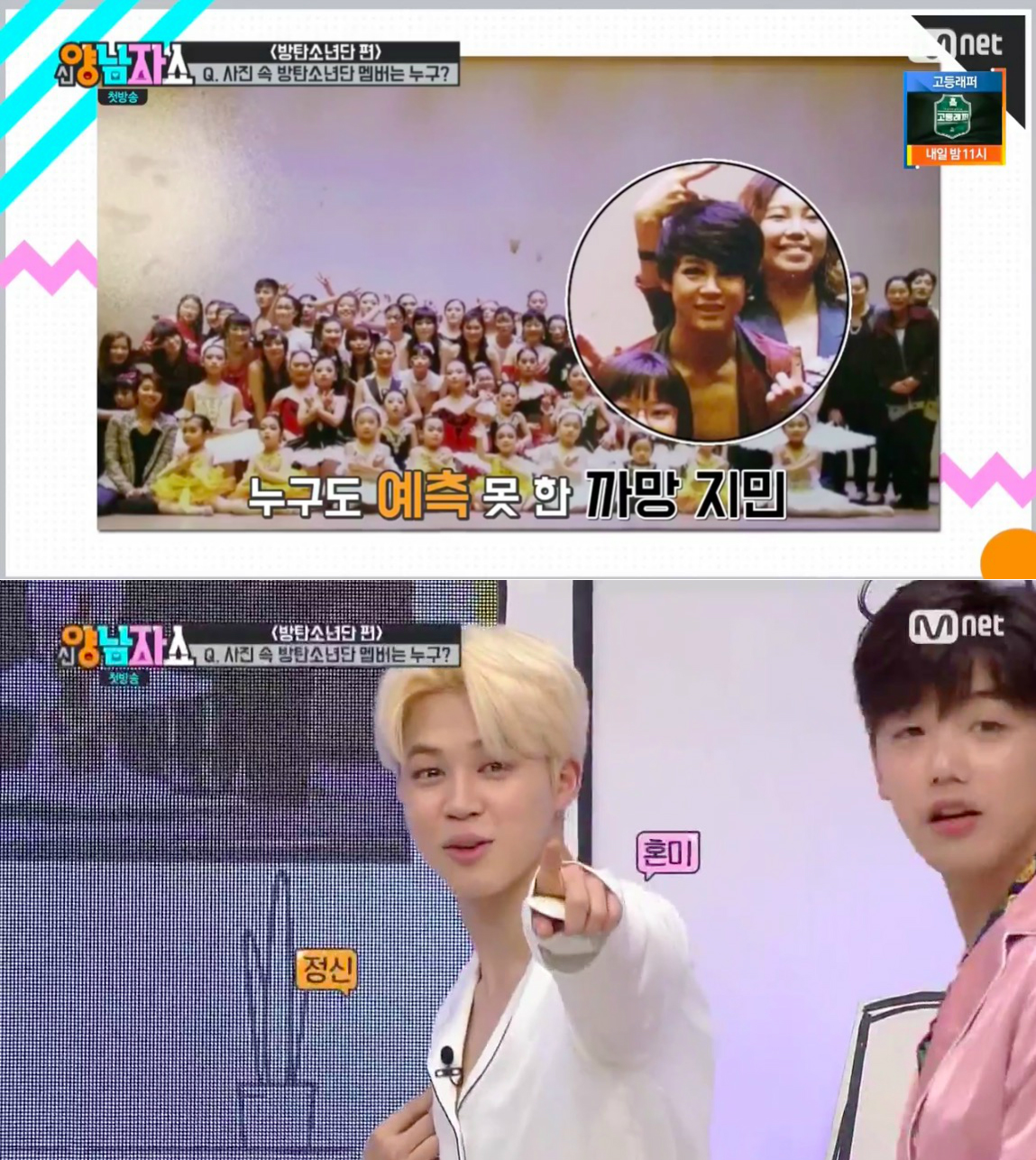 Jimin confirmed that it was him, and laughed and asked again, “Where did this photo come from?!” before running back to look at it on the monitor. When asked, he explained to the hosts that the photo had been taken when he was in his first year of high school.

He was soon in for another shock, because the show then shared a video of their interview with Jimin’s former contemporary dance teacher! 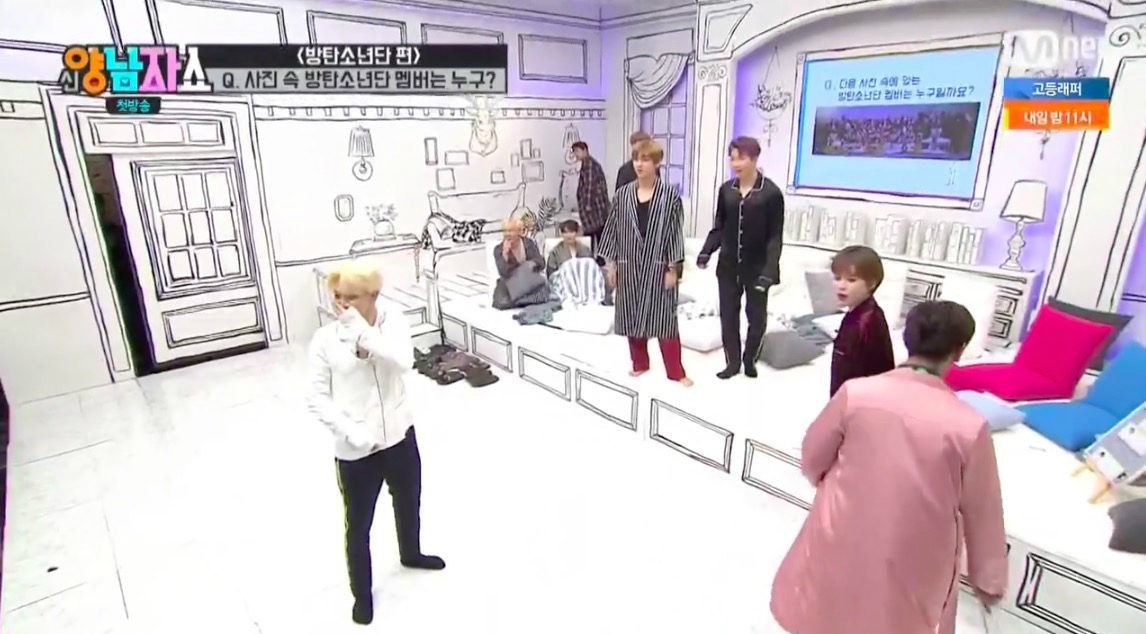 His teacher said that when Jimin was a student, he used to ask a lot of questions about the moves they were learning. She said he would even take off his shirt to show her the muscles that had developed while he was practicing, which made Rap Monster laugh and Jimin hide his head in embarrassment. 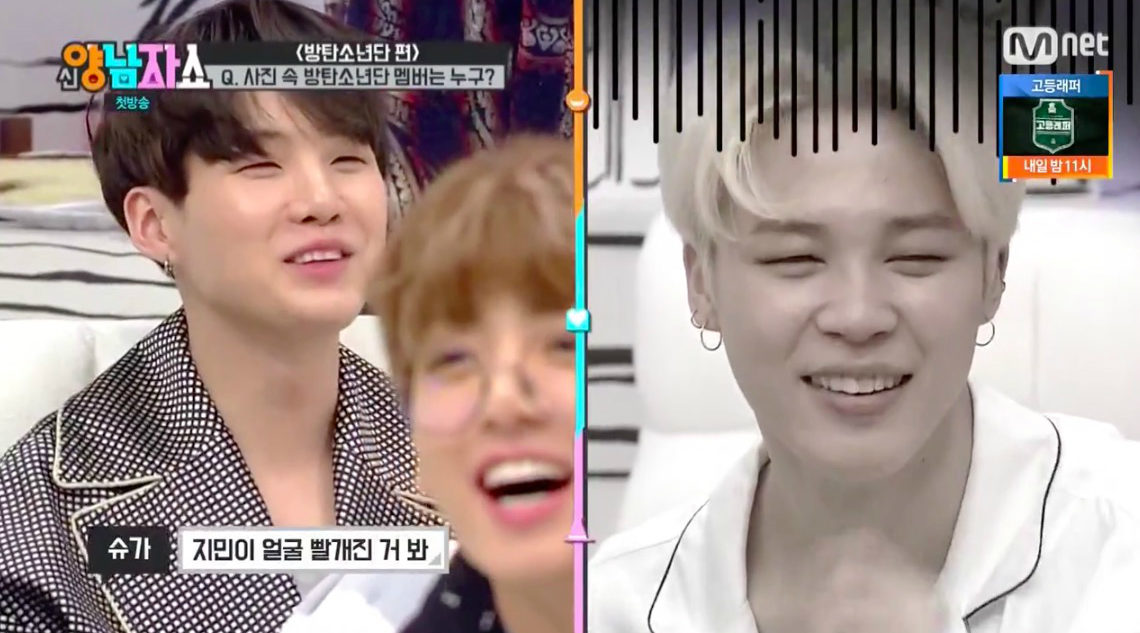 The show then revealed a clip of Jimin dancing from his school days, and his teacher shared a message for Jimin in which she cheered him on and said she hopes he takes care of his health. 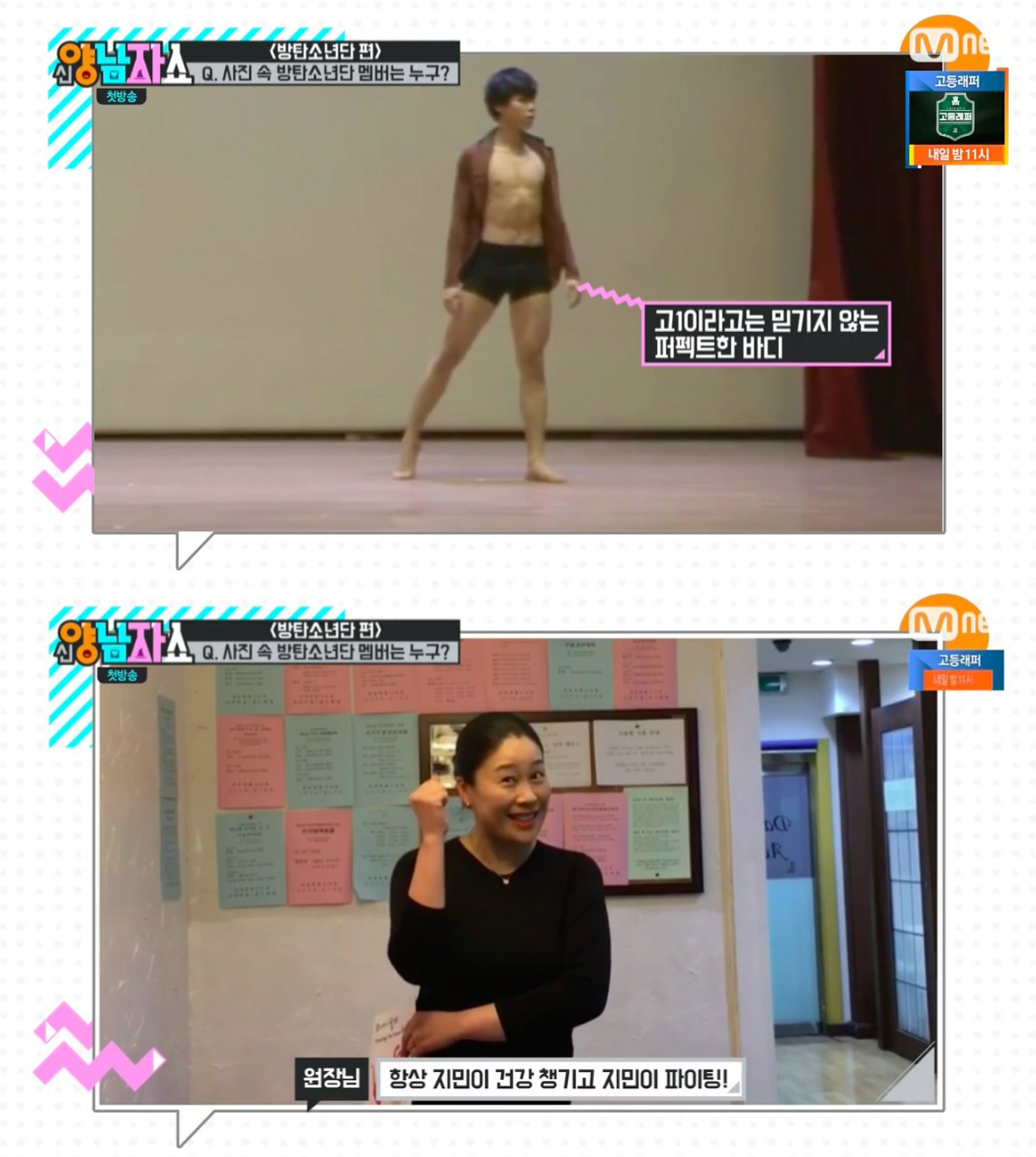 When asked if he remembered the teacher, Jimin replied, “Yes, of course. She was a bit strict, but…” He then got sidetracked by the shock again and asked the hosts, “Where did you get this photo from?! How did you get in contact with her?!” 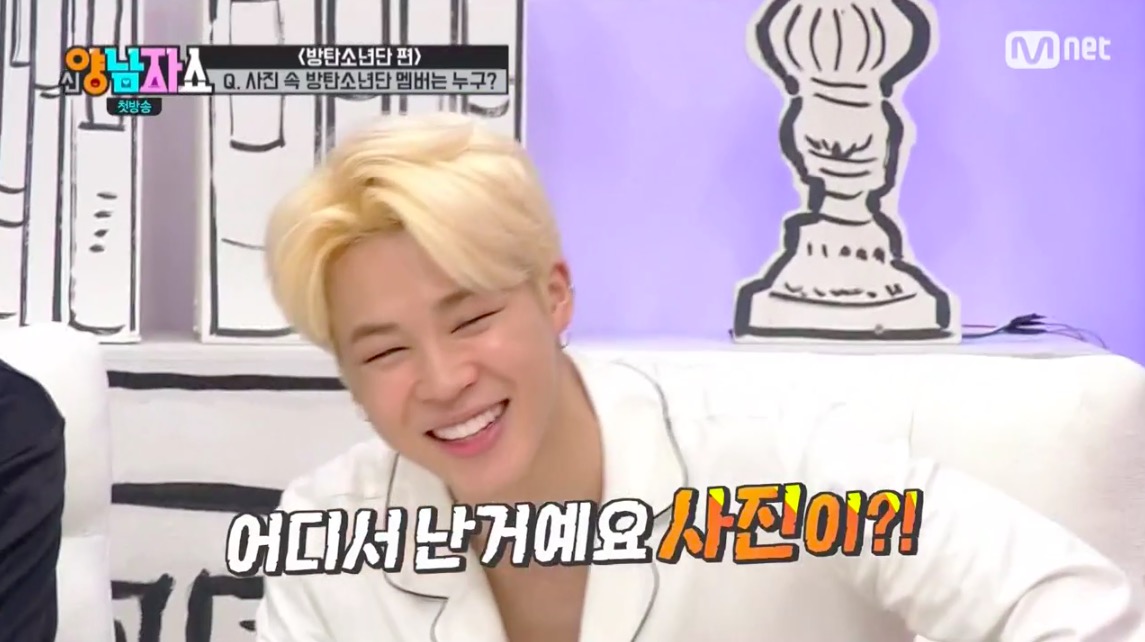 BTS
Jimin
New Yang Nam Show
How does this article make you feel?