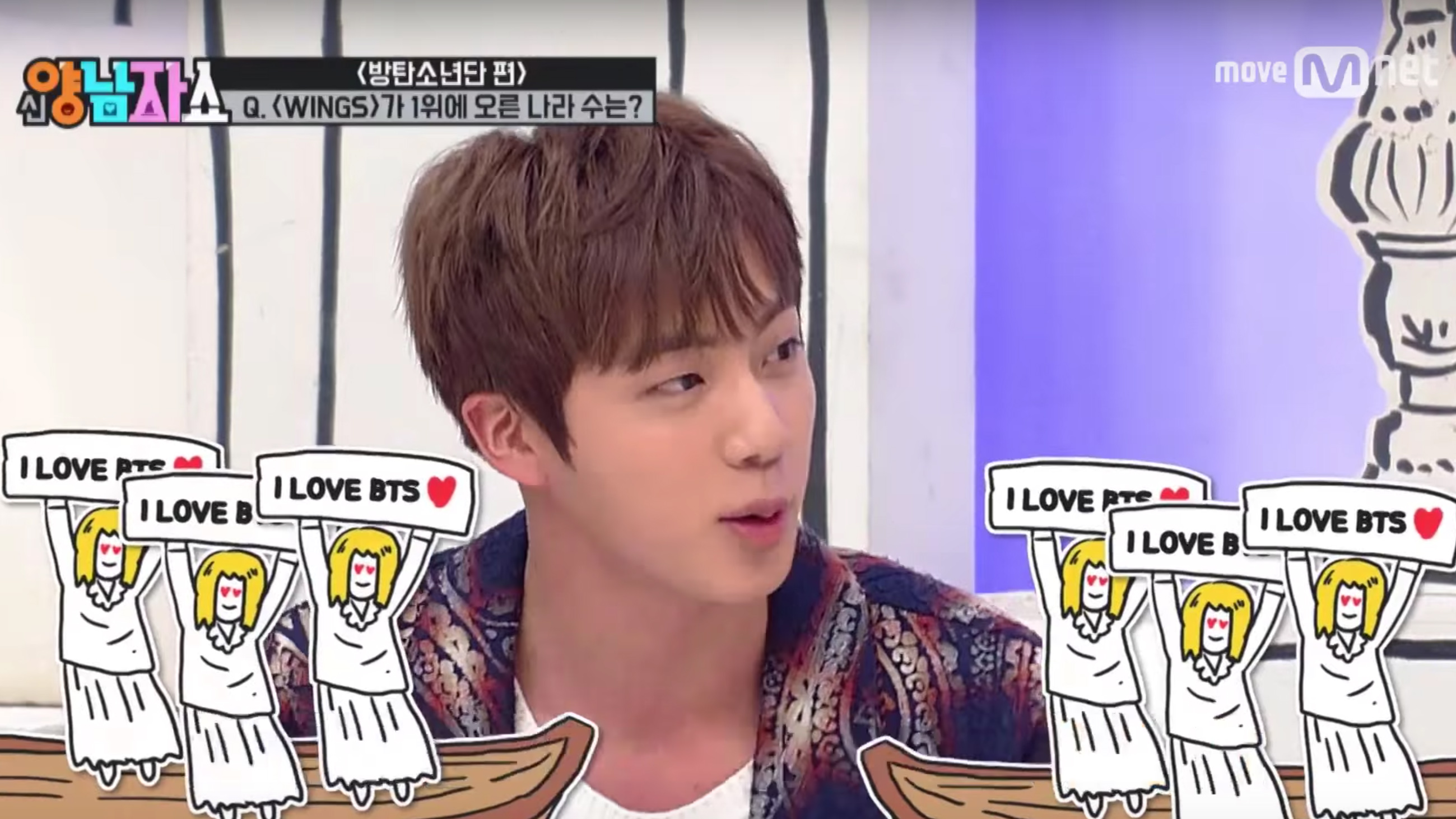 BTS Talks About When They Realize How Popular They Are Abroad

On the first episode of Mnet’s “New Yang Nam Show,” which aired on February 23, BTS talked about their popularity abroad.

Jang Do Yeon asked the group when they most felt how popular they are overseas. J-Hope answered, “Sometimes when we are in Garosugil (a popular shopping street in Korea), Japanese fans recognize us and that’s when I think that we really are recognized internationally.”

Jin confidently added, “I recently went to the jungle [for a variety program]. We took a boat to the filming location and fans rented boats to follow us to the shoot. That’s when I realized how popular BTS is abroad,” which garnered laughter on set.

In the episode, Jungkook also talked about why he joined Big Hit Entertainment and Jimin faced embarrassing photos and footage from his past.

Meanwhile, BTS is currently promoting songs from their new album “You Never Walk Alone” and has so far secured two wins on “M!Countdown” and “Show Champion.”

BTS
New Yang Nam Show
How does this article make you feel?