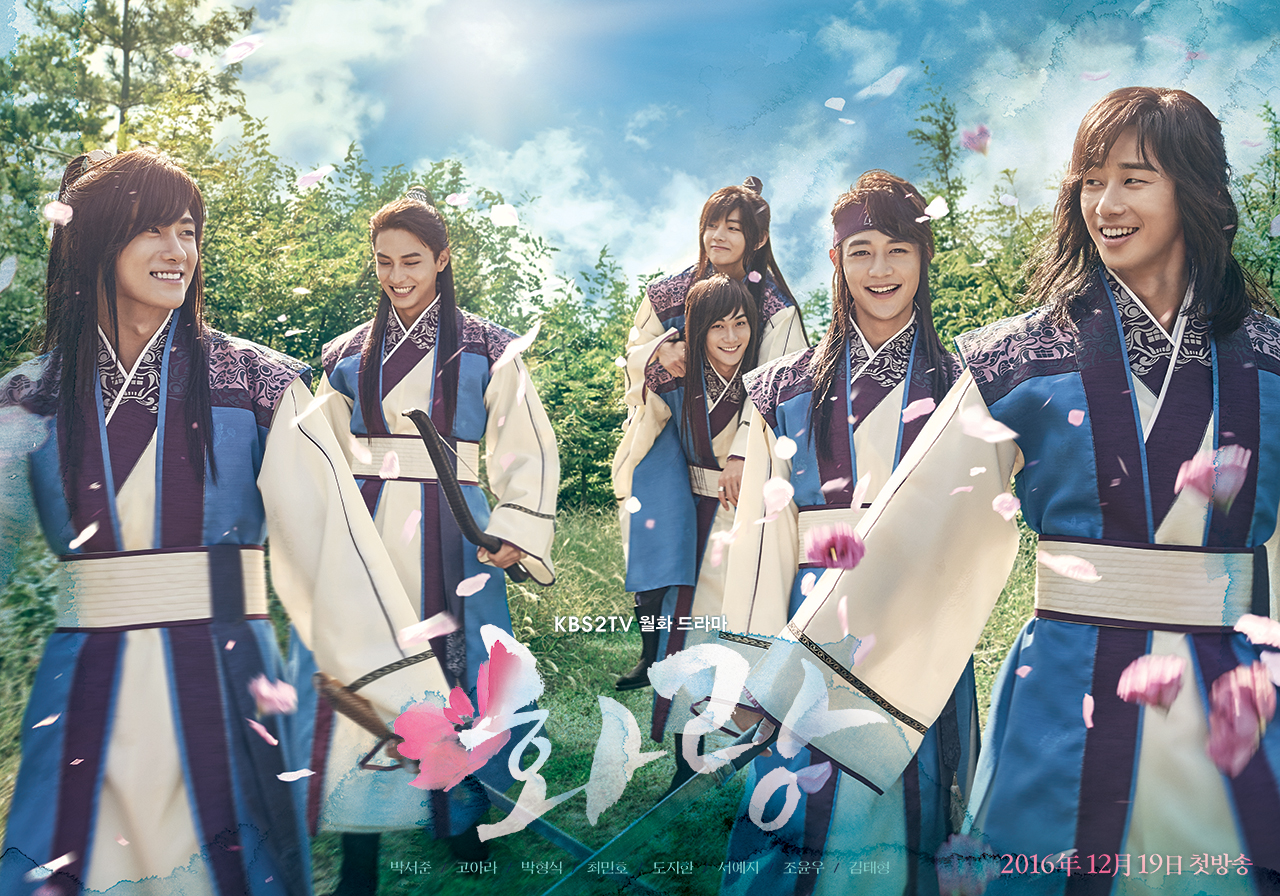 After twenty episodes, the flower boy warriors “Hwarang” must bid us adieu. Park Seo Joon, Kim Taehyung (BTS’s V), and Minho have redefined the pretty sageuk male in this cute, fun, drama that draws its inspiration from the historical Silla hwarang. The show followed the journey of these young men from different social classes who come together to create a new Silla and find love and friendship along the way.

No joke. This show has so many beautiful faces that it is almost painful. Park Seo Joon, Park Hyung Sik, V, and Minho are just a few of the dazzling visuals that graced the screen. If nothing else, a drama fan could simply indulge in the pretty after a long day and be perfectly content. With manes of glory adorning their beautiful faces, the gents of “Hwarang” dance, fight, and bromance their way through the show’s run.

Some of the flower boys are more than just pretty faces, though. Park Hyung Sik proves again that he is a strong actor. He first caught my attention in “Nine: 9 Times Time Travel” and hasn’t let me down in anything yet. BTS’s V made an adorable, yet tragic, acting debut. Minho’s character was vapid through most of the drama, but the show finally let the SHINee visual show his real acting chops near the end. Park Seo Joon has proven himself as a leading man already and his strong presence was felt again here. And Do Ji Han was a standout amongst these beautiful young men with his tortured Ban Ryu.

The hwarangs’ place in history 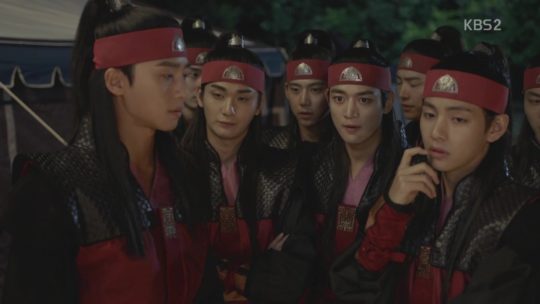 This drama is based on real hwarang, young, handsome noblemen who were skilled in the fine and martial arts and who were tasked with protecting Silla. The re-imagining of how these young men came to be combined with their coming-of-age is the heart of the story. Trapped by circumstance and parental expectation, these hwarang have to learn not only to become hwarang, but how to decide their own paths even if they may diverge from the expectations of others. Tapping into an element of Silla’s history gives this story a grounding in reality. 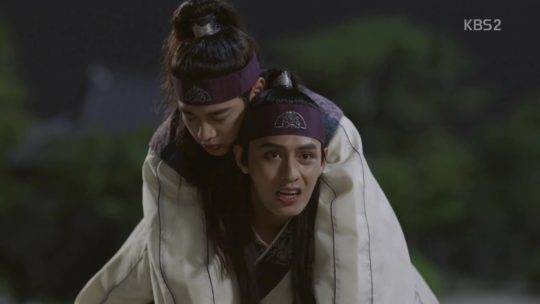 A horde of flower boys absolutely necessitates bromance. V’s character, Han Sung, is often the glue between these displaced young men with his bright disposition and easy smile. Soo Ho (Minho) and Ban Ryu (Do Ji Han) are frenemies who push each other to become better with a few hugs and sword fights to seal their relationship. But the real bromance lies between Ji Dwi/King Jinheung (Park Hyung Sik) and Seon Woo (Park Seo Joon). These young men find strength in each other as they search for ways to change a floundering Silla into a blossoming kingdom that takes care of its own. Friendship is one of the primary forces that keeps the engine of “Hwarang” running. 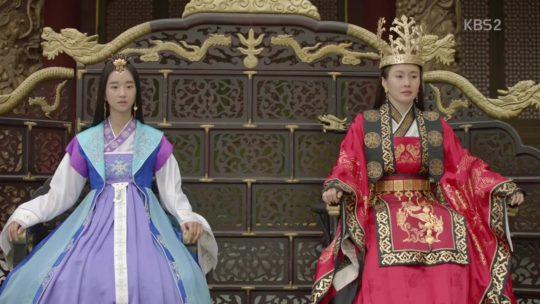 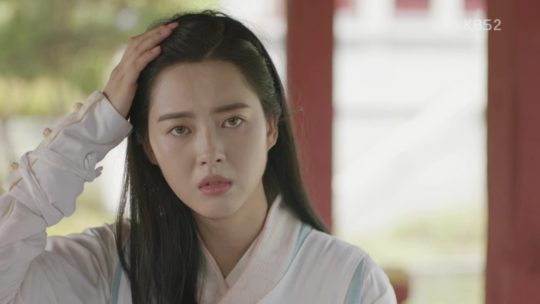 This is where the drama falls short. It’s not that the actresses aren’t good. It’s that the characters aren’t as strong as they should be. Either the characters are one dimensional, like Queen Ji So (Kim Ji Soo) or Princess Sook Myung (Seo Ye Ji), or they are dependent on men for personal growth like Aro (Go Ara). Aro is especially disappointing because she had the potential to become a strong character with her run as a wonhwa and hwarang healer, but she consistently fell short. Her purpose in the drama was to support Seon Woo and encourage Ji Dwi while achieving little personal development. Queen Ji So and her daughter Sook Myung were power hungry women whose take on love was possessive, just like their outlook on ruling and power. Anger and entitlement eddied through them, but little else. 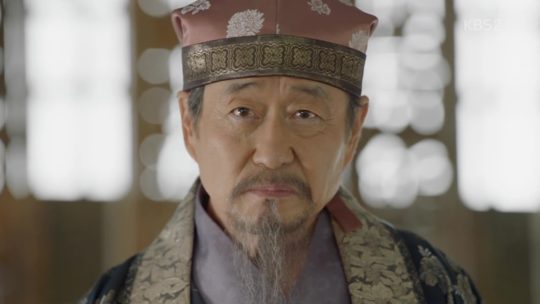 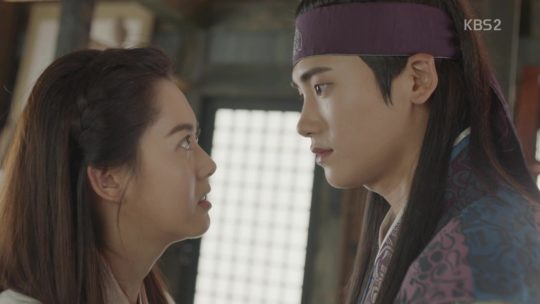 Another weak point of the drama. This story had the potential to flesh out and become something great. But like many fusion sageuks, it was more fusion than sageuk. The historical aspect became more of an adornment of the story than the meat and potatoes. The lack of focus on a clear historical basis weakened the villains and the general movement of characters. Each heavy step of the villains was a forced attempt to push the plot forward rather than an integrated part of the story. Minister Young Shil, despite being played by talented veteran Kim Chang Wan, was a bland villain. Luckily the bromance, the pretty, and the romance kept “Hwarang” engaging.

As Seon Woo and Aro grow up through the events of the story, so does their love. At first they fuss and turn away from each other easily as they find their footing with one another. As events grow more serious, these two place their trust fully in one another and become a couple to admire. Ji Dwi, while a second lead, also grows because of love. Aro is a solid friend to him, encouraging him and keeping his secrets. His love for her and desire to protect her actually make him a better man, especially when he learns to let her go. 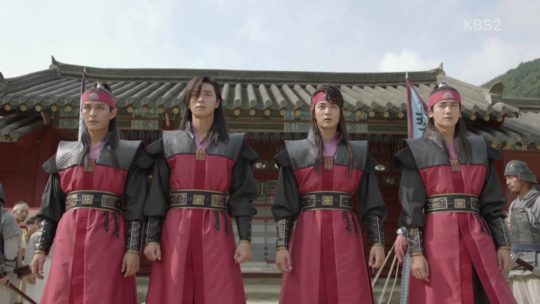 Fun. Pretty. Easy to watch. This isn’t a drama that will make you think too hard. It will make you squee with the flowery goodness that abounds in almost every scene. When the going gets rough, it doesn’t get too rough because, in the end, “Hwarang” is an up-lifghting story about growing up and forging your own path in life.

What did you think of “Hwarang,” Soompiers? Let us know in the comments below!