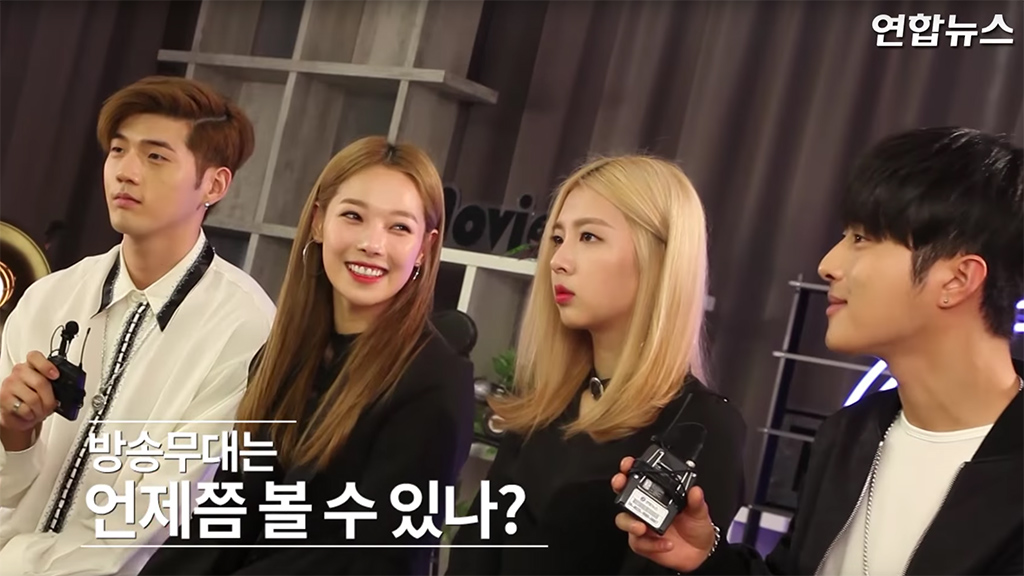 K.A.R.D Talks About Being Embarrassed By Their Unique And Bold Choreography

K.A.R.D recently sat down for an interview with Yonhap News and danced their choreography for “Don’t Recall” at double the normal speed, resulting in an amusing videos for fans to watch.

K.A.R.D expressed surprise at their success abroad and credited it to the popularity of their song’s genre, dance hall, overseas. Matthew thanked international fans in English and said, “We appreciate all the support you guys are giving us for ‘Don’t Recall.’ Keep supporting, gonna keep coming out with that fire.”

The group also talked about their unique choreography, which they have been known for since their first song “Oh NaNa.”

They also talked about the twerking choreography that was part of their dance for “Oh NaNa.” The members said that, although it isn’t done often in Korea, it’s a popular dance move overseas. J.Seph said that their choreographer told him and Matthew to look at Jiwoo and Somin during the twerking part of the choreography when they performed it. When asked if their choreographer often pushes for them to be more bold, J.Seph admitted that he receives that criticism the most often, as he gets embarrassed easily.

The members said they had no idea that K.A.R.D would be created and that they came out with their first pre-debut project single after only three months of training together. J.Seph stated that they see K.A.R.D as an opportunity to break any stereotypes around the concept of a co-ed group.

Yonhap News also released a video of K.A.R.D dancing “Don’t Recall” at two times the normal speed of the song. The intense choreography proved to be even more difficult at double the speed, but K.A.R.D was all smiles as they completed the performance, despite a few cute mistakes.

Check out the video of the 2x dance below!