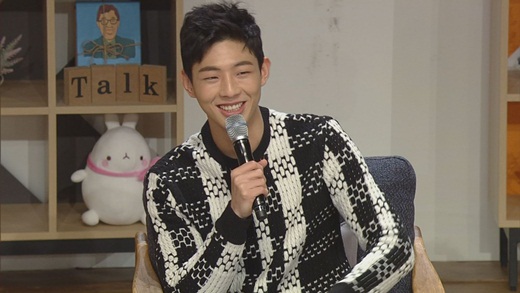 Ji Soo sounds like such a sweetheart, that it’s hard to believe people might think anything else of him!

During the program, Ji Soo revealed an encounter that took place before the show with one of the staff members.

He said, “I was standing still and one of the writers came up to me and asked if I wasn’t feeling well today.” Ji Soo revealed that this was a pretty common occurrence in his daily life. “I’m often misunderstood because I give off a strong impression when I stare at people [because of] my monolids.”

The actor explained that to counteract this, he always tried to present a smiling face so that people wouldn’t get the wrong impression.

Not only did Ji Soo manage to steal the hearts of many female staff members on set while discussing other interesting topics, but he also reportedly captivated the attention of MC Kim Je Dong, who couldn’t stop complimenting him.

What was your first impression of Ji Soo?