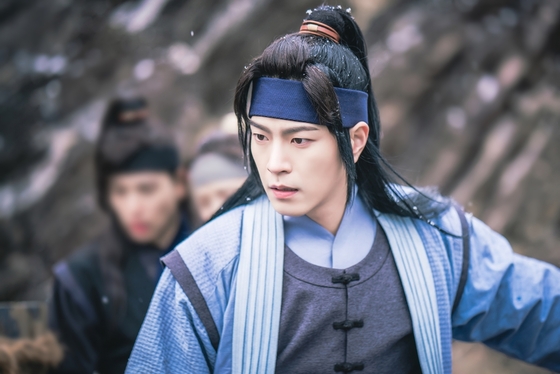 A new preview still of Hong Jong Hyun starring in “The King Loves” has been revealed.

In the still, he has a fierce glare towards his opponent. Hong Jong Hyun’s character is very trustworthy, and he is protecting his friend Im Siwan and YoonA in this particular scene.

This drama is based off the novel of the same name, and deals with the love triangle between two best friends and one woman in the Goryeo Dynasty. It is 100 percent pre-recorded and will air some time this year.

What are your thoughts on Hong Jong Hyun’s character so far?