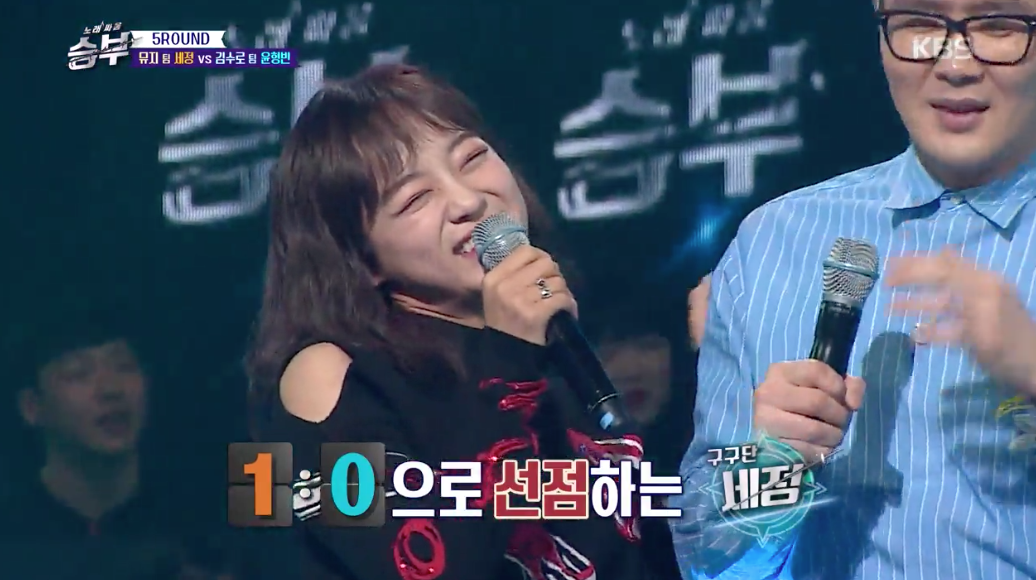 gugudan’s Kim Sejeong made a special appearance on “Singing Battle”!

“Singing Battle” is a one-on-one singing competition usually between non-singers, and professionals judge their talent. Contestants come out and get to pick their opponents in the next round if they win. For this recent episode, it was a battle between singer Muzie’s team and actor Kim Soo Ro‘s team.

Teams are allowed to have one “hidden card” singer on the show and on for this episode on February 24, Muzie’s team summoned gugudan’s Kim Sejeong as their hidden card.

Comedian Yoon Hyung Bin had been winning three times in a row and called Muzie’s team member Hwang So Hee out, but Muzie pulled out his hidden card instead. 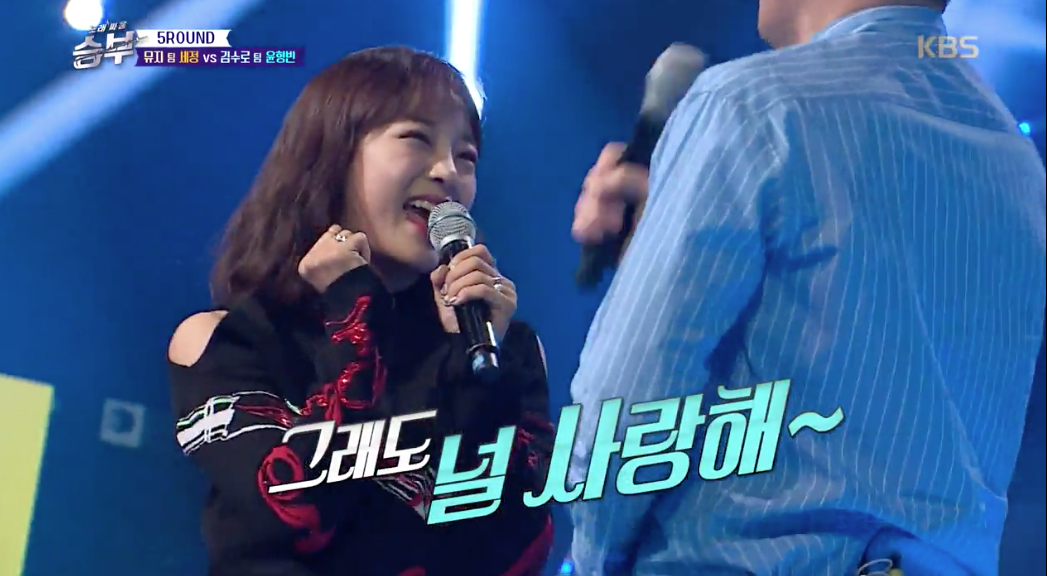 Then gugudan’s Kim Sejeong rose on stage and melted her opponent with her cuteness while singing Park Myung Soo and Jessica’s duet “Cold Noodles.”

As a result of her loveliness and vocal talent, the idol won the battle against Yoon Hyung Bin with 10 to 3 votes from the judges.

After her victory, Kim Sejeong cutely commented, “Please give gugudan a lot of love as well as Sejeong.”