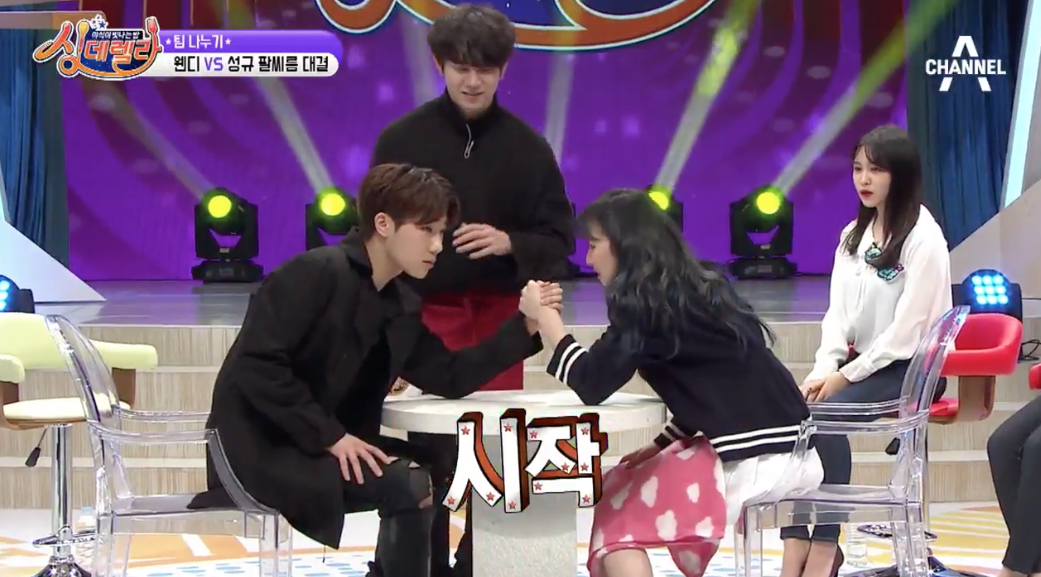 Red Velvet appeared on the February 24 episode of “Singderella” as the first guest after INFINITE’s Sunggyu joined the show.

When the hosts asked Wendy who she would pick out of the four MCs if she were to be stuck in an island with him, she picked INFINITE’s Sunggyu. 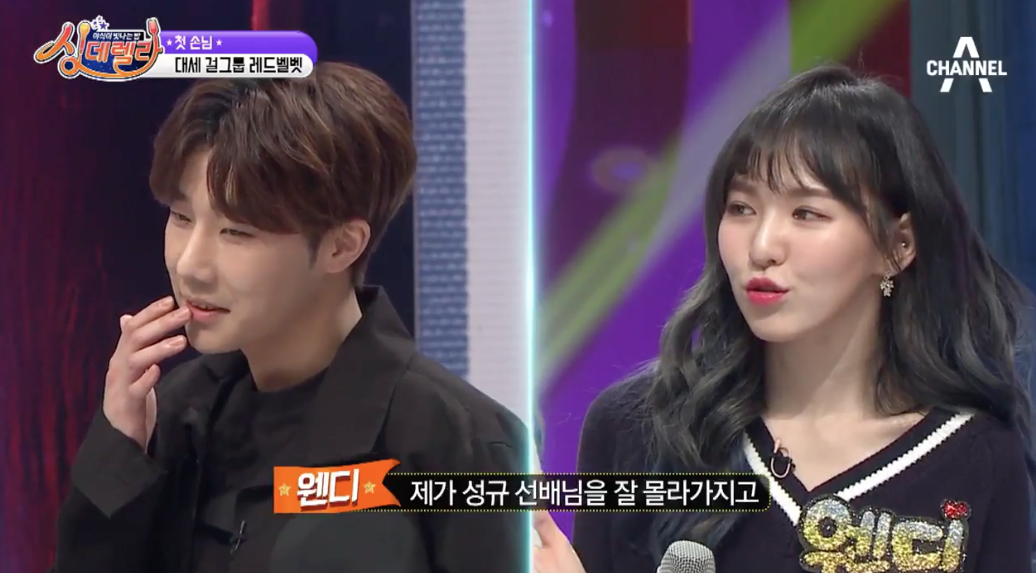 Wendy explained why, saying, “It’s because I don’t know much about him yet.”

Her interaction with Sunggyu continued later in the show when she was debating what to show as her talent. After thinking, she decided, “Arm wrestle?” and picked Sunggyu as her opponent. 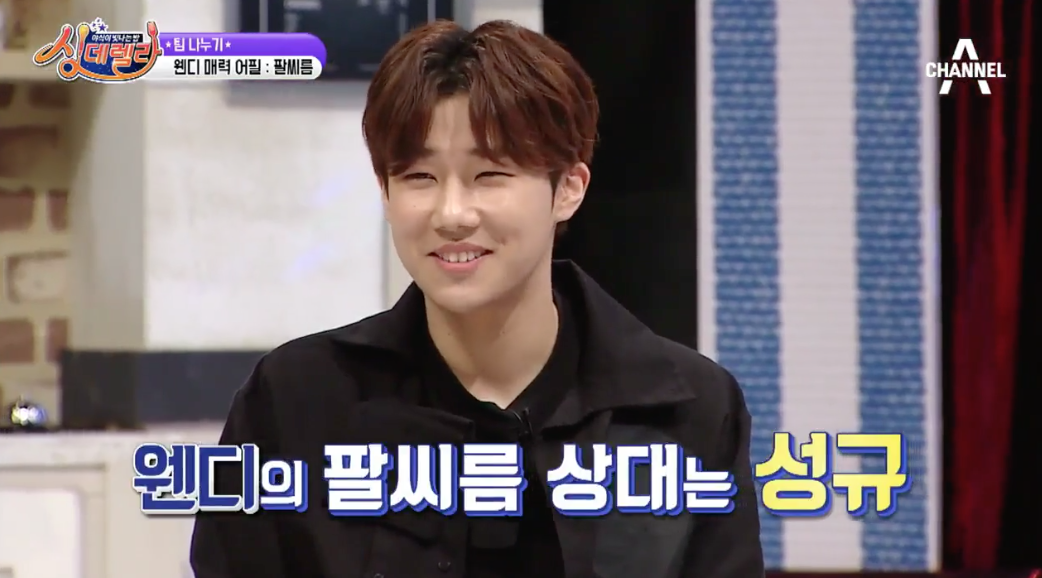 Sunggyu told her, “I took boxing lessons when I was young,” and demonstrated a few moves. Hilariously, Wendy imitated his moves right after and received more compliments from the hosts.

Sunggyu let her arm wrestle with her left arm, which she claimed had more strength.

When the arm wrestle began, Sunggyu smiled and said he wasn’t sure if he should let her win or not. The MCs teased him saying that he’s stalling time to continue holding hands with Wendy, which he didn’t actually deny. 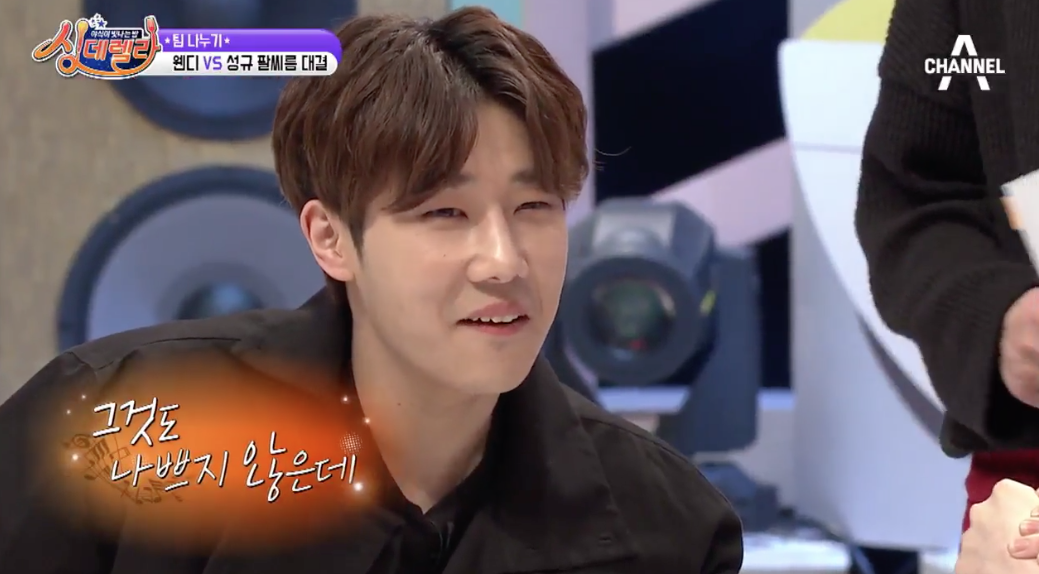 After letting his arm fall a bit to her side, Sunggyu smiled and easily won the arm wrestle.

Afterwards, Wendy became worried that her nails made marks on his hand. The other hosts became envious of her attention and asked her to look at their hand, too. 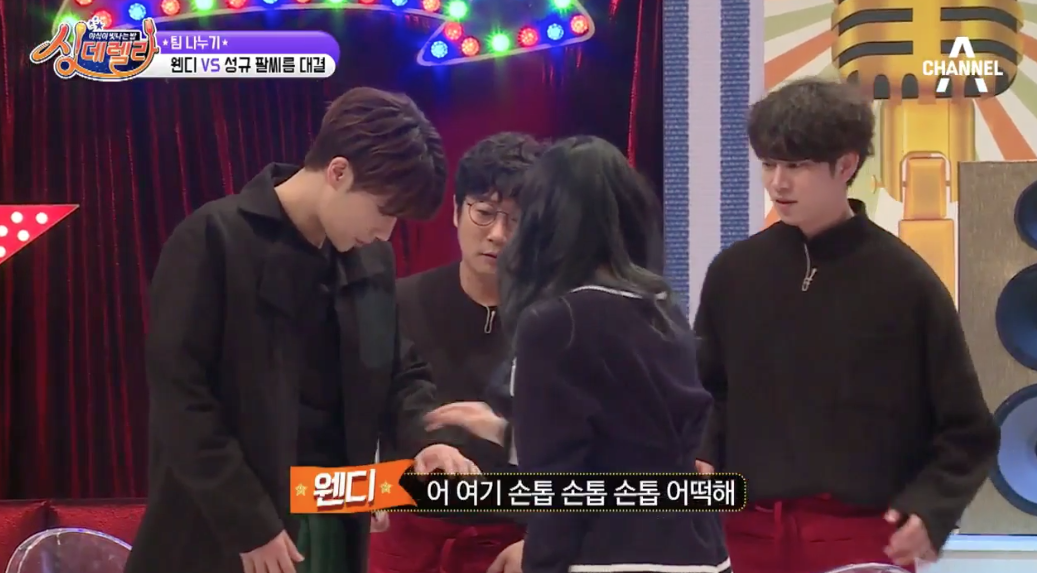 Red Velvet
Wendy
INFINITE
Sungkyu
Singerella
How does this article make you feel?