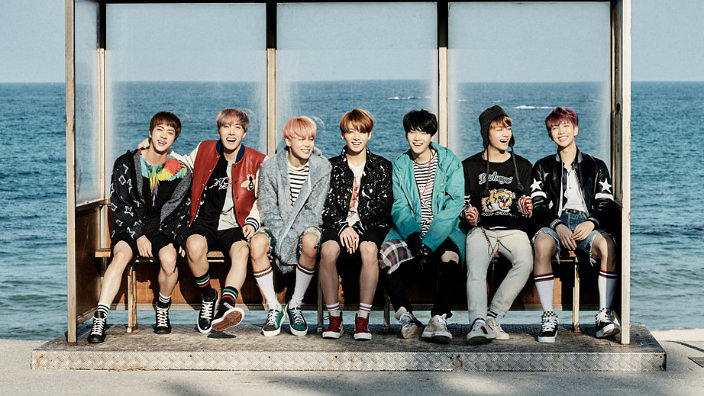 Recently the Skype team behind the video chat application’s official Twitter account engaged in an interesting conversation with one of their users.

The conversation then continued with pictures of the user’s dog and questions about who Skype’s bias was. (Cheekily, the account replied, “You don’t love every member equally???”) In response to more questions, the Skype team also commented on BTS’s latest comeback tracks, saying that they enjoyed the singing on “Spring Day” but overall preferred “Not Today.”

The conversation ended on a sweet note, with Skype telling the user, “If there are two things we love it’s K-Pop and you.” 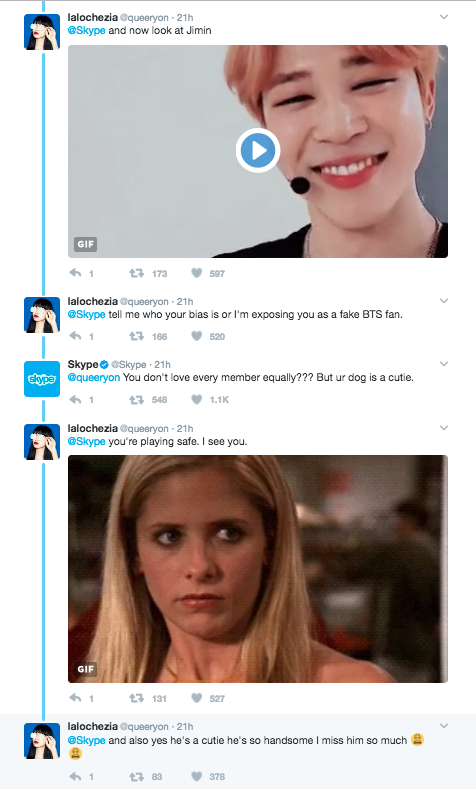 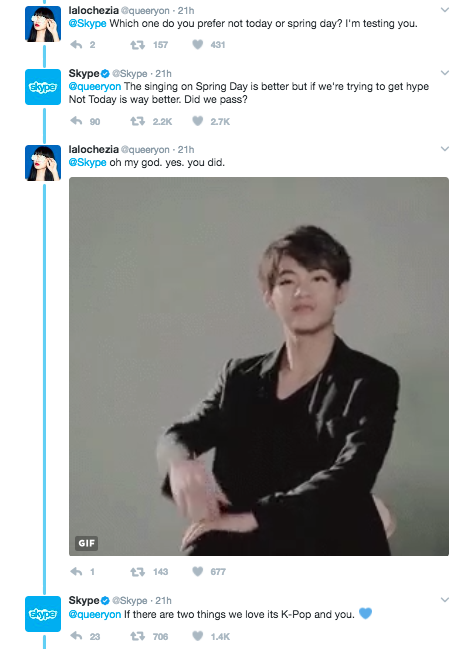