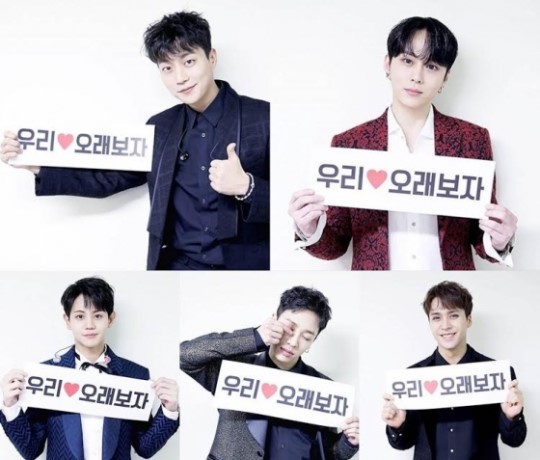 On February 28, a representative from Highlight’s management agency, Around US Entertainment, stated, “Highlight has recently wrapped filming for the music video of their new song. They are currently still in the process of preparing their new album.”

When asked about a comeback date for Highlight, the representative replied, “While a March comeback has been brought up in discussions, nothing has been confirmed; however, it will be decided very soon.”

Highlight (formerly known as BEAST) is currently preparing for their comeback!

On February 26, Highlight’s agency Around US Entertainment stated, “Highlight is preparing to make a comeback as soon as possible, but no definite time period [for the comeback] has been decided.”

Their agency’s comments were in response to one media source previously stating that Highlight was finished with filming for their comeback music video.

Following the news that BEAST members will start promoting under the new name of Highlight, speculations and expectations for their new album have grown.

In response to the questions, a source from Around US Entertainment said, “We decided on the name on February 24. It’s a bit early to talk about the release of a new album.”

The source continued, “We have always been preparing for a new album,” and explained that while they will make preparations, nothing has been decided upon yet.

BEAST
Around US Entertainment
Highlight
How does this article make you feel?