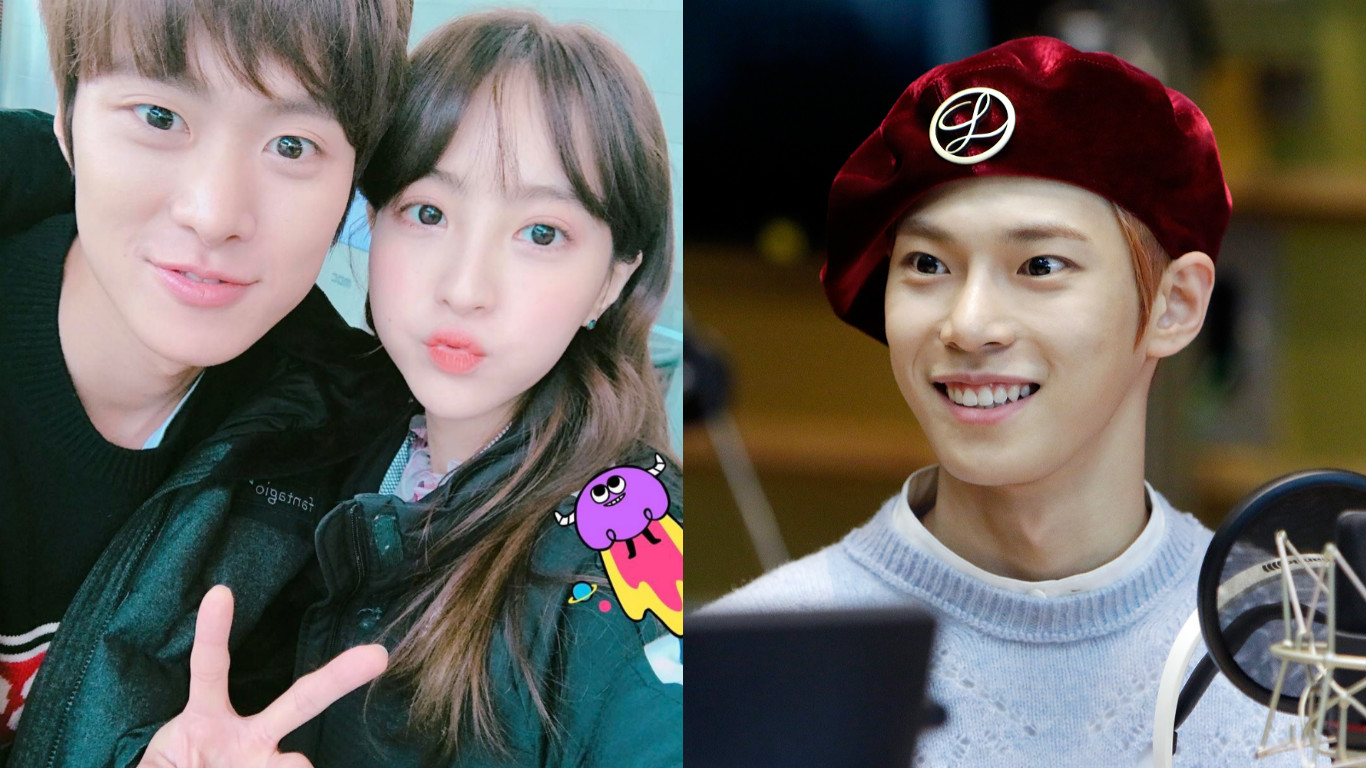 NCT’s Doyoung knows just what to say to get an upper hand on his older brother, Gong Myung.

During the episode of MBC’s “We Got Married” that aired on February 25, Gong Myung and Jung Hye Sung traveled to Gangwon-do. The actor even planned a trip to a clay shooting range, something that the actress had wanted to try for a long time. Getting competitive, the two battled it out to see who would win a “Wish Coupon” between the two.

While eating, Jung Hye Sung brought up Doyoung as she asked if he was also watching the show, as Gong Myung had previously mentioned that his family watches the program together.

Gong Myung gave a positive answer and added that his younger brother had wanted to talk to Jung Hye Sung. He immediately took out his phone and called Doyoung. Despite this being Doyoung and Jung Hye Sung’s first phone conversation, they spoke warmly to each other like they had known each other for a long time.

Doyoung revealed that Jung Hye Sung is Gong Myung’s ideal type, stating that his brother likes women who have a lot of aegyo. He even had his brother sweating bullets when he added, “I know my brother’s entire history of past relationships, so I’ll answer any and all questions you may have.”

Doyoung is set to meet with the couple in an upcoming episode of MBC’s “We Got Married,” and if this phone conversation is any indication of what’s to come, we can’t wait to see them together!

Catch up with the latest episode of “We Got Married” below.

NCT
Gong Myung
Jung Hye Sung
Doyoung
We Got Married
How does this article make you feel?