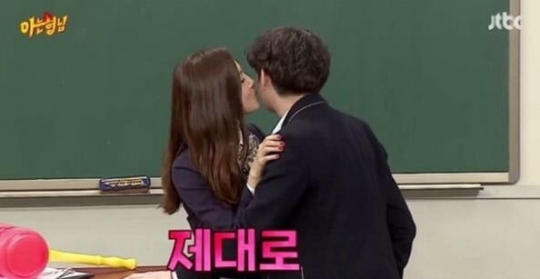 Actress Han Chae Ah recently guested on JTBC’s “Ask Us Anything,” where she kissed Super Junior’s Kim Heechul on the cheek!

The actress appeared on the February 25 episode as a guest alongside actress Kang Ye Won. 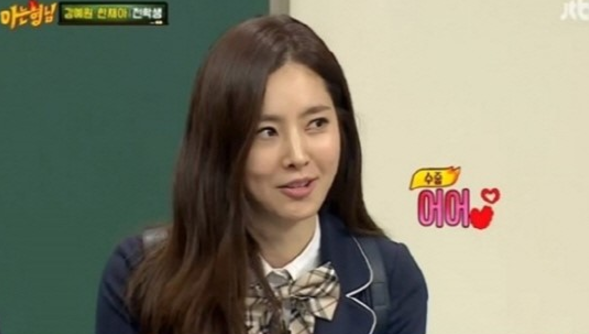 During the episode, Han Chae Ah chose Kim Heechul as someone she didn’t want to be partners with, saying, “He has a good-looking face that is uncomfortable [to look at]. However, when Kim Heechul answered most of her quiz questions correctly, the actress had to give the Super Junior member a kiss on the cheek as a reward.

“If you’re going to [kiss me], then make sure to do it so that we hear the sound,” said Kim Heechul. Han Chae Ah seemed to hesitate, saying, “I’m nervous.” But in the end, she kissed him on the cheek. Afterwards, the actress could not meet Kim Heechul’s eyes and was embarrassed for quite a while.

Meanwhile, Han Chae Ah also seemed to indirectly acknowledge the existence of her boyfriend, causing the “Ask Us Anything” members to be taken aback.

Ask Us Anything
Han Chae Ah
Kim Heechul
How does this article make you feel?