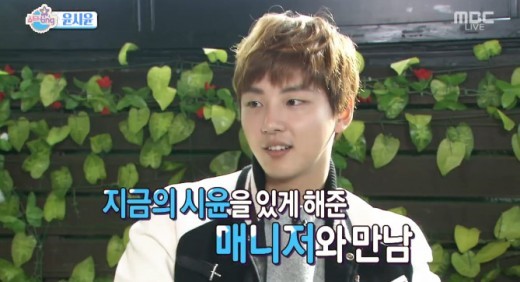 Actor Yoon Shi Yoon surprised everyone during an interview with MBC’s “Section TV Entertainment Relay” when he confessed that he once considered giving up his acting career.

The actor stated, “[At the time,] No one was taking notice of me in the theater and film department [at school], and no company wanted me. I was faced with a harsh reality in which I couldn’t even buy my family a delicious meal, and it scared me to think that that’s what my future was going to be.”

During this time, he seriously considered giving up a career in acting. Conflicted on what decision to make, Yoon Shi Yoon went on a trip to clear his head, and that’s when he met his current manager. Soon after, he was picked to appear in Kim Dong Ryul’s music video and made himself a household name with his role in MBC’s “High Kick Through the Roof.”