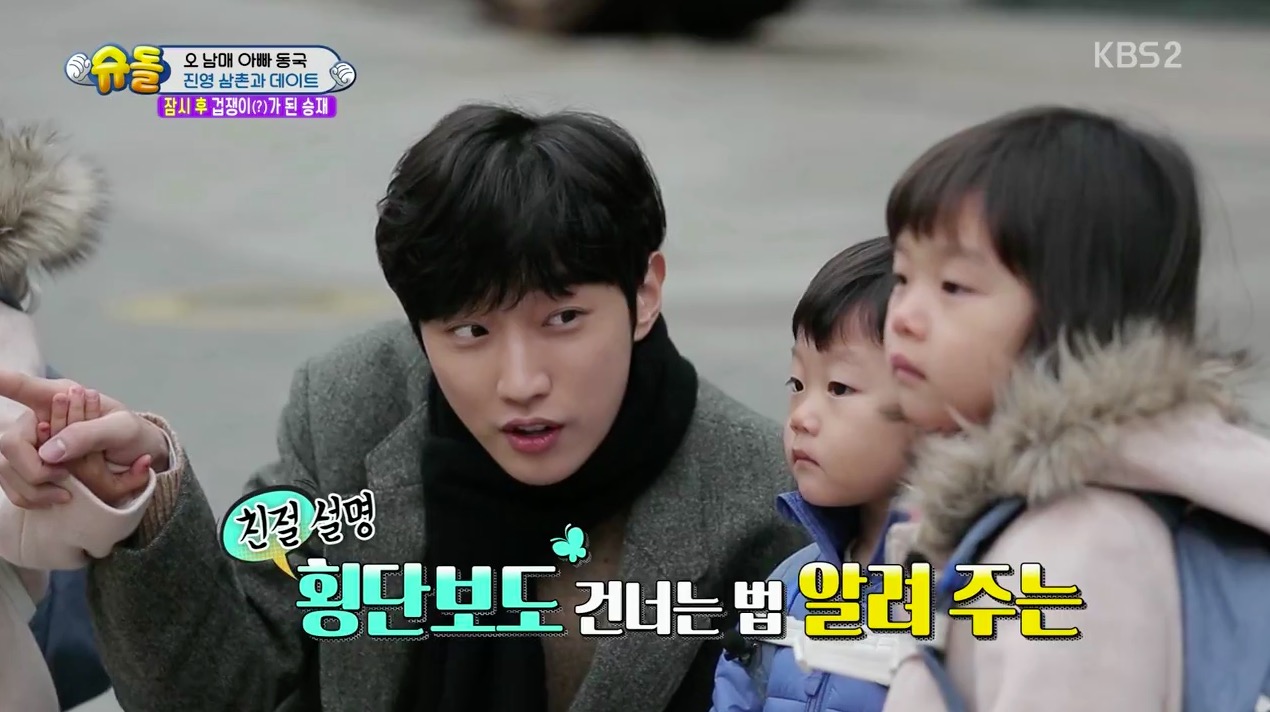 Watch: B1A4’s Jinyoung Is A Sweet And Caring Babysitter For Daebak, Seol Ah, And Soo Ah

On February 26’s episode of “The Return of Superman,” Lee Dong Gook and his adorable children bumped into B1A4’s Jinyoung, who ended up taking on the role of babysitter for a while!

Lee Dong Gook brought Daebak, Seol Ah, and Soo Ah with him to a Seoul hair salon, where Jinyoung also happened to be having his hair done. Jinyoung grinned when he spotted the family and came over to politely say hello. As the three children looked up at Jinyoung in amazement, Lee Dong Gook said to them, “Since we’re in Seoul, we see this kind of person at the salon!”

The kids adorably greeted Jinyoung, and Lee Dong Gook reminded them that they’d met Jinyoung before when he had given them an award at an award show (the KBS Entertainment Awards back in December). After laughing and shaking each of the childrens’ hands, Jinyoung offered to play with the kids while their dad had his hair cut. 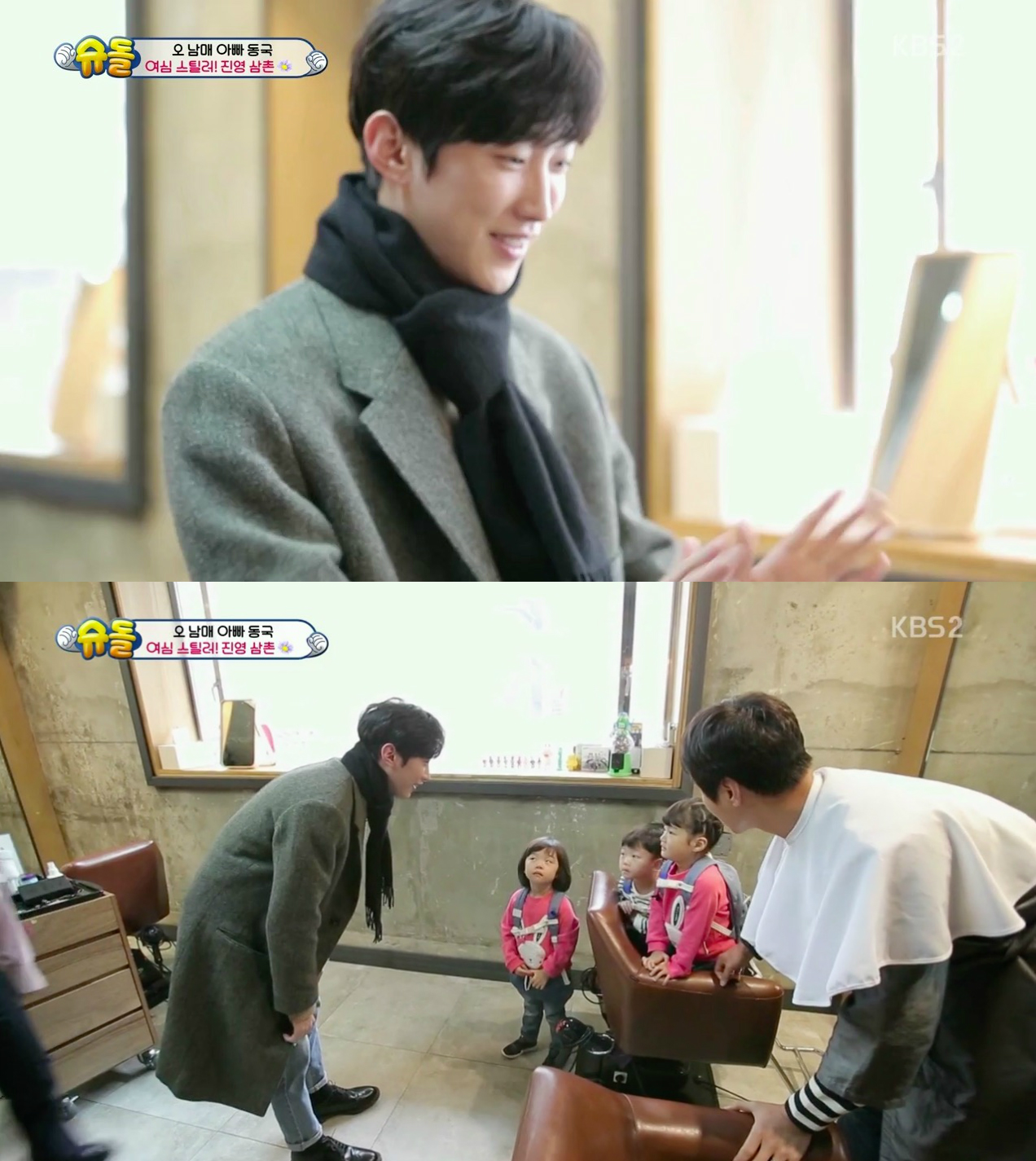 Jinyoung helped the little trio get their coats on and held their hands as he took them to a bakery for snacks. He even crouched down to their height while they were waiting for the lights to change, and gave them a quick lesson on how to safely cross the street. 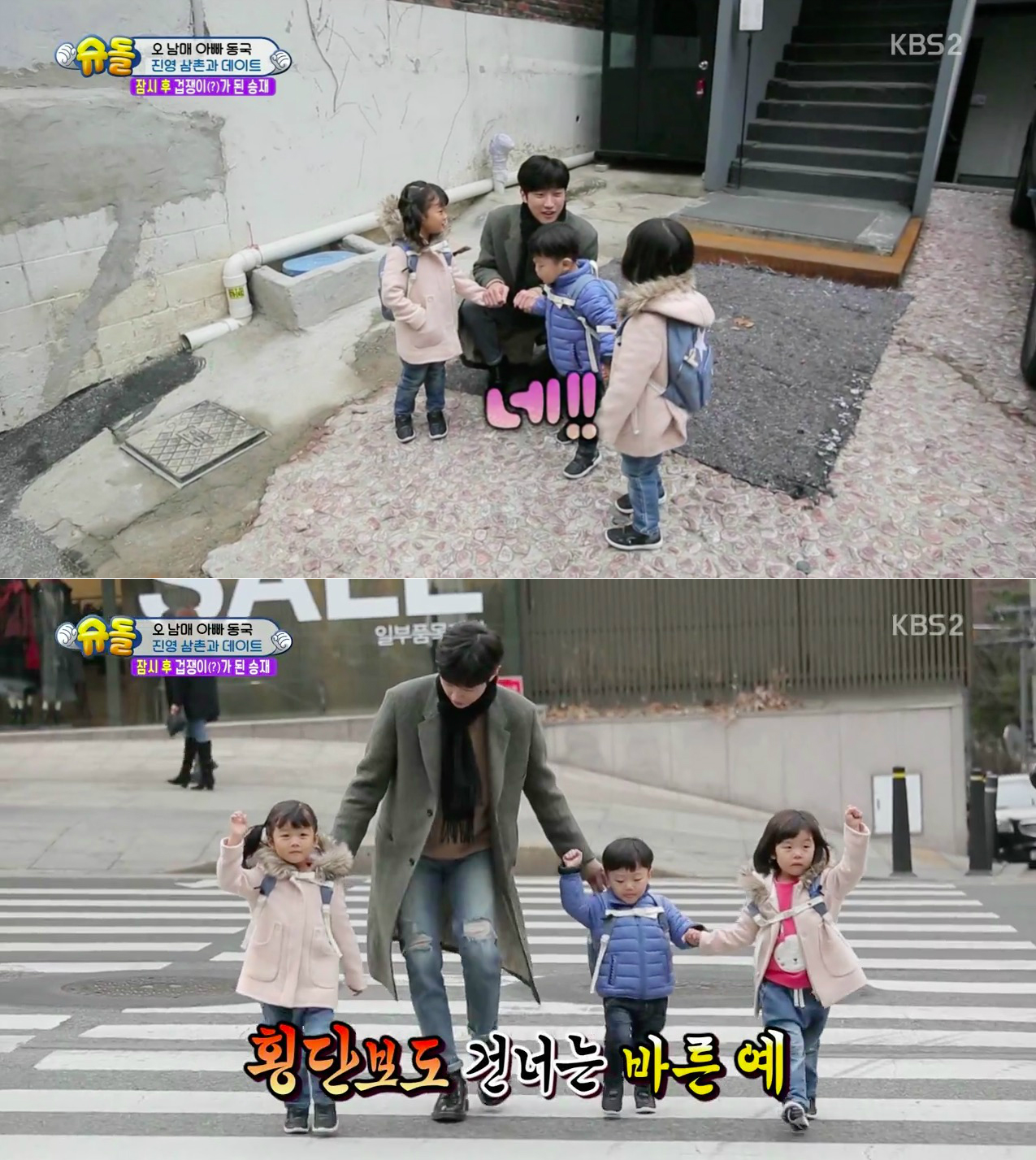 When they got to the bakery, he thrilled the kids by letting them choose snacks for themselves and their dad. He then got a taste of what it’s like to take care of three children at once, as they all began to demand his attention! The trio obviously loved him, with Soo Ah even offering him her juice. 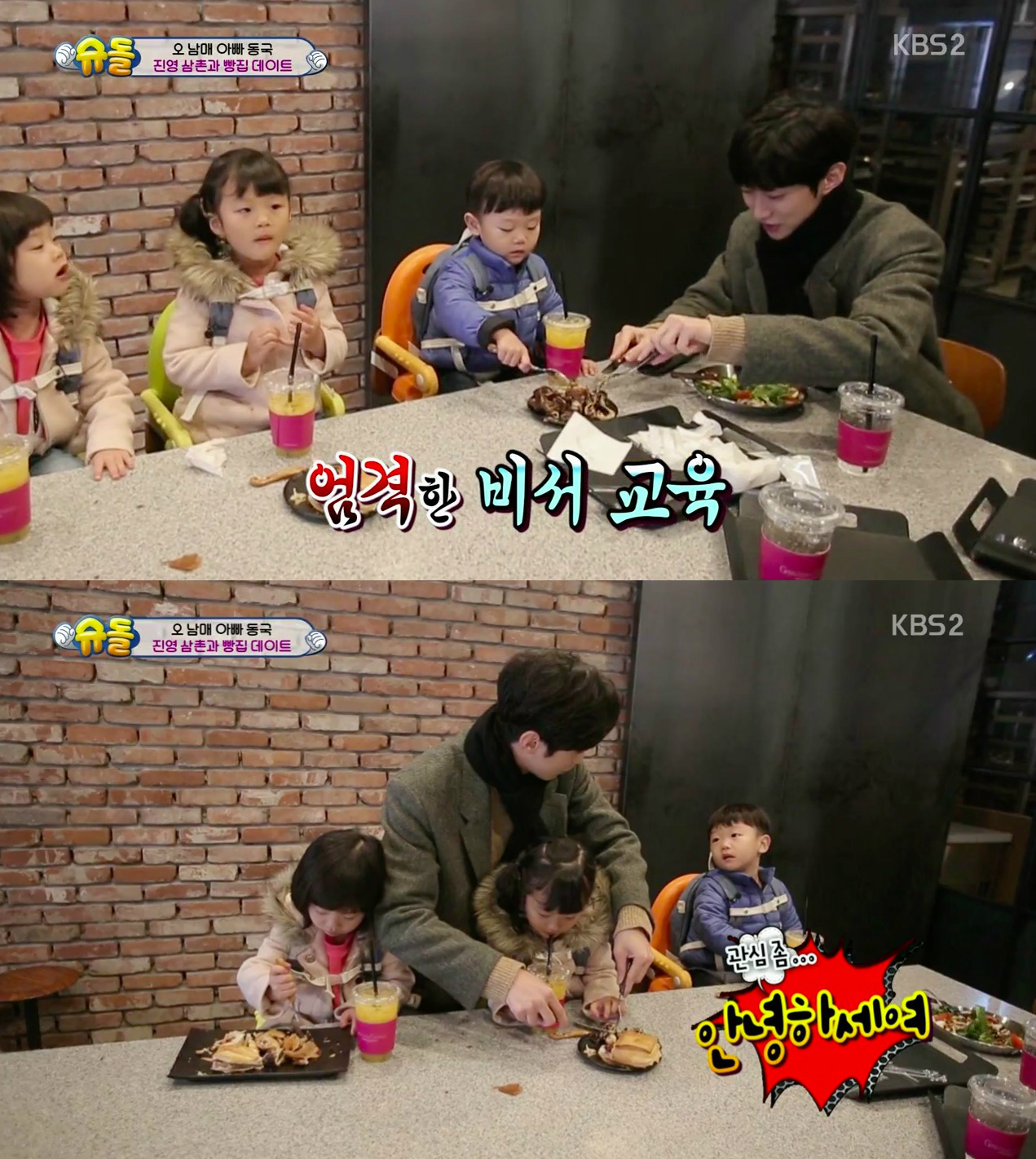 He then played hide and seek with them, before returning the kids fed and happy to their dad back at the salon.

Jinyoung also shared a photo of himself with the trio to his Instagram on February 26 with the caption, “I had such a happy and fun time with Seol Ah, Soo Ah, and Daebak. I hope you’ll grow up to become great people like your dad!! I already miss you, kids.”

Watch Jinyoung and the adorable family in the episode below!