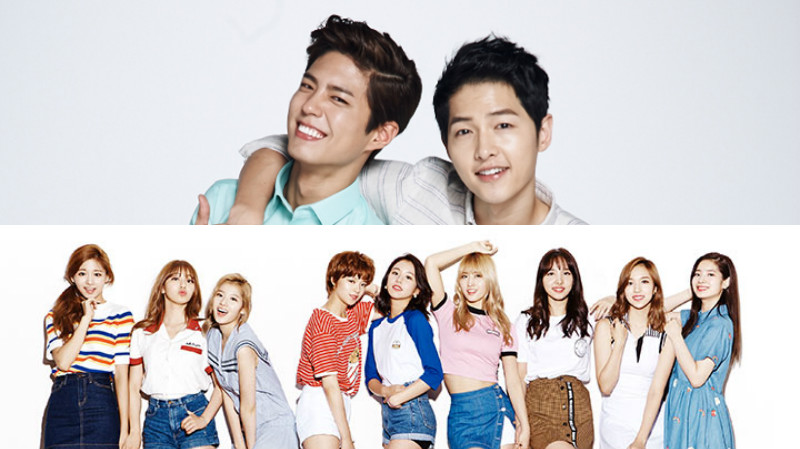 Forbes released their annual ranking of the “Top 40 ‘Power Celebrities.'”

Park Bo Gum took first place in accordance with the popularity he gained through KBS’s “Moonlight Drawn by Clouds,” while Song Joong Ki came in second place following the success of his drama “Descendants of the Sun.” This is both of their first times entering the chart, but with the help of their hit dramas, they were able to rise to the top. 2017 seems to be a year for actors, as many more actors reached higher spots in the chart than usual.

As for idol groups, EXO ranked in the chart for the fourth consecutive year, even topping the charts in 2015 and 2016. Meanwhile, TWICE, BTS, I.O.I, and more made it to the chart for the first time and proved to be some of the most popular groups of the era.

Yoo Jae Suk and figure skater Kim Yuna are especially remarkable, as there has not been a single year that they were unable to make it to the charts since the first time the chart was issued in 2009.

*A previous version of the article incorrectly stated that EXO ranked on the chart for the third consecutive year.