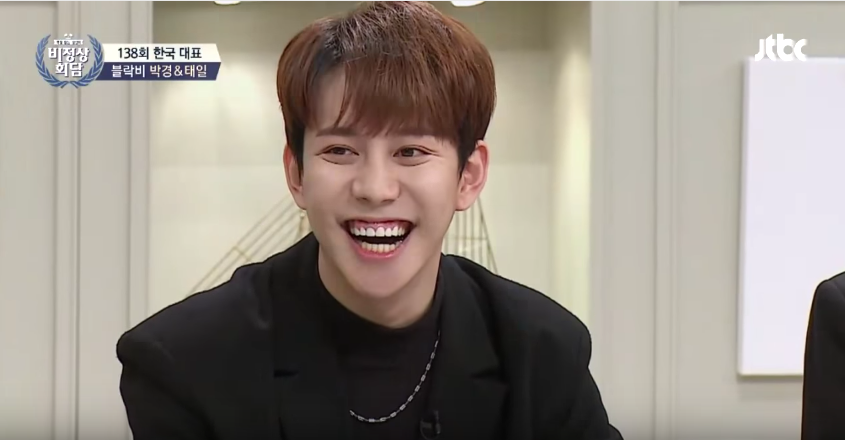 Could you imagine Block B’s Park Kyung as an academic, rather than an artist?

The rapper recently appeared on the February 27 episode of JTBC’s “Abnormal Summit” along with his fellow Block B member Taeil.

As the main question debated in this broadcast was “Is it abnormal that I want to go back to my time as a student?,” the hosts and panel were curious to know how the idols felt.

When they asked Park Kyung, “If you could go back to when you were a student, what would you want to do?,” he simply replied, “I want to study.”

He explained that he was living an overwhelmingly lucky life as an idol and Block B member, but he “wants to study again and try living life as a regular office worker.” Park Kyung has become well-known for his brains after becoming a regular member of “Problematic Men,” and even recently joined Mensa International after marking an IQ of 156 on the Mensa exam.

What would you want to do if you could become a student again (or what do you like about being a student)?

Block B
Abnormal Summit
Park Kyung
How does this article make you feel?