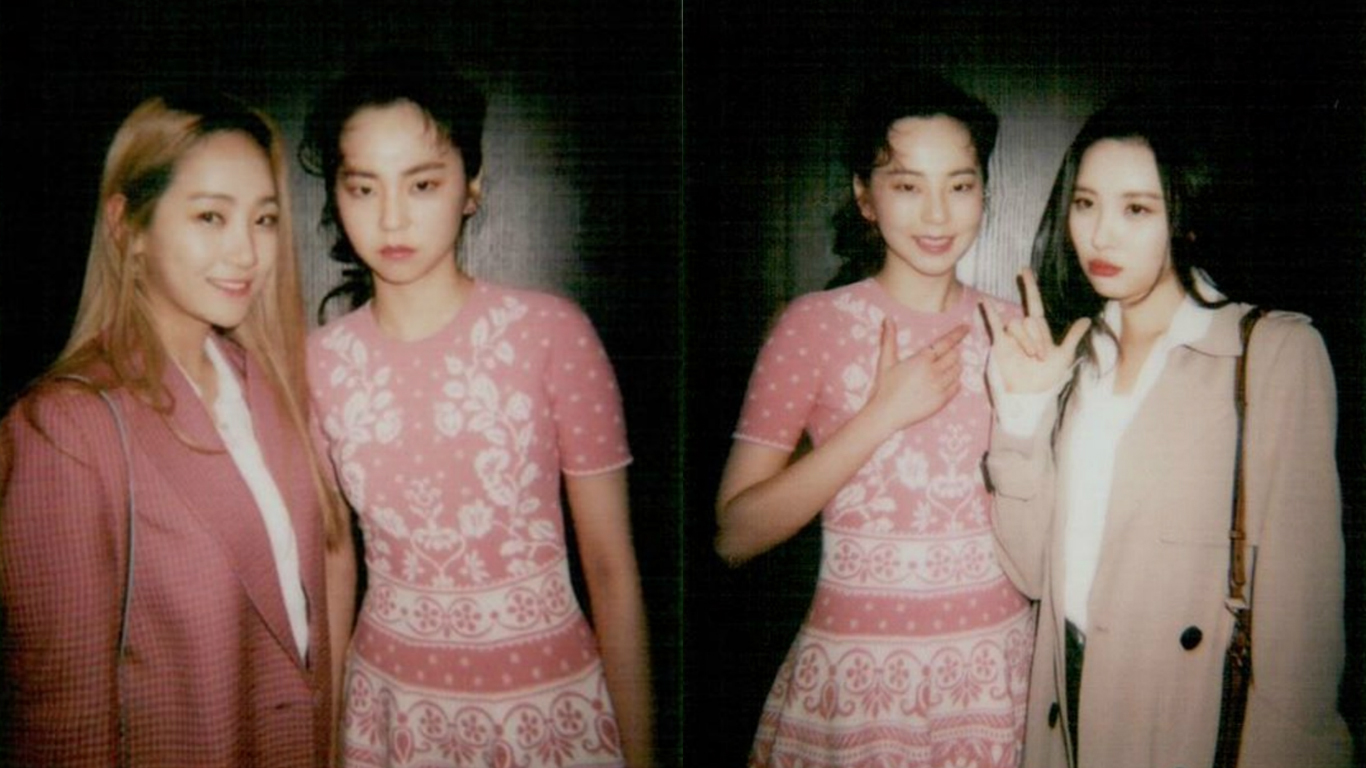 In the photos, Sohee can be seen smiling and posing cutely with the two singers, demonstrating their strong friendship. The three debuted together, along with HyunA and Sunye, in 2007 as the Wonder Girls.

Earlier this year, it was announced that the Wonder Girls would be disbanding and the group released one last song together called “Draw Me” on February 10. Former members Yeeun and Sunmi also decided to leave JYP Entertainment and are both currently looking over new management agencies.

Despite their disbandment, the members are still very close and talk about their relationships frequently.

Meanwhile, Sohee is promoting her new movie “Single Rider,” which premiered on February 22.