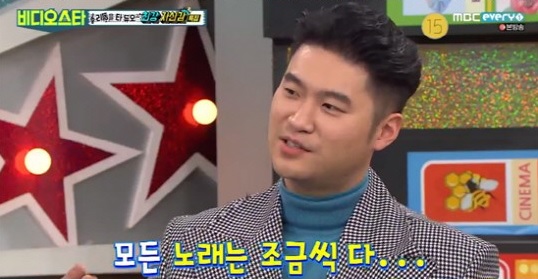 During the episode, the two talked about their songs that spurred from experiences with their significant others. Gaeko shared how the song “Guilty” was born, explaining, “During a heavy argument when [my wife and I] were dating, I blurted out the words ‘I’m the guilty one.’ I thought it would be nice to write that as a lyric, that I even forgot what we were fighting about and noted it down.” 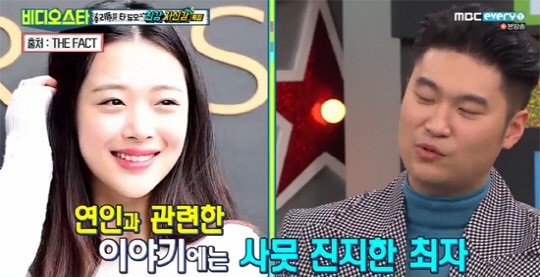 Choiza chimed in, “Me too. Even if I’m out getting a massage, if I think of a really good song, I hurriedly record it for a future sampling.”

He continued, “I gain a lot of inspiration from my girlfriend. In relationships, of course there are good times as well as times when you fight. There are many love songs among my tracks, so a lot of them contain feelings about my relationship. My girlfriend and I give each other inspiration.”

Which songs do you think have been directly inspired by Sulli?

Choiza
Dynamic Duo
Sulli
Video Star
How does this article make you feel?